If you’ve ever observed a child’s instant delight at seeing a cuckoo clock for the first time, you know about the universal appeal of wind-up time pieces. This season, preschoolers will get a chance to experience a whole new world set in the world of such a clock when the new CG-animated series Tickety Toc debuts on Nickelodeon stations in many territories around the world.

Originated and directed by Korean house Funny Flux founder and president Gil Hoon Jung, the series centers on two inseparable heroes Tommy and Tallulah who are always racing against time to keep their clock ticking. Each episode of the visually striking show centers on the familiar patterns of everyday life while allowing young viewers to explore the concept of time.

Nigel Pickard, who heads up U.K.-based The Foundation and is also the CEO of parent company Zodiak Kids and Family, tells us that he knew the first time the show was pitched to him at the MIP market about three years ago that it was going to be a special project. 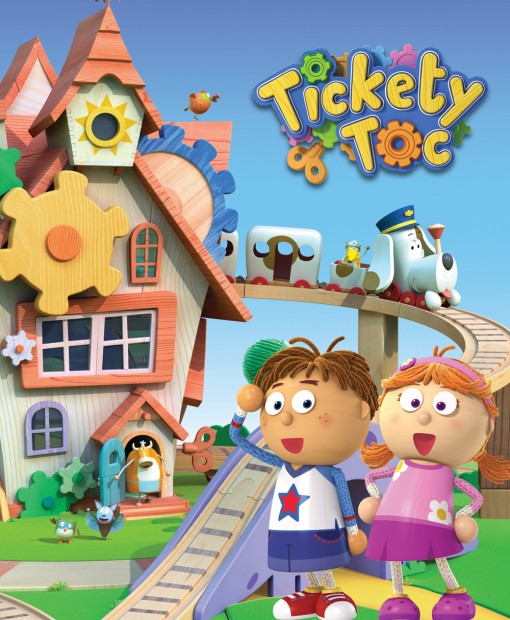 “We loved the world that Funny Flux had created, so we got together and developed it,” says Pickard, who exec produces the series with Vanessa Hill. “It’s one of those concepts that is not culturally specific—it’s not distinctly Asian or American. This toy-land world that they created is very rich, beautifully colored and textured. You have the wonderful fluidity of CG animation, paired with the textures and color palette of a wooden toy universe.”

Another big selling point is the show’s wonderful use of humor. Pickard say Tickety Toc is full of clever visual gags, and is reminiscent of slapstick-y evergreens such as Looney Tunes and Hanna-Barbera cartoons. “I could have sold five shows like this one,” he notes.

While the scripting, voices and recording of the 52 x 11 show takes place in the U.K., the rest of the animation is produced in Korea. The funding for the show, which cost about $7 million, was made possible through the support of the Korean government’s KOCCA (Korea Creative Content Agency). American preschoolers will be the first audience for the show in February, and other Nickelodeon outlets around the world will follow suit in the months ahead. 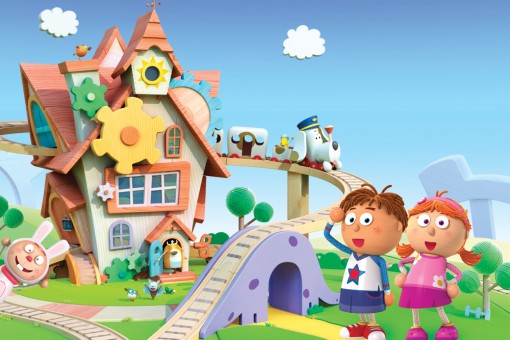 Pickard, who was the founding controller of CBBC and CBeebies, has had a long career in children’s TV productions. Now that The Foundation is part of the Zodiak Media Group (which also oversees Marathon Media and Tele Images Productions), Pickard is busier than ever, but he says he continues to find children’s animation a rewarding career.

“Yes, I think it’s massively competitive, as there are far too many programs, and far too little money. The general global financial squeeze has also made the industry more challenging. You just have to persevere and realize that it takes at least four years for a production to get off the ground. Then you also have to keep in mind that you won’t see licensing revenues until the second season—so that makes it six years. It’s a long haul and there are no guarantees. But I still cling romantically to the notion that a good show will find its way.” 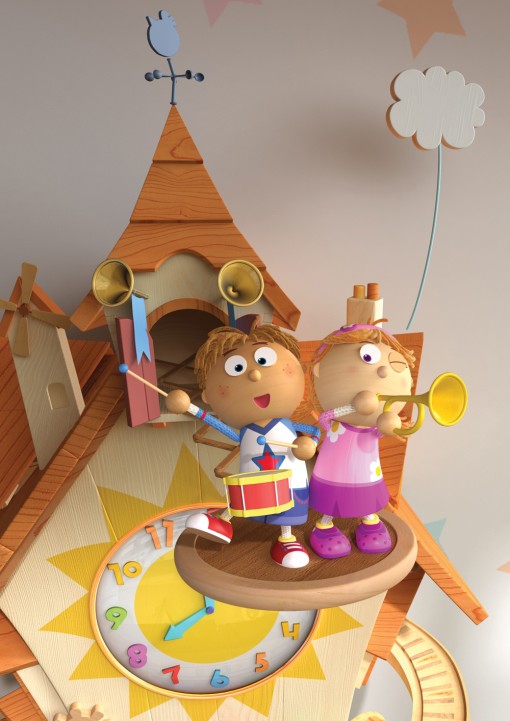