Cartoon Network is delivering a hearty double helping of Uncle Grandpa on Thursday, August 4 with two all-new, back-to-back episode premieres starting at 7:30 p.m. ET/PT — complete with some special guests on the scene to help Uncle Grandpa have an extra rockin’ good mornin’!

First up will be “RV Olympics,” in which Pizza Steve and Mr. Gus go for the gold.

Following will be “Uncle Melvins,” in which special guest stars Buzz Osborne and drummer Dale Crover of legendary group The Melvins get tooned up and teamed up with Uncle Grandpa to help Lizzy learn to rock out in order to win her school’s talent show.

Created by Pete Browngardt, Emmy Award-winning animated series Uncle Grandpa airs weekdays on Cartoon Network, with episodes available on the Cartoon Network App, which you can find on iTunes, Google Play and Amazon. 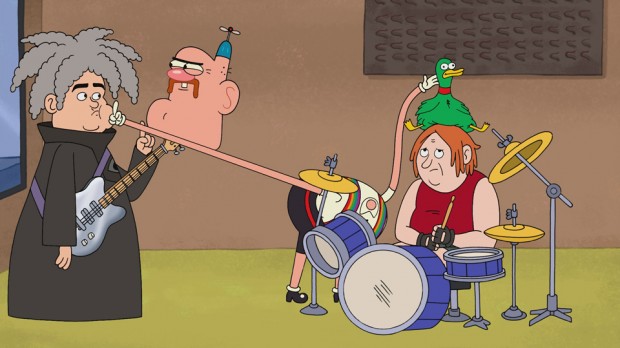