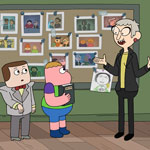 Things are heating up on Cartoon Network this month with two sizzling guest appearances lighting up a string of new episodes of Clarence and Uncle Grandpa. (Scroll down to check out the new clips!)

During a six-night special programming event for Clarence (starting Monday, June 5), NPR’s Fresh Air host Terry Gross will voice her cartoon counterpart in the episode “Public Radio” on June 14. After listening to a public radio broadcast during class, Clarence is inspired to record a radio interview of his own featuring his buddy Sumo. When Ms. Baker hears the charming interview, she calls in a favor and gets Clarence a spot on the actual Aberdale Public Radio with host Debra Copper! The search is on – to find the perfect interview subject for his big day.

And in the madcap world of Uncle Grandpa (new episodes start Tues., June 6), award-winning director Robert Rodriguez (whose credits span Sin City to Spy Kids) guests as himself in “New Directions” on June 8, when Uncle Grandpa and the best directors in the business help a kid in need of acting lessons become a star. 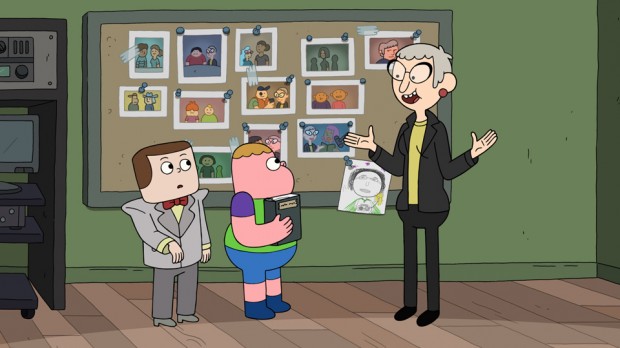