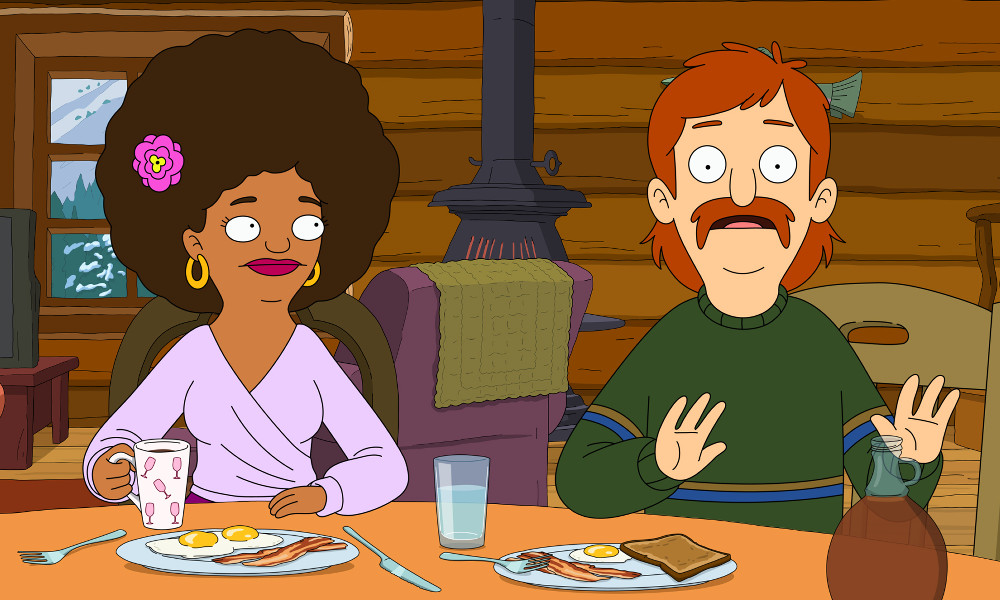 Season 2 of FOX primetime animated comedy The Great North rolls on this week with a brand-new episode, airing Sunday, October 3 at 8:30 p.m. ET/PT. In “The Great Punkin’ Adventure,” a punk band invites the Tobin family’s middle brother Ham (voiced by Paul Rust) to audition after hearing him scream, while eldest brother Wolf (Will Forte) and his wife Honeybee (Dulcé Sloan) get a shot at their first directing gig.

In this exclusive clip provided to Animag, we get a sneak peek at the table meeting where Honeybee and Wolf announce their big news, and we hear about some of the unique landmarks of Lone Moose, Alaska.

The Great North follows the Alaskan adventures of the Tobin family, as a single dad, Beef (Nick Offerman), does his best to keep his bunch of kids close – especially his only daughter, Judy (Jenny Slate), whose artistic dreams lead her away from the family fishing boat and into the glamorous world of the local mall. Rounding out the family are Judy’s older brother, Wolf (Forte) and his new wife, Honeybee (Sloan), middle brother Ham (Rust) and 10-year-old-going-on-50 little brother Moon (Aparna Nancherla). While their mother is not in the picture, Judy seeks guidance from her new boss, Alyson (Megan Mullally) and her imaginary friend, Alanis Morissette (as herself), who appears to her in the Northern Lights.

Season 2 kicked off with a big musical episode, in which Judy reached the monumental milestone of getting her braces removed, and will feature special holiday-themed episodes celebrating Halloween, Thanksgiving and Christmas, Tobin-style.