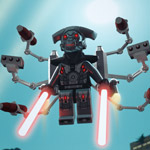 The stakes are high for young hero-in-training Rowan in this clip from the season 2 premiere of LEGO Star Wars: The Freemaker Adventures, as he faces down a terrifying hunter droid with a very bad attitude while trying not to lett his friends down … literally. New episodes return to Disney XD on Monday, July 31 at 7 a.m. ET, with debuts every Monday through Thursday until August 16.

Season 1 closed with the Freemaker family settling in with the Rebel fleet, and now their new circumstances bring them face to face with new threats: Imperial brutes, desperate Hutts, conniving Sith Lords, and the Emperor’s favorite toy, M-OC, a hunter droid which continually modifies itself to fit any mission. In response to these threats, Rowan’s powers grow and strengthen until he has a vision of a sleek, invulnerable ship that can save the Rebellion and stop the Empire: the Arrowhead. But only Rowan can build this last great hope for the galaxy. 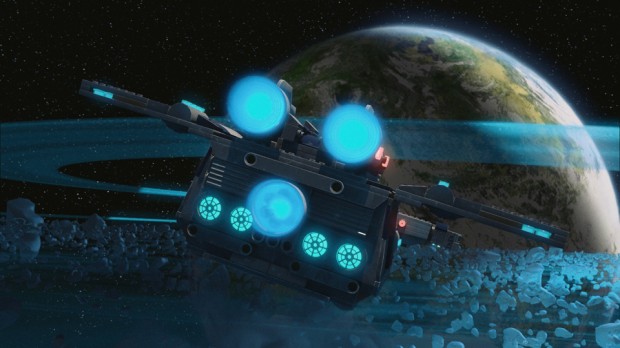 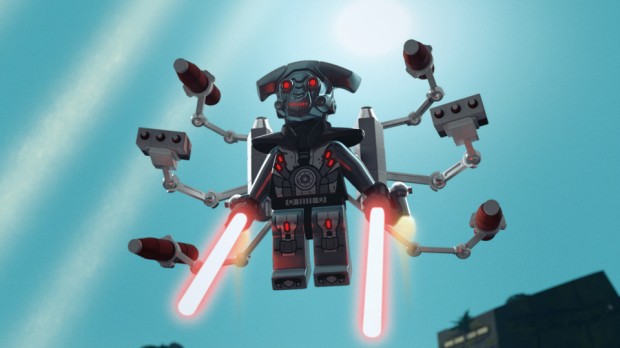 Clip: Cee Lo Green, Fall Out Boy Team Up with ‘Teen Titans’!
Clip: Andrew Rannells Checks in to ‘Welcome to the Wayne’