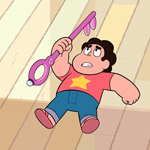 Rebecca Sugar’s critically acclaimed fantasy-adventure Steven Universe is returning to Cartoon Network for a five-night run of new episodes, beginning Monday, May 8 at 7 p.m. ET/PT with “Lion 4: Alternate Ending.” In the episodes, Steven goes on a quest to find out what a magical key unlocks — scroll down to watch a preview clip and find out where he found that key in the first place.

The week of debuts continues May 9 with “Doug Out” — Steven and Connie join Connie’s father on a stake out; May 10, “The Good Lars” — Steven, Lars and Sadie get invited to a party with the Cool Kids; May 11, “Are You My Dad?” — People are disappearing from Beach City, and Steven tries to solve the mystery; and also on May 11, “I Am My Mom” — Steven struggles to fix his mistakes.

Ahead of the broadcast launch, fans can “See It First” as all five episodes launch on the Cartoon Network app May 5.

The month of May will offer up even more quality time with Steven and the Crystal Gems premiering on Memorial Day, plus new installments of Ben 10 (premieres weekdays at 5 p.m.), The Powerpuff Girls (premieres Sundays at 5:30 p.m.), Teen Titans Go! (“The Avogodo” premieres May 5 at 6 p.m.), Ninjago (2 weeks of premieres start May 15 at 5:30 p.m.), Transformers: Robots in Disguise (Saturdays at 6:30 a.m.) and Justice League Action (Saturdays at 7:30 a.m.) 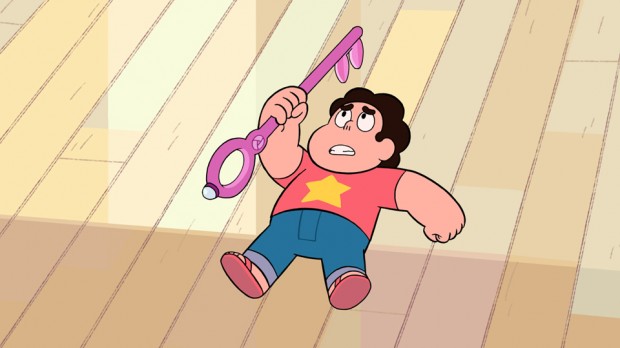