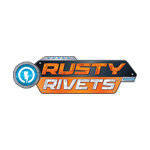 A very inventive new preschool series, Rusty Rivets premieres on Nick Jr. next Tuesday, November 8 at 1 p.m. ET. Ahead of the premiere, Nick has shared with us an exclusive clip from the debut episode “Rusty’s Rex Rescue” to get your gears turning!

Created and produced by Spin Master Entertainment (PAW Patrol), Rusty Rivets (26 x half-hour) centers on a 21st century kid hero who always saves the day with his imagination and resourcefulness (and encourages young viewers to do the same). Ten-year-old Rusty, along with his best bud Ruby, invents his way out of every jam by repurposing spare parts and found objects into the wildest, coolest, most awesome contraptions ever.

In the series premiere, “Rusty’s Rex Rescue/Rusty’s Park N’ Fly,” Rusty’s friend Liam gets trapped on top of a tall stack of junk in Rusty’s Recycling Yard. To rescue Liam, Rusty and Ruby design a Jurassic robot who ultimately becomes their new trusty friend Botasaur. In the next adventure, Rusty and his friends must bring Mr. Higgins’ remote control plane down safely when it can’t land. Together, they must engineer a daredevil rescue to save the plane.

The CG animated adventures that highlight teamwork and creative problem solving will join the channel’s excellent lineup of programs for little ones — year-to-date, Nickelodeon ranks as the No. 1 network for preschools, owning all of Q3 2016’s top five: PAW Patrol, Blaze and the Monster Machines, Shimmer and Shine, Bubble Guppies and Team Umizoomi. 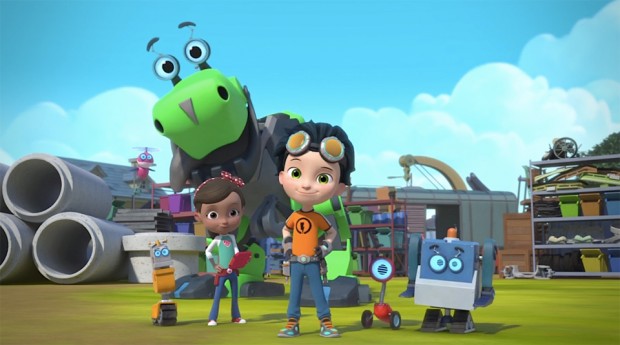