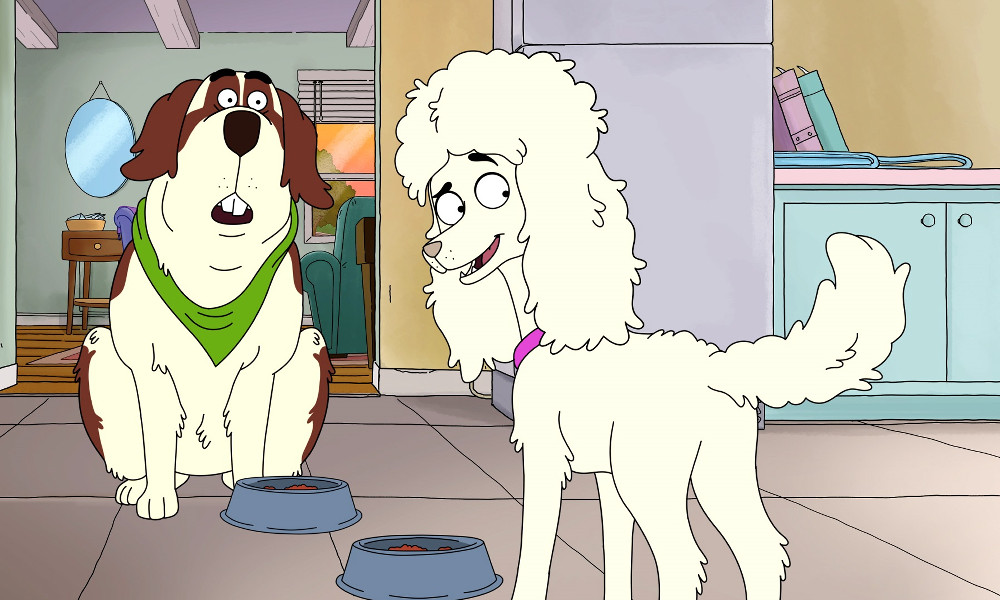 Get back to group therapy as all-new episodes of HouseBroken return to Fox Animation Domination this week!

In the all-new episode “Who Are You?” premiering Monday, August 9 at  9 p.m. ET/PT, Coyote (guest voice Brian Tyree Henry) asks Honey (Lisa Kudrow) to run away with him to Altadena and she agonizes over the decision. Meanwhile, Diablo (Tony Hale) chooses to live with his carefree dad and Max (also Hale) learns he’s not the original “Max.” Also, Nibbles (guest voice Bresha Webb) brings an annoying mouse back from the dead.

Check out this sneak peek clip featuring Webb as the put-upon class pet, who finds herself stuck with some of the other critters living with Shel (Will Forte) … and the tortoise has a shell of a tale to share.

HouseBroken is an animated series following a group of neighborhood pets and stray animals as they work through their issues inside and outside their therapy group. Honey, a standard poodle, opens her living room for the group to come and support each other through the misery, mayhem and majesty that is being a pet. Honey also struggles with her own problems, such as her arranged (by her human) marriage with Chief (Nat Faxon), a sloppy St. Bernard who enjoys eating socks and licking himself.

The group includes Shel, a sex-positive tortoise with intimacy issues and a knack for choosing unconventional partners; Tabitha (Sharon Horgan), an aging Persian cat beauty queen, trying to adjust to life off the cat show circuit; The Gray One (Jason Mantzoukas), a street smart cat who lives with about thirty other cats and has his one eye on Tabitha; Chico (Sam Richardson), a chonky, co-dependent and very naïve cat; and the group’s newest member, Diablo, an anxious, sweater-wearing terrier who has an obsessive compulsive disorder.

The series is co-created and executive produced by Gabrielle Allan, Jennifer Crittenden and Clea DuVall. Mark Kirkland (The Simpsons) is supervising director. Bento Box is the show’s animation studio. 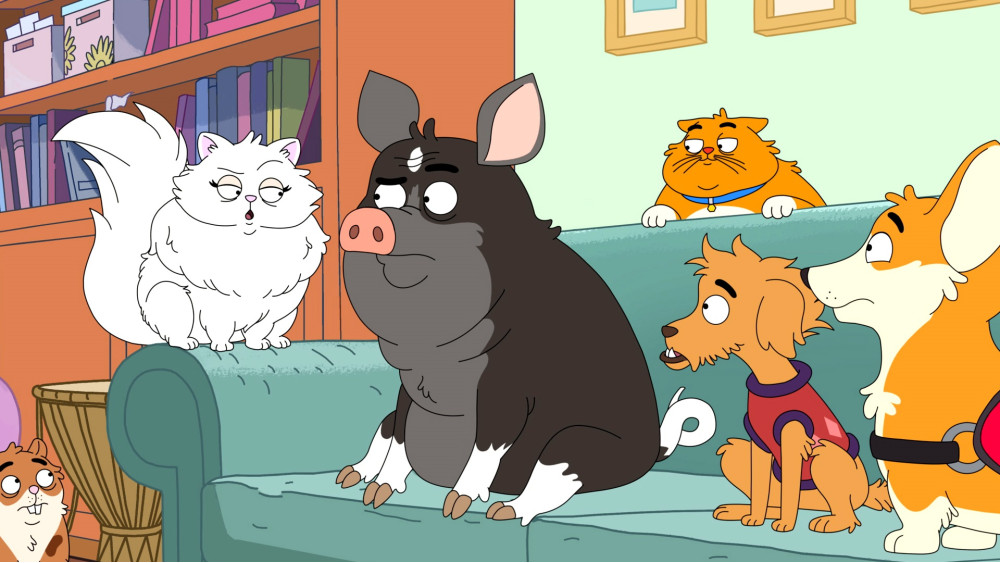