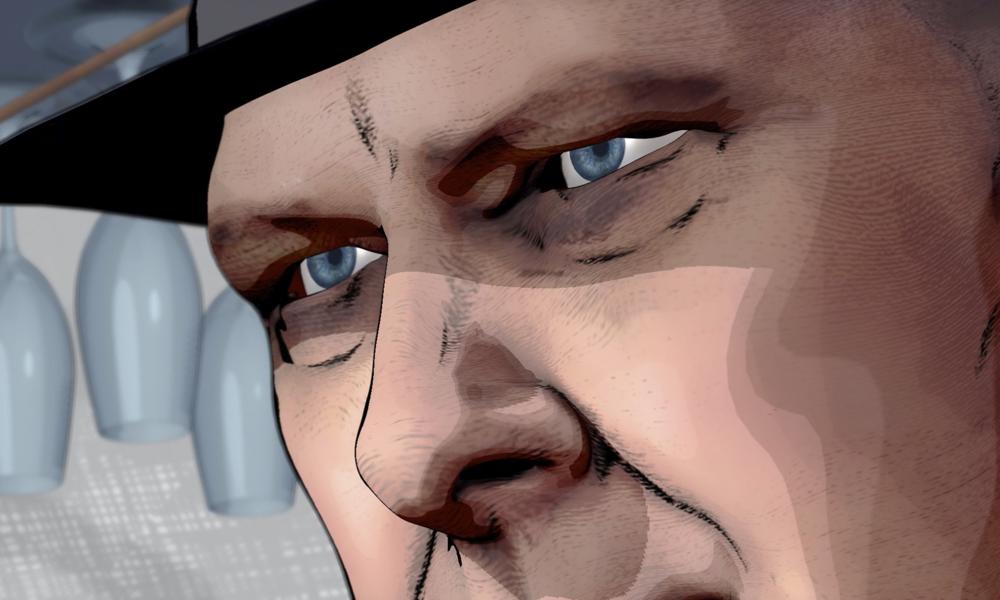 On the heels of the official episodic trailer released Wednesday, a sneak-peek clip of the innovative animated transformation of NBC’s acclaimed drama The Blacklist for its season 7 finale episode has debuted. The season’s 19th episode, “The Kazanjian Brothers,” premieres May 15 at 8 p.m. ET/PT.

Scroll down to learn more about the project from executive producer John Eisendrath and the animation team at Proof, Inc in a Q&A with Animation Magazine’s Ramin Zahed.

In this live-action/animated installment, the Task Force investigates an accountant who works for lucrative criminals in order to find the violent and thuggish brothers hired for his protection. Liz must make a momentous decision. Presented in a unique hybrid of live-action and graphic novel-style animation. Guest starring: Brian Dennehy, Laila Robins.

“The Kazanjian Brothers” was midway into filming in New York when TV productions across the industry were halted due to COVID-19. Looking to do something out of the box to finish the episode and close out the season, producers came up with an idea to add graphic novel-style animation that could be incorporated with the already filmed live-action scenes.

NBC announced in February that The Blacklist has been renewed for an eighth season. The 150th episode of the series aired May 8.

Back to the Drawing Board with The Blacklist!

Animation Magazine: Can you tell us when you decided to use animation to produce this week’s episode of The Blacklist?

John Eisendrath, EP: Two reasons: One, we thought it was important to do what we could to try and find a creative way to continue working in the face of the pandemic. And two, since we were never going to be able to produce the season-ending cliff-hanger we had planned for episode 22, we knew the next-best ending to our season was episode 19 — however, when we shut down production in March we were only halfway through filming it.

So, with both those reasons motivating us to brainstorm, [fellow executive producer] Jon Bokenkamp and I thought about doing the unfinished portion of the episode as everything from a live cast reading to an old-time radio murder mystery to having comic-book pages drawn and shown as still images while the cast read their dialogue. Finally, we landed on the idea of animating the remaining scenes.

What were your first thoughts when you decided to go the animation route?

We felt that finishing the episode was the right thing to do and that our audience would appreciate the effort, even if the animation didn’t work out as well as we hoped it would. Also, there is definitely truth to the cliché that ignorance is bliss. Jon and I knew nothing about animation. If we had any idea how much work it would take to animate a portion of the episode, at first we’d have been more terrified than excited.

What was your biggest challenge in adapting the script from live action to incorporating animation?

The plot didn’t change, but we did make two significant adaptations: The first is that we added in a cutaway to our cast so they could directly address the audience about why we were animating the episode. There was no dramatic reason to animate the scenes we did — we obviously hadn’t planned to before the shutdown — so we felt it was important not to pretend it was anything other than what it was: a reaction to the pandemic, which is what we had the cast explain. Second, we realized that some of the subtle emotional moments were not being conveyed as powerfully in animation as in live action, so we decided to add graphic novel-style chyrons to assist the viewers in understanding some of these small emotional moments.

How long did it take to deliver the partially animated episode from concept to finished project?

About five weeks. From our first conversations with the animators to a locked cut of the episode. About 21 minutes of live action, 20 minutes of animation.

I loved talking with the animators and seeing how they constructed the scenes.  Learning about “walk cycles” and watching the avatars go from faceless mannequins to life-like versions of the cast. I loved the freedom to pick any angle from which to view a scene, the ability to make our action sequences much bigger than usual, and the fact that we could put our characters in any location; instead of sitting in a room for one scene, for example, we moved Red [Spader] and Liz [Boone] and Dembe [Tawfiq] to the Washington Mall — something we could never do in live action. No need to pull any location permits for animation!

Do you think more live-action shows are going to turn to animation?

In many ways, The Blacklist is like a graphic novel. Larger than life anti-hero, comic-book villains. So turning a portion of an episode into a graphic novel makes sense. It’s organic to the DNA of the show. I don’t think that’s probably true of most shows. Also, if given the choice to watch James Spader or James Spader’s animated avatar, I’m pretty sure the audience would opt for the real deal. I think animation is incredibly powerful, and I’d love to do a fully animated series — but if you’re asking whether there’s a place for animation in series that are otherwise live action, I’d say only in limited situations.

What’s your favorite animated show or movie of all time?

What’s the best advice you can give other live-action producers who want to try animation?

I may be blanking on some shows, but for the most part I’m pretty sure most animated series are comedies. In general, there seems to be little appetite for animated drama. After this experience, I would advise other drama writers not to be afraid of animation. It can be a very powerful tool in conveying real emotion.

Proof, Inc: For the animation and most of the rendering, we used Maya. There were a few shots that had a blurry, dream-like effect, and those were brought into After Effects for that before final delivery.

For the toon shaded look on the characters, Proof created our own shaders in Maya to bring on that look with additional “hand drawn” lines on the faces of the main characters. For the backgrounds, we used a Photoshop filter we created to “toonify” the textures used for sets and art, etc.

For modeling, the artists used Zbrush, Substance Painter and Maya 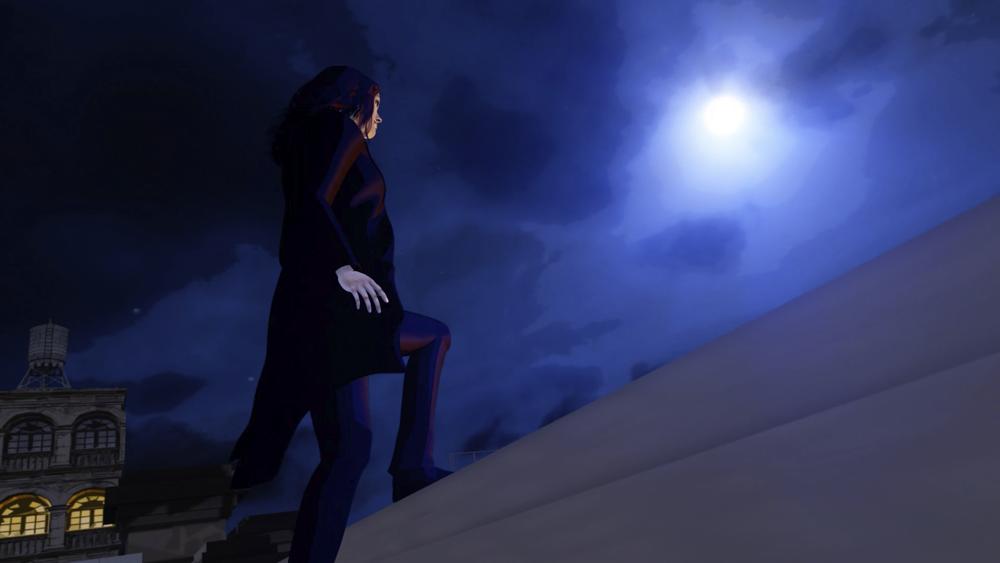