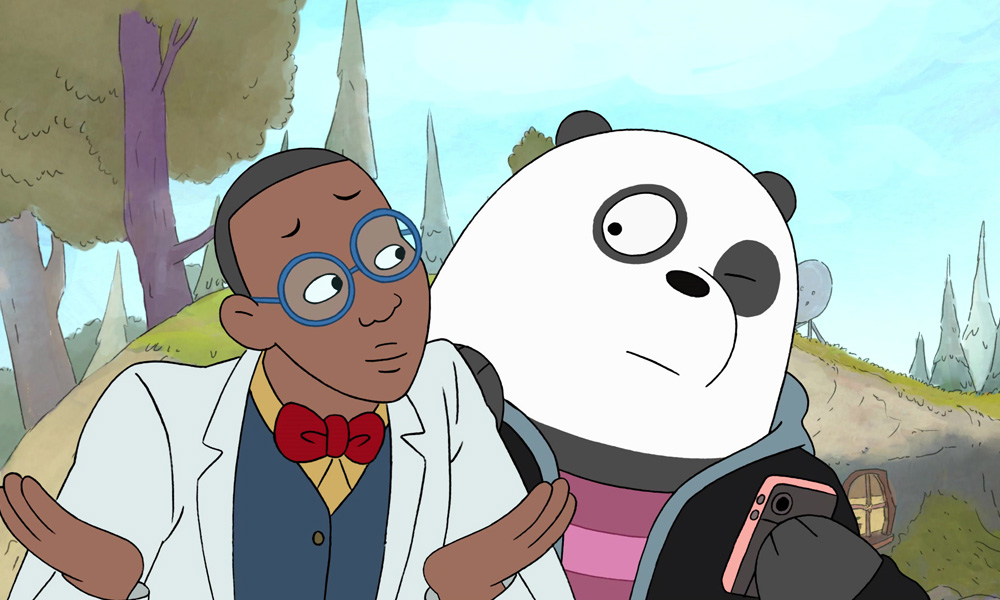 In the episode, “More Everyone’s Tube,” Leslie is a scientist observing Grizz, Panda and Ice Bear. As you can see in the clip below, Grizz kicks off a Hamilton-inspired “Bear Factz” rap battle, in which each of the Bear Bros try to school the scientist with their own hilarious “facts.” While Leslie is skeptical of their claims, he takes his musical turn to remind the bears that they don’t need to embellish the facts, when they’re sitting pretty on top of the food chain!

Odom’s recent credits include last year’s Murder on the Orient Express movie, TV’s One Dollar and a recurring guest role on Law & Order: Special Victims Unit. His next animation project will be Apple’s Central Park.

We Bare Bears is created by Annie Award-winner Daniel Chong and features the voices of Eric Edelstein, Bobby Moynihan and Demetri Martin as Grizz, Panda and Ice Bear.