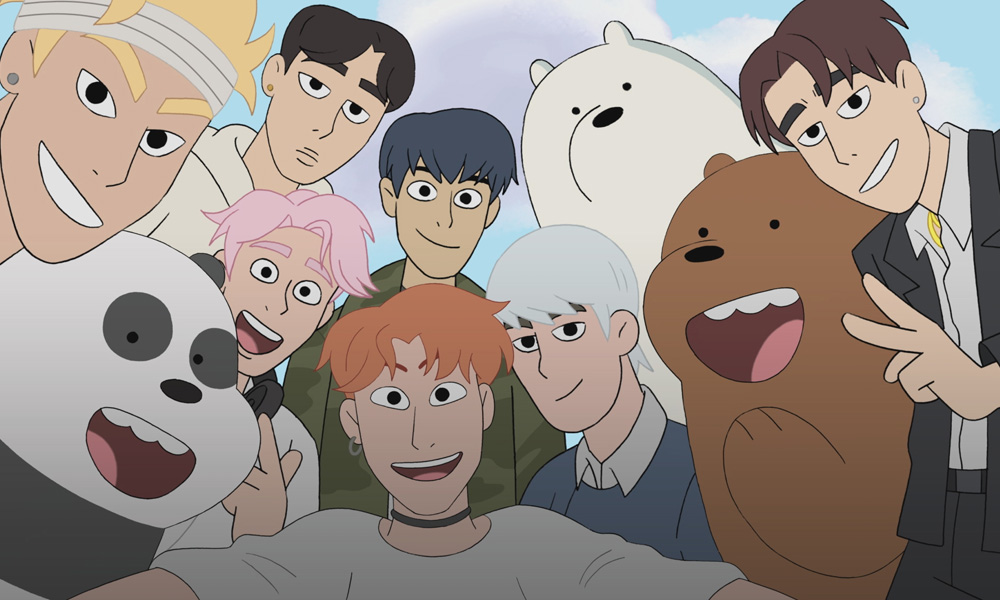 MONSTA X, one of the world’s most popular K-pop groups, is getting animated in an all-new episode of Cartoon Network’s Emmy-nominated We Bare Bears, premiering Monday, May 27 at 7:30 p.m. (ET/PT).

Panda (voiced by Bobby Moynihan) is a huge MONSTA X fan and he is in for the surprise of a lifetime thanks to his thoughtful Bear Bros. In “Panda’s Birthday,” Grizz (voiced by Eric Edelstein) and Ice Bear (voiced by Demetri Martin) mastermind a creative scheme to help Panda meet his favorite K-pop band on his birthday.

This all-new episode of We Bare Bears will also be available beginning Friday, May 24 on the Cartoon Network app and VOD. Additional regions around the world will premiere the episode later this year.

Following the breakout success of their first album Take.1 Are You There?, MONSTA-X is currently on a worldwide tour promoting their sophomore album Take.2 We Are Here.

You may also like...
Related Topics:Bobby Moynihan, Cartoon Network, Demetri Martin, Eric Edelstein, featured, MONSTA X, Take.1 Are You There?, Take.2 We Are Here, We Bare Bears
Geographic Region:North America