Disney XD has put together a tooned-up sizzle reel to introduce fans to the 2015 animation line-up, featuring a first look at Future Worm stars Danny (voiced by Andy Milonakis) and Future Worm (James Adomian) as hosts. Future Worm is created by South Park alum Ryan Quincy and is a series of shorts which follow a boy who creates a time machine lunch box and befriends a fearless worm from the future, appropriately enough. 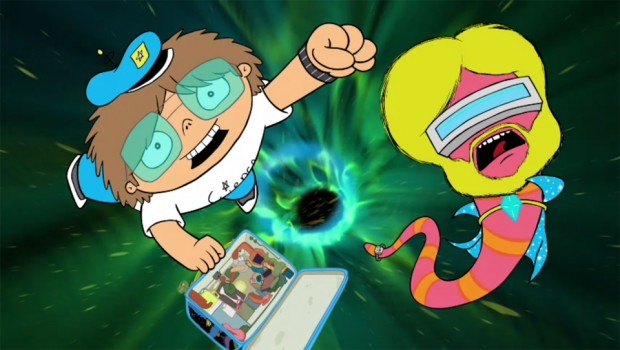