After eight awesome seasons, JG Quintel’s Emmy Award-winning animated comedy series Regular Show is coming to an end. But there’s plenty of out-of-this-world craziness to enjoy in the meantime! Below, you can check out a clip from new episode “Kill ‘Em with Kindness,” which debuts Saturday, January 14 at noon on Cartoon Network.

Regular Show concludes with the ultimate intergalactic battle of good vs. evil in an hour-long finale on Monday, January 16 at 6 p.m. ET/PT.

In “Kill ‘Em with Kindness,” Pops completes his training for his fated showdown with his brother, Anti Pops, and begins to use his newfound strength for good. The episode will be followed by “Meet the Seer” on Saturday, then “Cheer Up Pops” will precede the two-part finale “A Regular Show Epic Final Battle” on Monday. 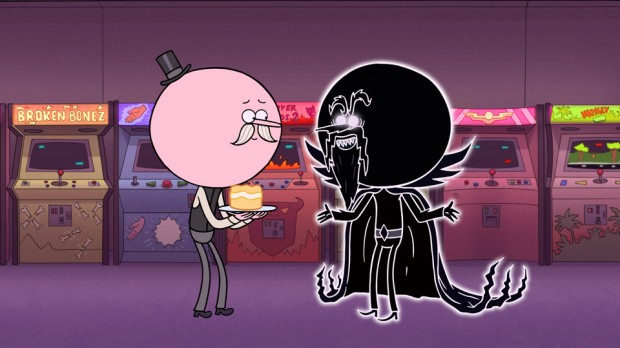