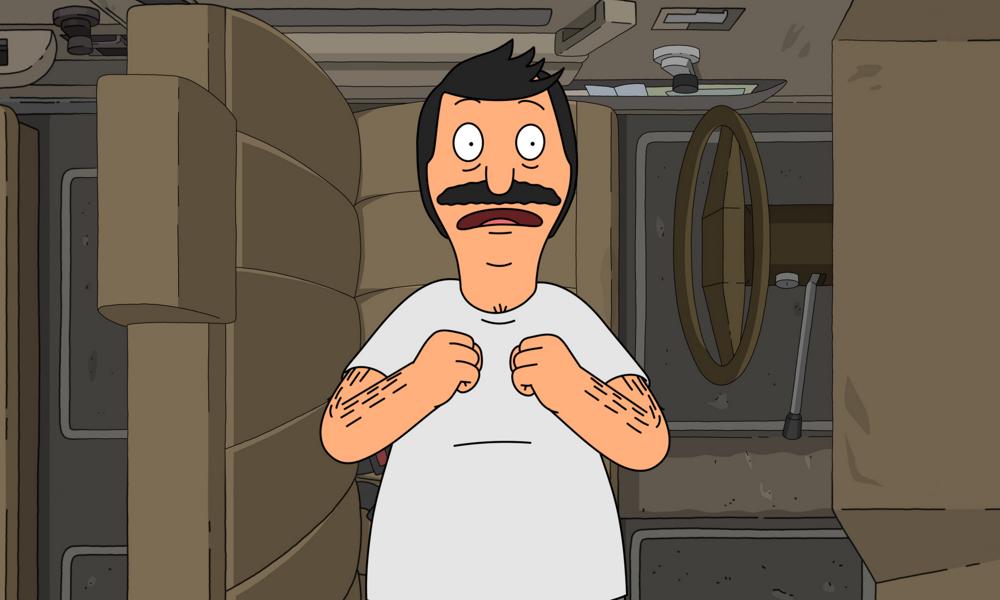 Fox is serving up more piping hot familial dysfunction in the eleventh season of Bob’s Burgers, premiering Sunday, September 27! To unlock the animated enjoyment a little early, there’s a new exclusive clip on the menu from S11’s debut episode, which finds Bob (H. Jon Benjamin) journeying into his filthy, filthy subconscious when he falls asleep in the middle of his hunt for a missing key.

Season Premiere Episode “Dream A Little Bob of Bob”: Bob goes on an epic quest to find a misplaced lock box key. Tina attempts to learn a hand-slapping song that everyone can do – but her – in the all-new season premiere episode of Bob’s Burgers airing Sunday, Sept. 27 (9:00-9:30 PM ET/PT) on FOX. Guest Voice Cast: Andy Kindler as Mort; Kevin Kline as Mr. Fischoeder; Jack McBrayer as Squeezy Ball; Jon Glaser as Tape; Brooke Dillman as Josiea.

In addition to its 2020 Emmy Award nomination for Outstanding Animated Program, the series has been nominated in the same category every year since 2012, and won the award twice, in 2014 and 2017. Additionally, Benjamin won the Annie Award in 2020 for Outstanding Achievement for Voice Acting in an Animated Television/Broadcast Production.