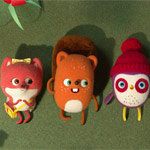 The world premiere of new UK-Ireland preschool co-pro Becca’s Bunch is slated for Monday, July 2 at 7 a.m. and 7 p.m. on Nick Jr., UK. Produced by Jam Media, the show stars a cast of cute handmade puppet characters and features over 4,000 handmade props, set pieces and characters — plus some special visual effects that give the show its unique look and feel — and catchy songs written by Irish electronic-rock band Jape.

Becca’s Bunch follows a quartet of young woodland critters. Becca, the leader (catchphrase: “Let’s wing it!”) is a little bird with big ideas and a can-do attitude. Confident, boisterous Russell the squirrel (catchphrase: “Macadamia!”) is the ultimate act first, think later kid — energetic, playful, and hungry. Pedro (catchphrase: “I’m digging it!”) is a cautious earthworm; knowledgeable, stretchy, and ultimately courageous. Last but not least is Sylvia the fox (catchphrase: “Abra-ka-bag-rah!”), the youngest who looks up to Becca; she carries a deceptively deep bag of random objects that come in handy on the Bunch’s adventures.

In Wagtail Woods, one little bird and her friends are ever ready for adventure. Becca, a happy bobble-hat wearing bird, sees adventure in every situation and as a result often bites off more than she can chew; landing herself and her Bunch – Russell, Sylvia and Pedro – in some sticky situations. But it’s in the midst of these “oops” moments that Becca’s ideas, heart, positive thinking and leadership skills really shine. And that’s when simple, kid-relatable challenges take a bold turn towards the best day ever! Thinking on her feet, Becca will urge a generation of kids to never give up, aim high and have big ideas. Because, once they do, like Becca, adventures just seem to happen.

The premiere episode “Legendary Gill” finds Becca and the Bunch setting out to prove the existence of a legendary giant fish in Wagtail Lake. 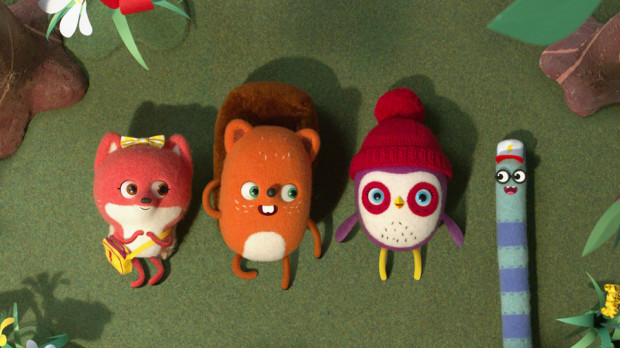