What time is it? Time to embark on another spectacular journey with Finn and Jake as Cartoon Network kicks off the all-new, eight-part miniseries Adventure Time: Islands on Monday, January 30 at 7:30 p.m. ET/PT. The four-night programming event will answer one of the most puzzling questions about the series: What happened to the humans?

In the show’s second miniseries — after the hit Marceline the Vampire Queen eight-parter Stakes — Finn (voiced by Jeremy Shada), Jake (John DiMaggio), BMO (Niki Yang) and Susan Strong (Jackie Buscarino) leave the Land of Ooo on a quest of epic proportions across the ocean and into new lands, encountering new creatures and flexing their teamwork muscles along the way.

Ahead of its broadcast debut, Islands is available now on DVD, iTunes, Amazon Video and Google Play, with all eight episodes plus exclusive home release content including animatics, art gallery and song demos (MSRP $14.97).

Monday, Jan. 30: “Islands, Part 1: The Invitation” – A mysterious craft invades Ooo and Finn believes it may hold the secrets to his past.

Tuesday, Jan. 31: “Islands, Part 3: Mysterious Island” – After waking up alone and shipwrecked, Finn investigates a bizarre island in search of his friends.

Tuesday, Jan. 31: “Islands, Part 4: Imaginary Resources” – Finn and Jake travel to a land where reality has been redesigned and improved.

Wednesday, Feb. 1: “Islands, Part 6: Min & Marty” – An unexpected revelation from Susan leads Finn closer to answers about his past.

Thursday, Feb. 2: “Islands, Part 8: The Light Cloud” – Finn confronts the power behind Founders Island, but will he ever return home to Ooo? 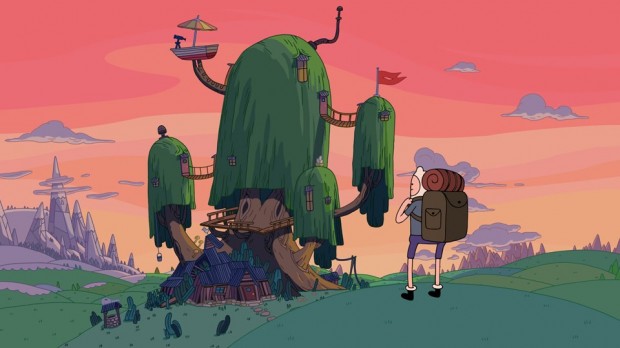