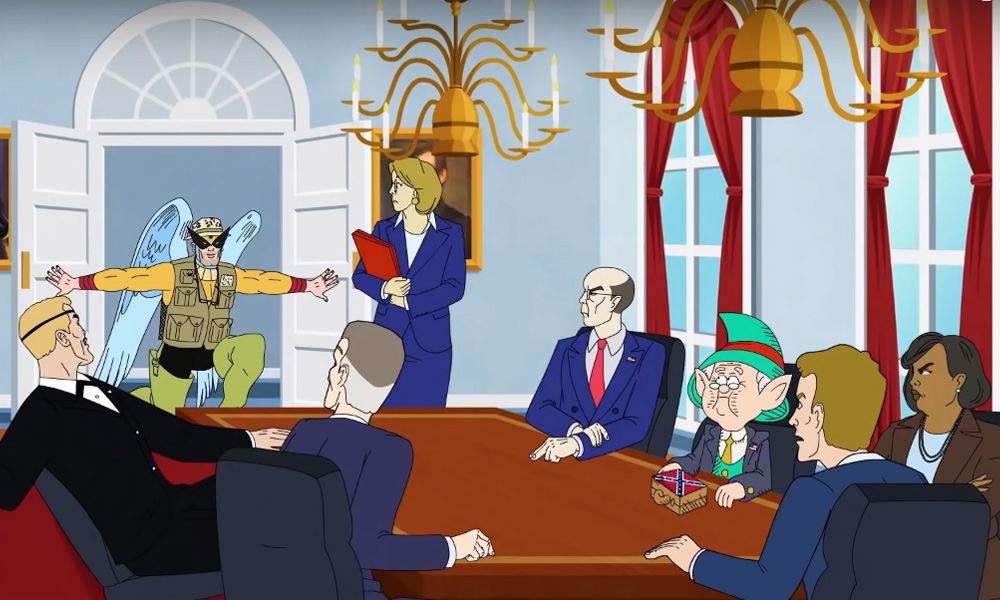 He’s dealt with conniving crooks, devious frame-ups and utter incompetence — but is Harvey Birdman prepared for the White House? Fans will get to find out when the recycled Hanna-Barbera character makes his long-awaited return to TV in the new half-hour special Harvey Birdman, Attorney General — premiering Sunday, October 14 at midnight ET/PT.

In addition to Cole and Colbert, voice actors reprising their roles from the series are John Michael Higgins as Mentok the Mindtaker, Paget Brewster as Birdgirl, Chris Edgerly as Peter Potamus, Peter MacNicol as X the Eliminator and Phil LaMarr as Black Vulcan.

Harvey Birdman, Attorney at Law aired for four seasons on Adult Swim from 2000-2007. In conjunction with the special’s premiere, the past three seasons of are now available to own on iTunes, Google, Amazon, PlayStation and Xbox. Fans can also catch previous episodes at adultswim.com.