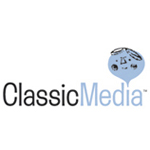 Classic Media has struck a deal with German broadcaster KI.KA for the new animated tween series My Life Me.

The series, produced by CarpeDiem Film & TV in Canada and Frog Box in France, will begin a five-year run on the channel in 2011.

The 52 x 11 series has backing from Teletoon Canada, FranceTelevisions and Canal J and is set to premiere in Canada and France in in the coming year.

Co-created by JC Little, Cindy Filipenko and manga artist Svetlana Chmakova, My Life Me follows the story of four 13-year olds struggling through the ups and downs of teen life.

“KI.KA’s acquisition of My Life Me further illustrates the universal appeal these stories have for tweens, both in content and in the unique way the series creators’ have found to tell them,” said Marie-Claude Beauchamp, president and executive producer, CarpeDiem Film & TV. “We are delighted that KI.KA shares our enthusiasm for My Life Me.”

You may also like...
Related Topics:Classic, Germany, My Life Me, Sells, Show, Tween