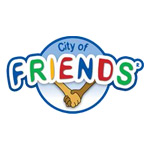 Each day starting Monday August 20, the Milkshake! On Five presenters will welcome City of Friends characters—emergency services recruit Max the Monkey, Elphie the Elephant, Ted the Teddy Bear and Jumpi—to its East London studios to join in live dancing, competitions and songs. The programming will be supported with a special area on the Milkshake website.

Since its Channel 5 debut last October, City of Friends has seen an 83% growth in viewership. CreaCon is building on the U.K. broadcast success by appointing Linda Vabo as director of product and licensing to oversee global licensing, and Henrietta Garnett to drive the U.K. licensing program. An app was also launching in April and has achieved more than 25,000 downloads, and has been the #1 preschool app in Norway for 20 weeks. Popular live shows in the Nordic region are also being expanded.

You can join the celebration with Max, Elphie and Ted by visiting the CreaCon team at their Brand Licensing Europe booth #F100. 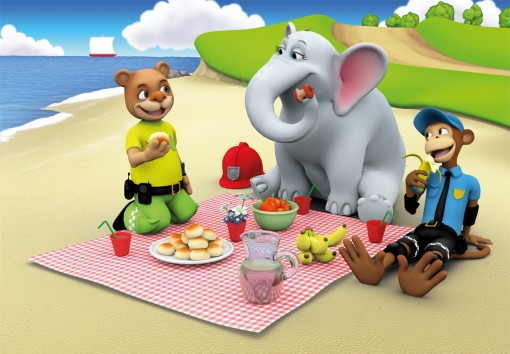