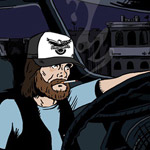 Having announced the project earlier this year, Cinemax has slated the premiere of its first original animated comedy Mike Judge Presents: Tales from the Tour Bus, which will debut September 22 at 10 p.m. ET/PT. New episodes will air subsequent Fridays at the same time.

Judge, the creator of classic adult toons King of the Hill and Beavis and Butt-head and Cinemax sister network HBO’s live-action Emmy nominee Silicon Valley, narrates the show — getting back in touch with his roots in music. The 8 x half-hour series recounts raucous on-the-rode adventures of musicians as told by those who knew them best. Tales from the Tour Bus features animated interviews with former bandmates, friends and other associates sharing uncensored anecdotes about the artists, complete with animated reenactments and archival live-action footage and photos.

“Johnny Paycheck” synopsis: In addition to selling 40 million records and producing chart-topping hits like “She’s All I Got” and “Take This Job and Shove It,” country music outlaw Johnny Paycheck became notorious for living the part. He was known for his music, grand theft auto, drug binges and stints in jail. At the height of Paycheck’s fame, he shot a man over a turtle soup recipe, which led to a high-profile trial, a prison sentence and one of his greatest hits, “Old Violin.” 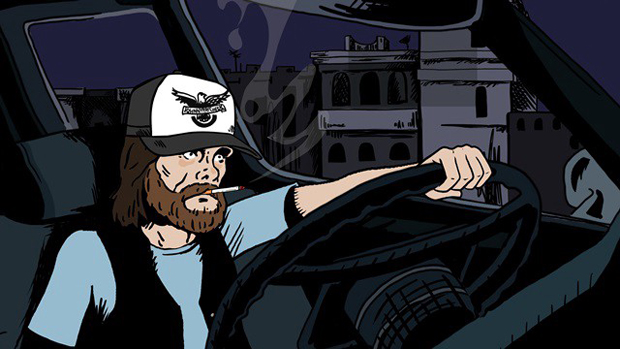