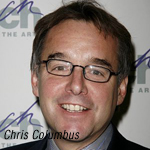 Based on Little Gloomy, a Slave Labor Graphics comic book series, the 52 x 13 min. series is about a teen werewolf who forms a rock band with his monster friends. Annabelle Perrichon will adapt the show from the comic.

French channels Canal Plus and Teletoon have pre-bought broadcast rights to the series.

The comic book was created by Landry Walker and Eric Jones, and was first published in 1999.

You may also like...
Related Topics:Chris Columbus, Scary Larry, Timoon