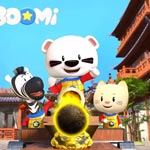 Corus Entertainment’s Nelvana has snagged global distribution, licensing and merchandising rights outside of Greater China for Super BOOMi — the hit animated series and IP created by Trevor Lai, CEO & founder of Up Studios in China. The two companies will work together with Chinese tech and media giant Tencent and its extensive partners network to launch the show and licensing program internationally.

Nelvana has also inked a first-look agreement with Up Studios that will see the partners co-develop and finance new properties for both Chinese and international audiences over a multi-year period.

“With Trevor’s richly imagined stories and characters that are truly universal, we feel Super BOOMi has incredible potential to travel globally and are so pleased that Nelvana will be instrumental in making it happen,” said Pam Westman, Head of Nelvana Enterprises. “Super BOOMi is only the beginning of our collaboration with Trevor. His creativity and business savvy will be instrumental in our development of new content for the international market.”

Super BOOMi (52 x 11 min., two seasons) follows the 3D animated adventures of BOOMi bear and his best friends as they play and learn in an incredible virtual reality game-universe. The series highlights themes of friendship, positivity and the power of imagination while featuring vibrant characters and expansive worlds which resonate with kids.

“I am thrilled to be working with Nelvana to bring Super BOOMi to audiences around the world,” said Trevor Lai. “The series was always created with the international market in mind, and in addition to our partners within Greater China, we look forward to working with Nelvana’s extensive distribution, production and licensing teams to launch Super BOOMi globally. Watching Nelvana’s shows were a wonderful part of my childhood, and I am overjoyed to now have the opportunity to create characters and stories with them to entertain a new generation of families.”

The show has built an extensive audience in China through Tencent, which has built upon its capital investment in Up Studios by helping seasons 3 and 4 of Super BOOMi into production. The series racked up more than 930 million views on Tencent Video within nine months, and is expected to to pass the billion-view mark in May.

“We are very proud of Super BOOMi’s success on our Tencent Video platform, as well as its performance atop television ratings in China,” said Selina She, chief editor of Tencent’s kids’ channel. “Trevor and Up Studios have been excellent creative and production collaborators, while also bringing world-class partners like Holiday Inn, Li & Fung, and now Nelvana together to build Super BOOMi into a global property. Nelvana has a rich portfolio of programs and properties they have grown over many years, and we look forward to seeing Super BOOMi flourish internationally.”

Super BOOMi has also been licensed to several national and regional television broadcasters across China, including Beijing TV’s KAKU and Hunan TV, where the show garnered #1 national ratings (across all channels) for its primetime slot over multiple weeks. The property is also part of a multi-year partnership with the Intercontinental Hotel Group, which features BOOMi-themed rooms and products in more than 80 Holiday Inn hotels in Greater China, and has had previous promotional collaborations with Apple, Shanghai’s Museum of Contemporary Arts and the Wanda Group. 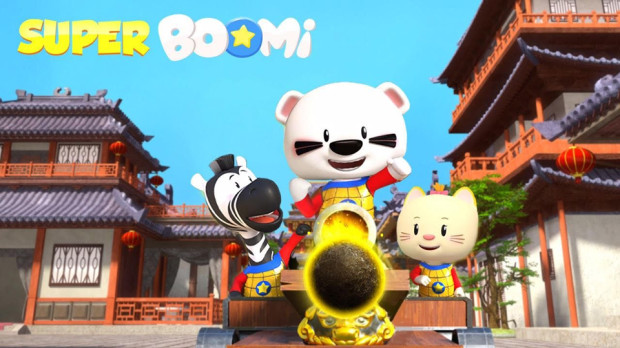