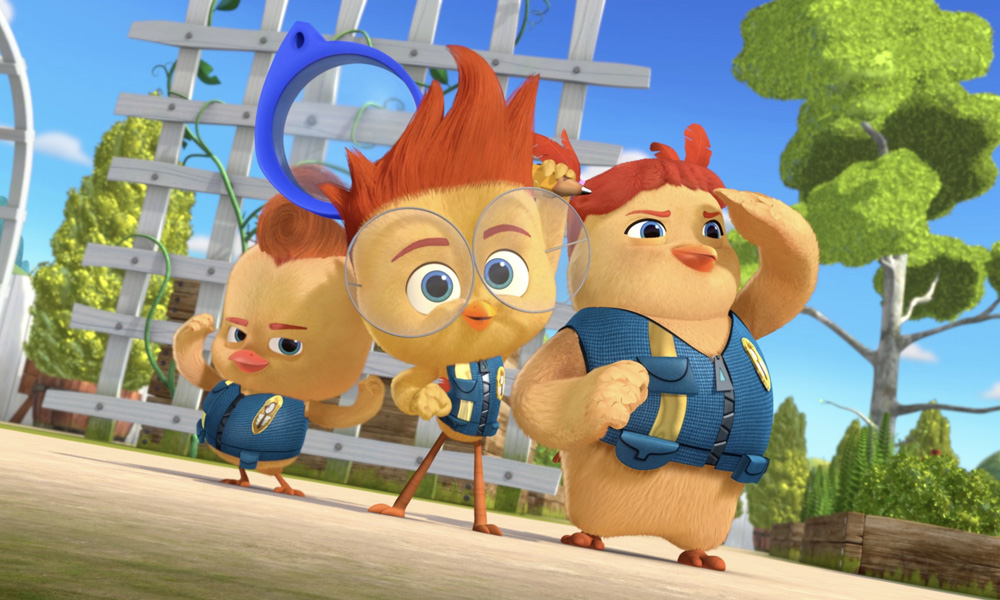 Production has begun on Disney Junior’s The Chicken Squad, a new animated series for preschoolers and their families slated to debut in 2020. Inspired by Doreen Cronin’s popular book series, the show follows young chicken siblings Coop, Little Boo and Sweetie, and Captain Tully, a seasoned watchdog, who use teamwork and critical thinking skills to solve problems in the neighborhood and keep the peace in their backyard. The announcement was made today by Joe D’Ambrosia, SVP Original Programming and General Manager, Disney Junior.

“We love the fun, silly humor found in The Chicken Squad book series and are excited to have the opportunity to use that original material as a jumping-off point for our newest Disney Junior series,” said D’Ambrosia. “Full of humor, heroism and heart, we can’t wait for our young viewers to follow along on the adventures of these adorable problem-solving chickens and their police dog mentor as they model what it’s like to be good community helpers.”