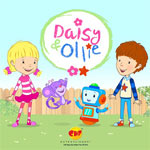 UK-based CHF Entertainment is bringing new characters into its fold with Daisy & Ollie — a new 2D animated preschool series about two curious kiddos eager to find out the answers to all sorts of questions, with their extraordinary toys by their sides. The 53 x 7 min. Show is based on an original idea by Helen Brown, and developed by CHF with executive producer Jason Manford.  Daisy & Ollie is set to premiere on Turner’s Cartoonito in October.

“Creating and developing Daisy & Ollie with the immensely talented team at CHF has been such a pleasure, and I’m thrilled to be managing the project through the studio pipeline; it’s a dream come true! The show was inspired by my daughter Daisy, who asks me hundreds of varied and entertaining questions every day, which I think all parents will relate to,” said Brown. “Whilst having educational value, it’s also fun and engaging with great scripting, beautiful designs and wonderful animation, all of which are key to making it an entertaining show. It’s been a fantastic privilege to see Daisy & Ollie coming to life and the end result has exceeded all of my expectations!”

Aimed at encouraging kids’ curiosity about world around them, Daisy & Ollie poses questions from practical (“Why do we have to go to bed?”) to the silly (“Why don’t ducks wear rain coats?”) The young heroes are joined by their toys Boo the Monkey and Whizzy the Robot on their mission to uncover the answers. They’re also helped by Daisy’s Daddy, a musician with a dry sense of humor who fills each episode with song and often gets caught up in the children’s adventures.

In addition to serving as EP, Manford voices both “Daddy” and “Whizzy the Robot” for the series: “It’s an absolute joy to work on Daisy & Ollie, and I was so eager to get involved knowing that I could finally make a show that my own kids could watch and enjoy. I spend so much time watching kid’s TV that I know what it’s like for adults to have to sit through shows that aren’t aimed at us. This show has something for everyone and you can all enjoy it together, like I will with my children.” 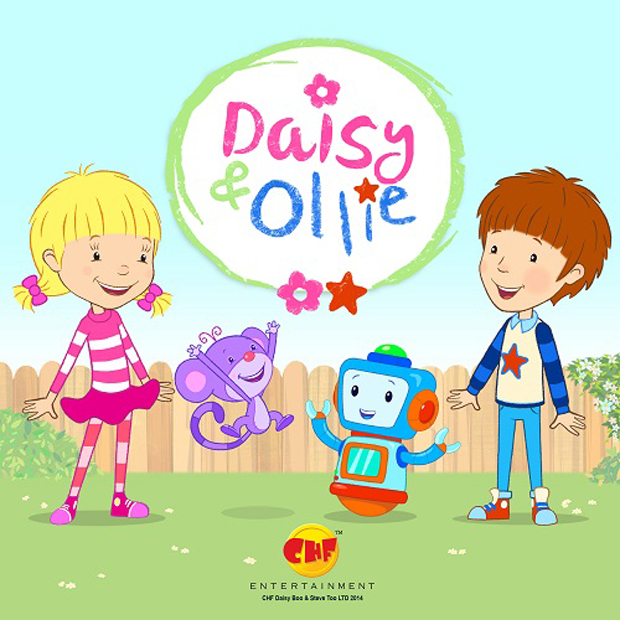