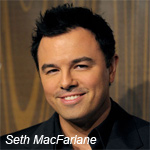 Family Guy creator Seth MacFarlane’s Beverly Hills house was vandalized by a group of Charlie Sheen supporters, TMZ reports. According to the website, two unidentified boys and one girl T.P.’d the popular animation creator’s home around 11 p.m. on Monday night (Nov. 28) and left a sign on his front door reading “Winning! Tiger Blood!” with Stewie’s (Family Guy’s baby character) images on it.

The poster also references MacFarlane’s recent Comedy Central roast of Charlie Sheen. The always cool and collected animation producer tweeted about the incident, “ Actually I got in a brawl with a mummy. I won.” 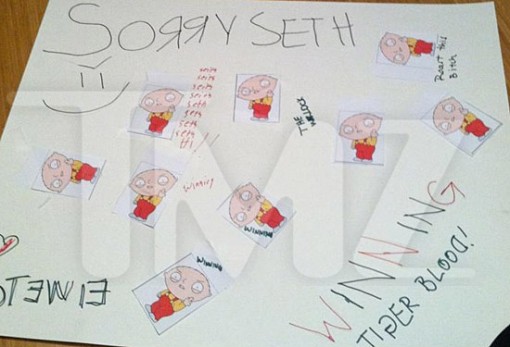