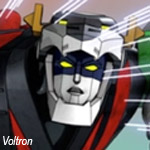 Classic Media has completed  deals across Central and Eastern Europe that place more than 350 hours of programming — including such hit shows as Tinga Tinga Tales, Postman Pat, Guess With Jess, He-Man and the Masters of the Universe and Voltron: Defender of the Universe — with terrestrial broadcasters, pay-TV outlets, home entertainment  and IPTV partners.

Key placements include several preschool series, such as Tinga Tinga Tales and Guess with Jess, MTVA in Hungary and Channel One Russia’s children’s channel Karusel.

Also, Postman Pat has complete coverage across all major markets in the region in addition to launching with Czech TV  in the Czech Republic and Orlando Kids in the former Yugoslavia. Nan and Lili and Little Red Tractor have  been acquired by Voxell across CIS.

New deals place He-Man and the Masters of the Universe, She-Ra: Princess of Power and Voltron: Defenders of the Universe in Russia as part of 2×2 Channel’s retro slot. The channel has also acquired CBBC’s comedy shorts, OOglies.

“Our portfolio provides a wonderfully broad array of programming for everyone in the family and we are delighted to be able to secure such great platforms across this key region,” says Chloe van den Berg, exec VP of international for Classic Media.