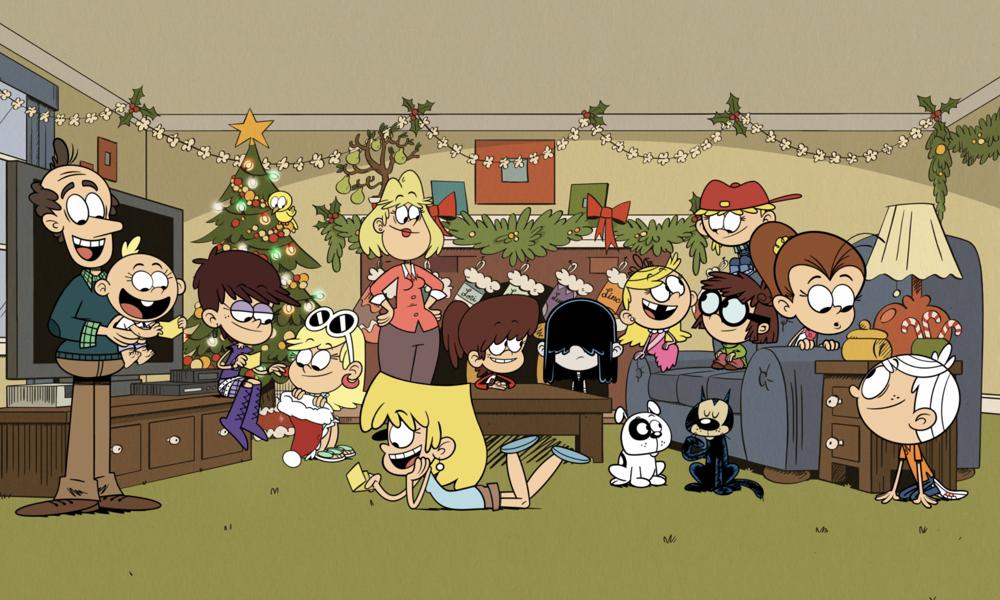 It’s beginning to look a lot like “Nickmas”! Nickelodeon is welcoming in the holiday with over 100 hours of seasonal content, featuring 21 holly jolly premieres of its live-action, animation and preschool series beginning Thursday, Nov. 19. Viewers will be treated to a joyous lineup including the season two premiere of original festive competition series, Top Elf; the brand-new star-studded special The All-Star Nickmas Spectacular; and all-new episodes of the net’s hit series PAW Patrol, Santiago of the Seas, Blue’s Clues & You!, The Casagrandes, The Substitute, All That, Danger Force and more, plus classic fan-favorite holiday episodes of Rugrats, SpongeBob SquarePants and The Loud House.

In the second season of Top Elf, premiering on Thursday, Nov. 19, at 7:30 p.m. (ET/PT), Santa (Tommy Snider) and Ms. Jingles (Samantha Turret) invite seven talented “Elf-testants” to the North Pole to compete in a series of holiday-themed challenges for the title of “Top Elf” and $25,000 to a charity on their Wish List. Each “Elf-testant” is paired with one of Santa’s elves who are excited to help bring their holiday vision to life. The season will feature even bigger and messier challenges, including building a life size countdown calendar, designing sweet treat carts for the North Pole street fair, reimagining Santa’s style for a high-tech makeover, creating a scenic 3D pop-up experience and producing and starring in their very own holiday-themed music video.

On Saturday, Nov. 28, Nickelodeon will celebrate the holidays with a brand-new star-studded special, The All-Star Nickmas Spectacular, premiering at 9 p.m. (ET/PT). Hosted by Nickelodeon’s Lex Lumpkin, the hour-long variety show will include musical performances by JoJo Siwa, That Girl Lay Lay and Ne-Yo, along with appearances by Gabriel Iglesias, Jay Pharoah, Tisha Campbell, Trevor Noah and Young Dylan. The special will also feature comedy sketches from the casts of All That, The Astronauts, Danger Force, Group Chat and Nickelodeon’s Unfiltered — including Darci Lynne with Petunia — as well as special messages from animated stars SpongeBob SquarePants, Lincoln and Lucy from The Loud House, and Ronnie Anne from The Casagrandes. 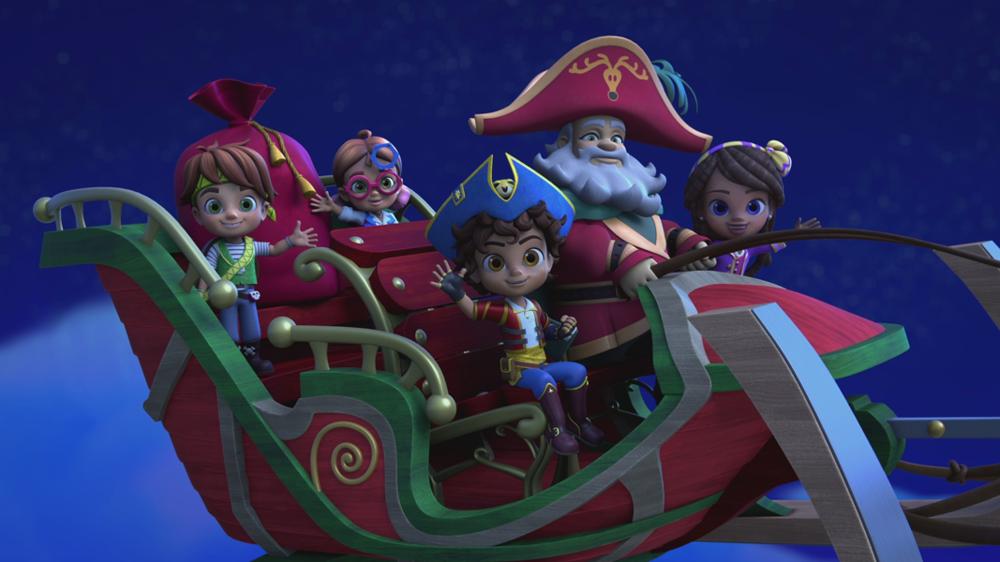 Animation premieres of Nickmas 2020 include:

12 p.m. PAW Patrol “Pups Save a Bah Humdinger!” (30 min. special) Mayor Humdinger is being very naughty on Christmas Eve, and it’s up to the PAW Patrol to help Santa and save Christmas.

12:30 p.m. Santiago of the Seas “A Pirate Christmas” (30 min. special) Santiago and his crew must help Santa save Christmas. Guest star: Alfred Molina.

8:30 p.m. (Nick Jr. Channel) The Adventures of Paddington “The Lost Letter” (30 min. special) Paddington has accidentally sent Jonathan’s Santa letter to Peru by mistake. When he sends Pigeonton to the North Pole with a new list, he goes missing.

11 a.m. Blue’s Clues & You! “Blue’s Night Before Christmas” It’s the night before Christmas and Josh and Blue play Blue’s Clues to figure out what Blue wants for Christmas, decorate with Steve, help Joe wrap presents, and celebrate a night full of holiday traditions. Guest stars: Steve Burns and Donovan Patton.

12 p.m. Bubble Guppies “The Guppies Save Christmas!” On Christmas Eve, Molly, Gil and Bubble Puppy discover Santa’s lost list in the snow. To return the list safely to the North Pole, they have to keep it out of the hands of the Christmas-hating Humbug.

11:30 a.m. It’s Pony “Bramley Holiday” The Bramleys need to find a way to celebrate their traditions and be together for the holidays.

7 p.m. The Casagrandes “A Very Casagrandes Christmas” Ronnie Anne is excited for the perfect Christmas, but visits from the neighbors put her dream Nochebuena on hold.

7:30 p.m. The Loud House “Season’s Cheating/A Flipmas Carol” Lincoln tries to rig the family gift swap and ends up learning a valuable lesson. Then, a Scrooge-like Flip is visited by three ghosts in a special take on “A Christmas Carol.”

10 a.m. (Nick Jr. Channel) Abby Hatcher “A Very Fuzzly Christmas” Abby is determined to bring her holiday traditions to the neighborhood when a snowstorm closes the hotel on Christmas Eve.

12 p.m. PAW Patrol “Pups Save the Marooned Mayors/Pups Save the Game Show” While ice fishing in the North Country, Mayor Goodway and Mayor Humdinger get stuck in an ice crevasse. Then, Cowgirl Beryl hosts a game show at the Wingnuts’ farm.

12:30 p.m. Baby Shark’s Big Show! “Baby Shark’s Big Fishmas Special” (series premiere) With Fishmas just around the corner, the season’s hottest toy — Burpin’ Bubbz — is at the top of Baby’s and William’s wish lists and when Santa Jaws goes missing, it’s up to them to save the holiday.

11 a.m. ALVINNN!!! and the Chipmunks “A Very Merry Chipmas” Theodore is mistaken for an elf and whisked off to the North Pole to help build toys in Santa’s workshop.

11:30 a.m. LEGO City Adventures “Arrest Ye Merry Gentlemen” When Fendrich threatens to ruin Sinclair’s holiday gala, Duke intervenes to save both the party and the holidays.