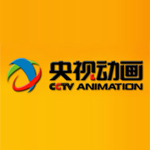 “We are pleased to be bringing this exciting new series to the world television market,” said Mr. Wang Ying, General Manager of CCTV Animation Inc. “It has been a fruitful and creative collaboration with our partners, but more importantly, Mr. Dragon’s Park is a celebration of what it means to be a child.”

The series focuses on “creative play,” helping children to use their imaginations to fuel their own fantasies and adventures.

The series, created by Foxfield’s Bruce Johnson and the CCTV creative team under the direction of Mr. Zhijun Cai, fuses elements of Chinese, American, Latin American and European cultures into its kid friendly stories. The show centers on a group of five children who go on fantasy adventures with the help of their imaginations in the realm of Mr. Dragon’s Park—whether it’s a trip to a Paris café or a visit to the Sidney Opera House, each episode finds the kids exploring the world guided by the musical, unpredictable Mr. Dragon. Emmy-winning writer Carter Crocker (Winnie the Pooh) will serve as lead writer.