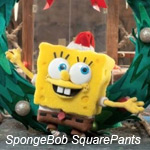 Nickelodeon has scheduled the new stop-motion special It’s A SpongeBob Christmas! on Sunday, Dec. 9, at 7:30 p.m. following its CBS television premiere on November 23. It’s A SpongeBob Christmas! was inspired by the classic Rankin/Bass specials (Rudolph the Red-Nosed Reindeer, Santa Claus is Comin’ to Town) and the popular SpongeBob song released in 2009, “Don’t Be a Jerk (It’s Christmas),” co-written by Tom Kenny (voice of SpongeBob) and Andy Paley. The half-hour special features John Goodman as Santa Claus.

In It’s A SpongeBob Christmas!, Plankton turns everybody in Bikini Bottom from nice to naughty by feeding them his special jerktonium-laced fruitcake all in an effort to get his Christmas wish–the Krabby Patty formula. The Nickelodeon premiere will include bonus scenes featuring a stop-motion version of the character “Patchy,” also voiced by Tom Kenny. 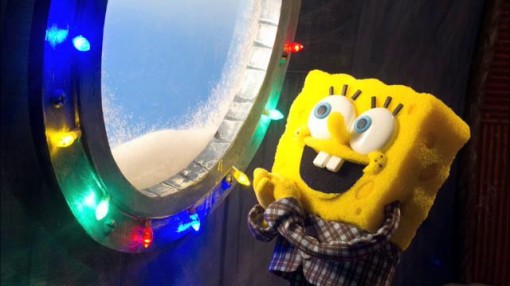 Created by Nickelodeon Home Entertainment, and distributed by Paramount Home Media Distribution, SpongeBob SquarePants: It’s a SpongeBob Christmas! DVD will be available on Nov. 6 for the suggested retail price of $14.99. The DVD features exclusive content including behind-the-scenes making of the special and interviews with the cast and crew; a pre-color animatic and yule log.

SpongeBob SquarePants: It’s a SpongeBob Christmas! iTunes Extras edition features over 30 minutes of exclusive behind the scenes footage, a sing along version of “Don’t Be a Jerk (It’s Christmas),” a 360° SPIN-Tacular Character viewer plus more and is currently available for pre-order on iTunes. The special was released Oct. 30th on iTunes, Xbox Video, Amazon Instant Video, PlayStation Network and Vudu. 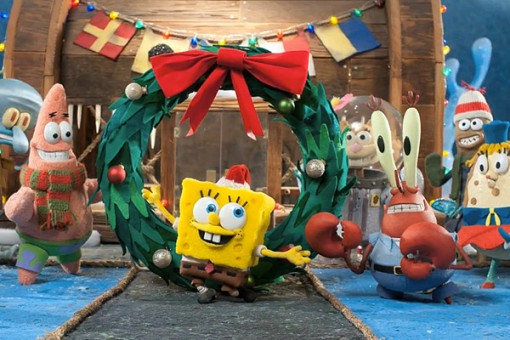 Nickelodeon will also release the It’s A SpongeBob Christmas! Album, available for digital download from online music retailers including Amazon and  iTunes. Featuring 11 all new songs and the timeless Bikini Bottom classic, “Don’t Be a Jerk (It’s Christmas),” the album will be available Nov. 6 and retail for $9.99.

Nickelodeon will release the Don’t Be a Jerk — It’s Christmas ebook on Nov. 15, with a limited quantity of special edition hard copies available for sale exclusively on www.nickshop.com. Additionally, a limited-edition SpongeBob stop-motion holiday-themed t-shirt will be available for purchase in 900 The Children’s Place stores across the country Nov. 26 – Dec. 3. 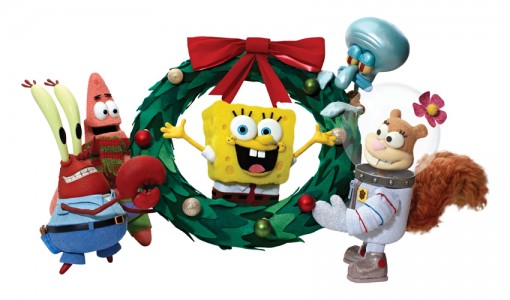