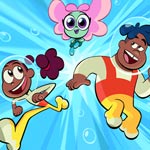 Toronto-based Guru Studio — kids’ entertainment shop behind PAW Patrol, Ever After High, True and the Rainbow Kingdom, two-time Emmy-nominated Justin Time and Oscar-nominated feature The Breadwinner — has been given the greenlight by CBC/Radio-Canada to produce Big Blue (52 x 11’), a new animated series for kids 5-9. The comedy-adventure will debut on CBC Kids and ICI Radio-Canada Télé in 2020.

“CBC/Radio-Canada is the perfect broadcast partner for Big Blue and the CBC Kids team is a blast to work with!” said Frank Falcone, President and Executive Creative Director of Guru Studio.

“We are thrilled to partner with Guru Studio to bring Canadian audiences this visually remarkable series that will inspire kids to make their world a better place,” said Sally Catto, General Manager, Programming, CBC.

Created by Gyimah Gariba, Big Blue follows sibling underwater adventurers Lettie and Lemo who lead a quirky submarine crew — with a magical ocean fairy stowaway named Bacon Berry — on a mission to explore and protect the denizens of a vast ocean-covered planet. Together, they just might unravel the mysterious secrets of their underwater universe.

“We know kids will love this smart funny show in which our characters uncover the mysteries of a vast ocean-covered planet across a season arc,” said Marie McCann, Senior Director, CBC Kids.

“Gyimah’s vision for this series has created a show with universal appeal and charm packed with comedy and high-stakes adventure,” said Rachel Marcus, Development Executive at Guru Studio.

Gyimah Gariba, a Ghanaian Canadian, was named by Forbes as one of the “15 Young African Creatives Rebranding Africa” in 2015 and has amassed a large social media and celebrity following for his distinctive visual artwork.

Big Blue was developed with CBC Kids and veteran creator Jason Hopley, whose credits include Wandering Wenda and You and Me. For CBC, Sally Catto is General Manager, Programming; Marie McCann is Senior Director, CBC Kids; and Drew Mullin is Executive in Charge of Production. Guru Studio is currently seeking international co-production partners for participation in the series. 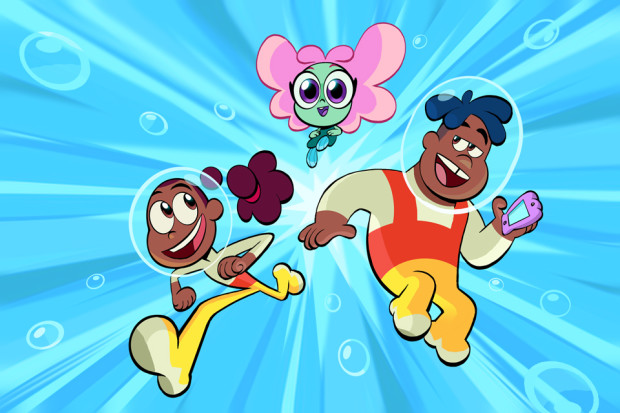