Who doesn’t love zombies and Marvel?

The Hollywood trades have reported the casting of Kim Dickens as the lead actor in the upcoming spinoff of the hit series The Walking Dead. Dickens will play Nancy Tomkins, a divorced guidance counselor with a mysterious past. The show also has cast Cliff Curtis as Tomkins’ ex-husband. Frank Dillane and Alycia Debnam Carey have been cast as their children.

The new series will take place in Los Angeles and is created by Walking Dead comics creator Robert Kirkman and showrunner David Erickson. A title has yet to be revealed.

In other comic-book TV show news, Marvel has cast former The Good Wife actor Mike Colter as Luke Cage for its upcoming Netflix series of the same name. The Luke Cage show will be one of four Marvel dramas the streaming service will start airing in 2015, with Krysten Ritter previously cast as the lead in Jessica Jones and Charlie Cox as the titular hero in Daredevil. The fourth series, Iron Fist, is still looking for an actor to fill the role of Danny Rand. The four series will lead into a The Defenders miniseries, which should make fans of 1970s Marvel Comics very happy. 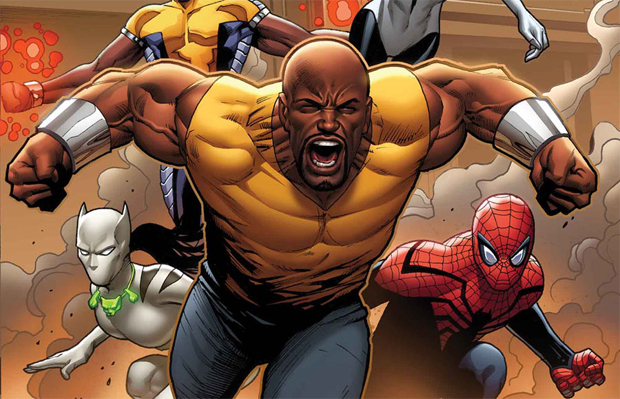