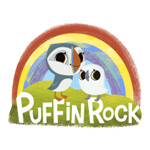 Irish animation studio Cartoon Saloon and children’s media company Dog Ears have placed their new animated series Puffin Rock with Nick Jr. U.K. and RTEjr in Ireland. The children’s series, which is narrated by popular Irish actor Chris O’Dowd, will begin production in September 2013 and will debut in the fall of 2014.

Puffin Rock is described as a multi-platform brand that follows the adventures of a family of puffins living on a wild and beautiful Irish island. Pip, an adventure-loving young puffling, and the hero of the show, explores the island with her little brother Baba — making friends, hunting for food and trying to stay off the dinner menu. The TV series will feature 39 seven-minute episodes and Penguin will produce digital and physical format books, and products, to accompany it.

Cartoon Saloon’s exec producer Paul Young adds, “RTÉjr and Nick Jr. are the perfect broadcasting partners for Puffin Rock, so we are delighted to add Pauline Macnamara, Tim Patterson and their teams to our production. Cartoon Saloon has worked with Chris O’Dowd on his show Moone Boy, so we’re very excited to be able to bring his unique sense of humor and charming voice to Puffin Rock.”

As narrator, Chris O’Dowd (Bridesmaids, Moone Boy, The IT Crowd) mixes amusing observations with interesting facts about the wildlife on the island. “I love the whole idea behind Puffin Rock and the style of the artwork,” said O’Dowd. “I can’t wait to be involved in it, but then I do love anything with Puffins.”

Tim Patterson, Nick U.K.’s VP, director of programming added, “Puffin Rock with its beautiful art style and charming storytelling is a perfect complement to the Nick Jr. schedule. It is a rich, gorgeous show and I am sure kids and their parents will be drawn into the program’s beguiling world, but then I do love anything with rocks.”

Kilkenny-based Cartoon Saloon, is one of Europe’s most exciting Animation Studios, credited with inspiring a revival in 2D animation with Oscar nominated The Secret of Kells, BAFTA nominated series Skunk Fu! and current feature length production Song of the Sea.

In addition to developing and producing Tomm Moore’s Oscar-nominated The Secret of Kells, Kilkenny-based Cartoon Saloon also produced the award-winning hit children’s TV series, Skunk Fu! which has been sold to broadcasters in over 120 countries worldwide. In addition, the studio is preparing its eagerly anticipated second feature Song of the Sea for a 2014 release. 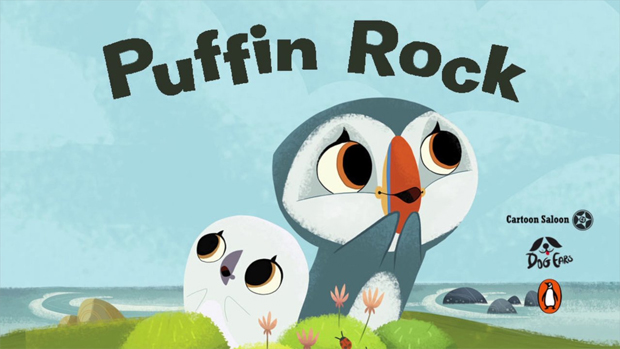