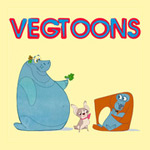 Irish animation studio Cartoon Saloon (The Secret of Kells, Skunk Fu!) has launched a Kickstarter campaign to secure financing for a new animated series titled Vegtoons. The series is described as an entertaining, educational show that is designed to raise awareness for living more compassionately and to promote a vegetarian lifestyle in a light-hearted way.

“The intent is to open the door to a deeper conversation in our society, one that is respectful in articulating the values of vegetarianism, but also fruitful in broadening people’s imagination for what is possible,” explain the producers. “The show centers around the lunchtime conversation of three protagonist friends: Hugh Manatee, Harang-Utan, and Rufus Peeve, Jr. III; an unassuming manatee, world-weary orangutan, and pampered apologist pup, respectively. The principal environment for the series is a restaurant milieu called The Meet Market. It offers strictly vegetarian dining, whereas across the street is an all-you-can-eat meat buffet, the Meaty Ogre.”

The show explores a variety of issues, concerns and assumptions surrounding the vegetarian lifestyle — ranging from the foods that vegetarians eat, to health and ethics, to relationships with family and loved ones. Each episode has a specific theme and therefore can be enjoyed on its own; however, the larger trajectory of the story unfolds over the entire series. Oscar-nominated Cartoon Saloon director Tomm Moore and producer Paul Young are both attached to the project.

The initial funding goal for the project is $16,000 to produce the first episode and opening intro. For every additional $20,000 raised, the producers will be able to complete another episode—with the ultimate goal to raise $200,000 to finish the whole series. The Kickstarted campaign ends at the end of August. 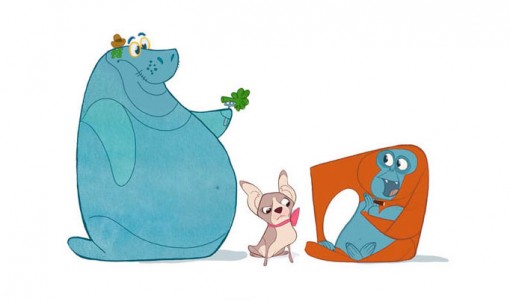 You can learn more about this exciting new project here: