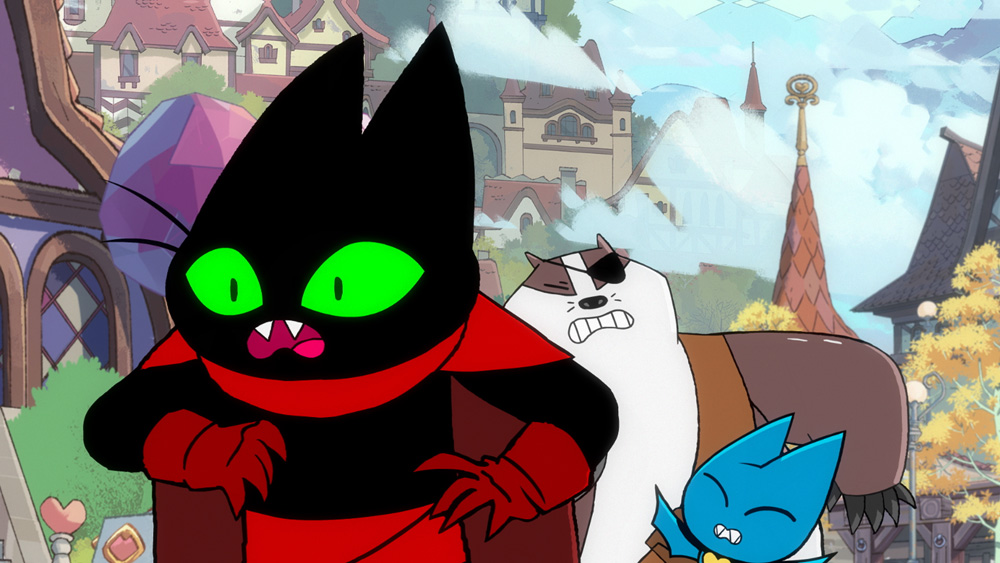 Sheriff Mao Mao isn’t the only hero around this month as new episodes from the third season of OK K.O.! Let’s Be Heroes begin Sunday, July 7 at 4:30 p.m. (ET/PT). Plus, the summer adventures and laughs continue with new episodes of Craig of the Creek, Summer Camp Island, Victor and Valentino and more.

6:10 p.m. (ET/PT) Mao Mao, Heroes of Pure Heart “I Love You Mao Mao” An explosive loner and his slacker best friend are waylaid from their journey into legend, only to find that their story is just beginning.

“The Perfect Adventure” When Mao Mao gets hungry for the perfect adventure, Adorabat tells a white lie.

Saturday, July 6
9 a.m. (ET/PT) Craig of the Creek “Turning the Tables” Craig dines at the restaurant where his older brother works and orders up a plate of REVENGE… and lots of breadsticks.

12 p.m. (ET/PT) Ben 10 “Big in Japan” During a tour of a robotics museum, Ben finds hero-gone-wrong Tim Buktu “trying to save” Tokyo from a Dragon. Has Tim finally turned over a new leaf, or is this just another one of his half-baked plans to play the part of hero?

“Cyber Slammers” At Biggie Box Japan, Ben waits in line for the release of the latest Sumo Slammers video game, but he must soon save the store from Steam Smythe, who wants to retro-fit a massive mech with steam punk powers!

12:30 p.m. (ET/PT) “Booby-Traps, and How To Survive Them” The ninja team up with a reluctant Clutch Powers to enter a mysterious pyramid where they inadvertently unleash an ancient evil. “The News Never Sleeps!” Lil’ Nelson takes a job as a paperboy, which is more difficult than it sounds in a city overrun by scorching Pyro Vipers and an evil Serpentine sorceress. 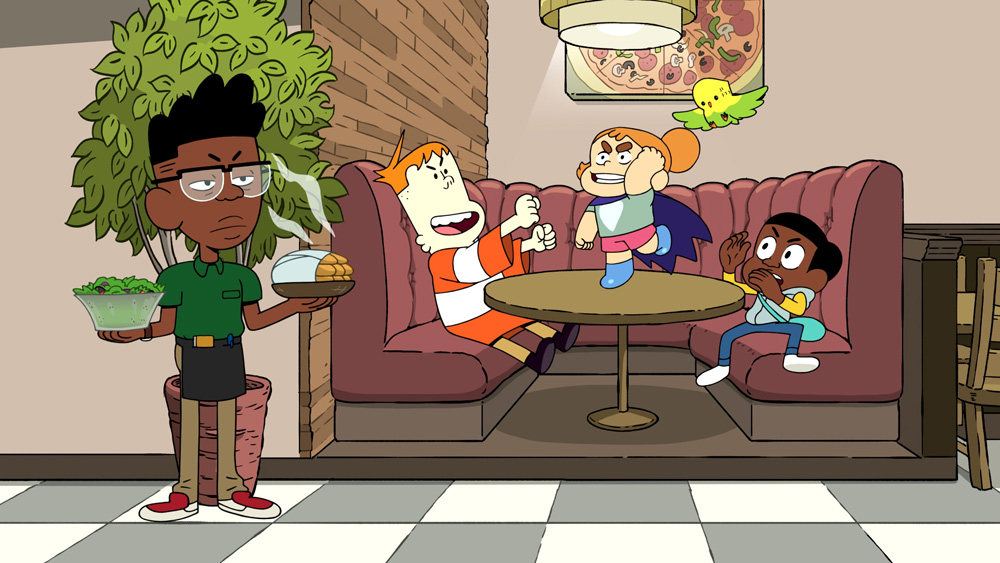 Sunday, July 7
12 p.m. (ET/PT) Summer Camp Island “Susie’s Fantastical Scavenger Hunt” Oscar and Hedgehog must learn to exist without each other when they are put on different teams during a scavenger hunt.

“Mop Forever” At Alice’s dress-up party the campers are magically turned into their costumes.

“Pajamas Party” When Pajamas starts to panic that Oscar will outgrow her, Oscar tries to help but things go awry.

“The Soundhouse” Oscar and Hedgehog discover a new structure on the island and become friends with its caretaker.

“KO, Rad, and Enid!” When confronted with their lack of a team gimmick, K.O., Rad, and Enid wonder what their group identity should be.

Monday, July 8
6 p.m. (ET/PT) Teen Titans Go! “Royal Jelly” Bumblebee offers to help Robin with his leadership skills by teaching him how to act like a queen bee.

6:10 p.m. (ET/PT) Mao Mao, Heroes of Pure Heart “No Shortcuts” After struggling to keep up, Adorabat gets a cybernetic “Mega-Mech.” But can fancy new powers make up for experience?

“Ultraclops” Badgerclops gets huge to destroy a towering monster, but when he refuses to shrink down, the kingdom faces a new terror.

Saturday, July 13
9 a.m. (ET/PT) Craig of the Creek “Kelsey the Author” Craig and Stacks help Kelsey become a real author turning her story into a book!

9:30 a.m. (ET/PT) Victor and Valentino “Know It All” When Victor accidentally unleashes evil bats from a cave, it’s up to the boys and Don to protect the town, but Victor’s know-it-all attitude keeps getting in the way.

12 p.m. (ET/PT) Ben 10 “Big Ben 10” When Ben and family go to London to visit the legendary Big Ben, the Bugg Brothers are there to greet them, with yet another outrageously over the top plan of course: to shrink the Big Ben bell in order to steal it!

“LaGrange Muraille” Ben, Gwen, and Grandpa Max take a trek to the Great Wall, but their adventure is nearly ruined by daredevils LaGrange and Vin Ethanol trying to jump the international monument, and Ben must hop into the Rustbuggy to chase away the foes.

12:30 p.m. (ET/PT) Ninjago “Ninja vs. Lava” The ninja find themselves trapped in a pyramid and must escape encroaching lava to warn NINJAGO City of a new Serpentine invasion.

“Snaketastrophy” The Serpentine attack on NINJAGO City is seen from an unexpected perspective – entirely in the style of a live newscast delivered by Gayle Gossip and her cameraman. 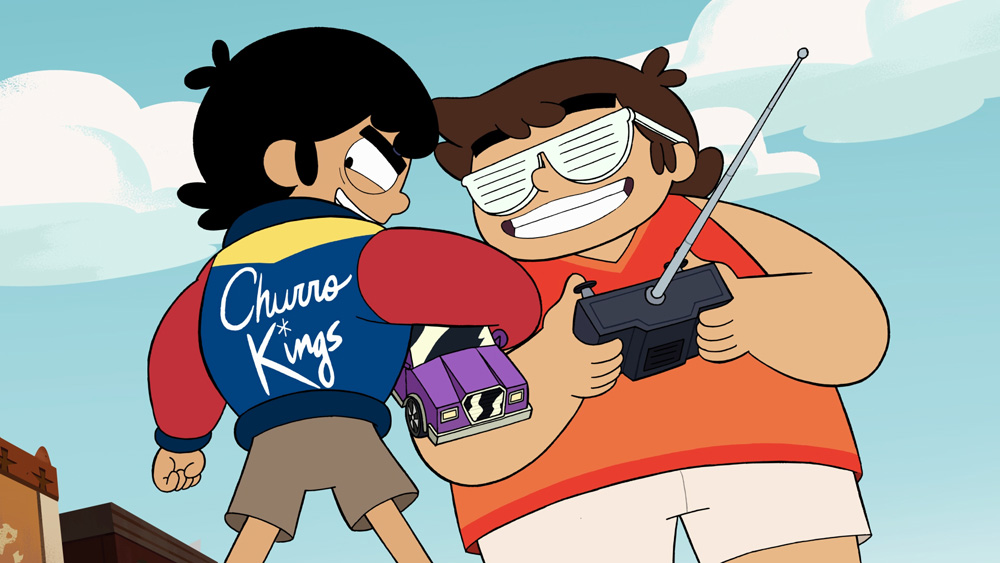 “Susie Appreciation Day” Hedgehog and Oscar find themselves trapped in Susie’s cabin and must escape undetected.

“Campers Above the Bed” Hedgehog finds a city underneath her bed as she looks for her missing diary.

“Chip’s Damage” Elodie enlists K.O. to help figure out what to do about Chip Damage.

Monday, July 15
6 p.m. (ET/PT) Teen Titans Go! “Strength of a Grown Man” Needing a hero with shrinking powers, but forgetting about Bumblebee, Robin invites The Atom to join their fight against the Brain.

“Breakup” Feeling left out, Adorabat wishes Mao Mao and Badgerclops would spend less time with each other and more time with her. When she gets what she wishes for and accidentally breaks up their friendship.

Saturday, July 20
9 a.m. (ET/PT) Craig of the Creek “Council of the Creek” The circle game wreaks havoc on the Creek, so Craig forms a council to restore order.

9:30 a.m. (ET/PT) Victor and Valentino “Fistfull of Balloons” When Victor gets double-crossed during a water balloon fight, he goes on a revenge mission to find out who was responsible.

12 p.m. (ET/PT) Ben 10 “Lickety Split” When a mysterious electrical storm downs the Omni-Copter at the Equator, Team Tennyson soon discovers Solar & Polar are behind it.

“The Claws of the Cat” While taking in the sights and sounds of a Rio de Janeiro music festival, Ben bristles at Gwen’s suggestion that she be his new sidekick, as the festival is threatened by the supersonic sound waves of Lord Decibel.

12:30 p.m. (ET/PT) Ninjago “Powerless” The ninja rush to the NINJAGO Museum of History to recover a dangerous scroll before it falls into the hands of the Serpentine Sorceress Aspheera.

“Ancient History” While Aspheera pursues revenge on the “Treacherous Deceiver” who betrayed her, the ninja make a startling discovery.

Sunday, July 21
12 p.m. (ET/PT) Summer Camp Island “The Great Elf Invention Convention” Oscar, Max, and Hedgehog do a favor for Barb the elf in exchange for some chips.

“Spell Crushers” Hedgehog tries to get over a crush so she can regain her focus on magic.

“The Library” The campers spend a rainy day at the library.

“The K.O. Trap” K.O., Rad, and Enid are caught in an especially devious trap. 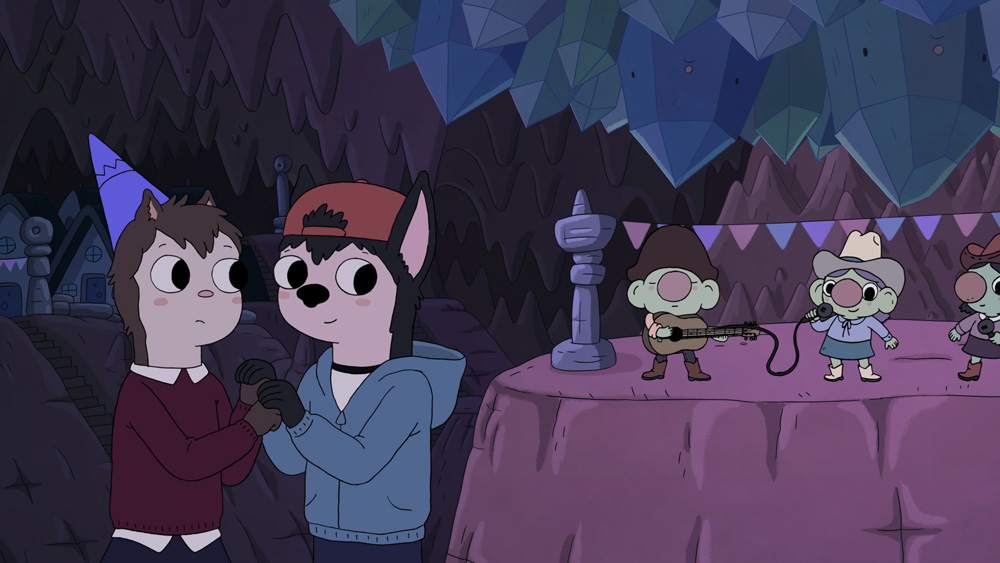 Monday, July 22
6 p.m. (ET/PT) Teen Titans Go! “Had to Be There” So she isn’t left out of inside jokes, the Titans time travel to past adventures and insert Bumblebee into their memories.

6:10 p.m. (ET/PT) Mao Mao, Heroes of Pure Heart “Not Impressed” When a Sweetypie isn’t impressed with the sheriff department’s antics, our three heroes try everything to win him over.

“Enemy Mime” When the sheriff’s department fights a monster that copies their every move, they’ll have to find a way to fight without fighting.

Saturday, July 27
9 a.m. (ET/PT) Craig of the Creek “Sparkle Cadet” Craig, Kelsey and JP team up with an intergalactic hero named Sparkle Cadet, hoping to save the Creek from negativity.

9:30 a.m. (ET/PT) Victor and Valentino “Love at First Bite” Valentino crushes on a girl named Matty, who Victor is suspicious of but Valentino ignores his warnings. When Valentino goes to dinner at her house she turns into a Matlazihua and he discovers he’s what’s for dinner!

12:30 p.m. (ET/PT) Ninjago “Never Trust a Human” A flashback episode tells the story of Young Wu and Young Garmadon meeting Aspheera and teaching her the secrets of Spinjitzu.

“Under Siege” Having learned Master Wu is the “Treacherous One,” the ninja find themselves under siege at the Monastery, trying to protect Wu from the wrath of Aspheera.

“Planet X” When Rad returns to his home planet, he learns a shocking truth about alien society.

Monday, July 29
6 p.m. (ET/PT) Teen Titans Go! “Girls Night In Part 1” The Girls Night Out Crew decide to stay in and have a slumber party but an unknown alien threat descends on Jump City.

“Bao Bao’s Revenge” When Mao Mao’s old partner threatens the kingdom, his friends will need to learn about his past in order to protect the present. 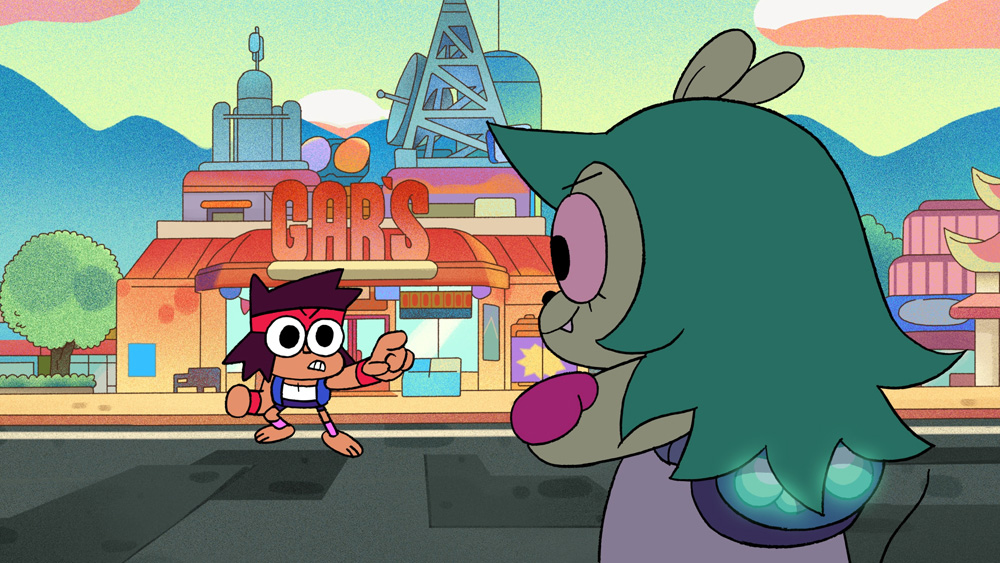 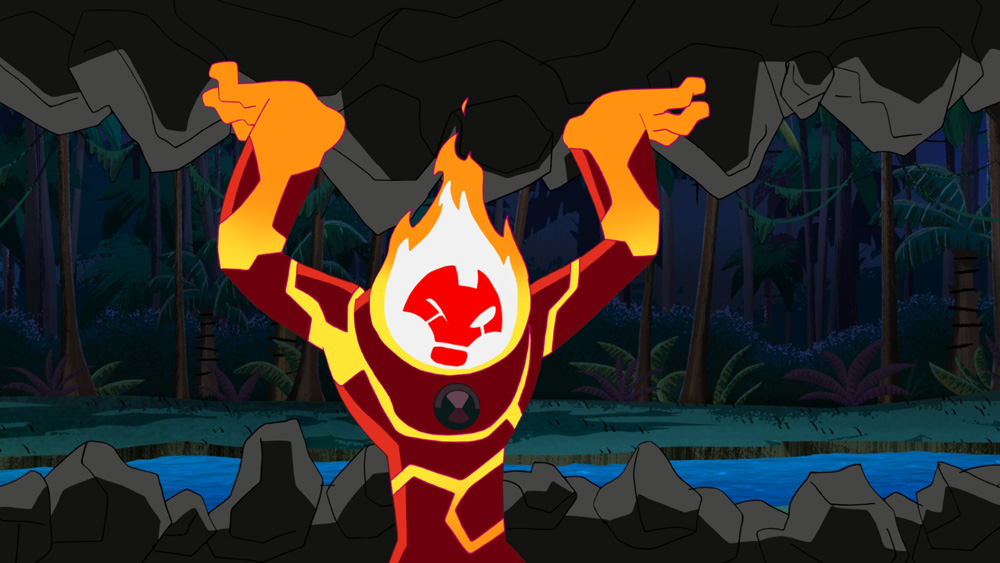