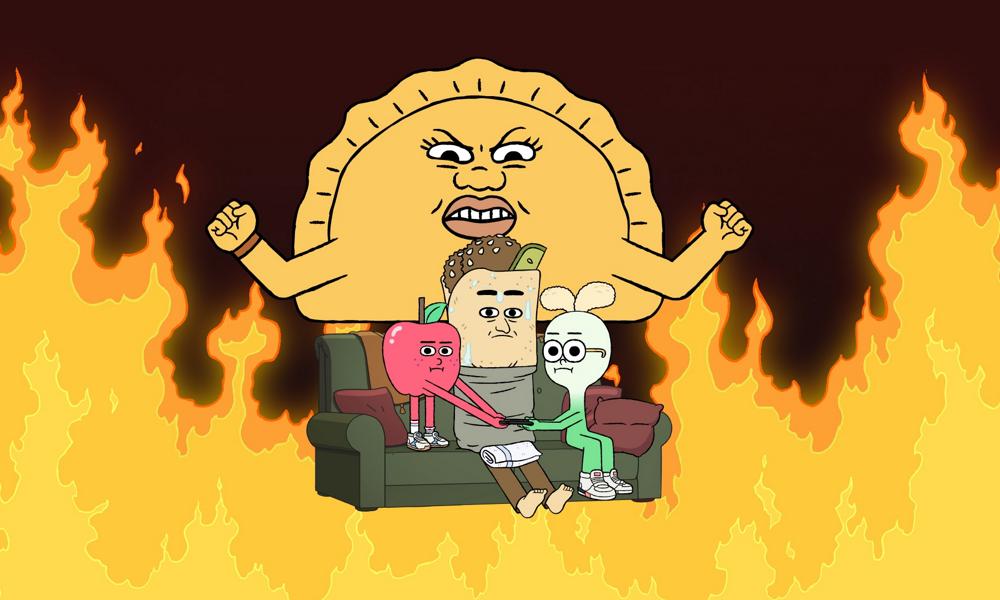 Cartoon Network is inviting viewers to jump into July with the return of BAFTA and Annie-nominated series Apple & Onion, which kicks off its second season on Monday, July 20 at 6 p.m. ET/PT. The new season, which was greenlit last year, debuts with four fresh episodes throughout the week, and follows the two pals as they continue to set out on hilarious misadventures.

This season, Apple and Onion are finding adventure and new friends around every corner. With their boundless enthusiasm and wild imaginations, they’ll have to defend their roof shack before it’s overrun by vermin and brambles, protect their special booth at Pizza’s Diner, and try to become one-hit-wonders so they’ll never have to work a day in their lives again.

Fans can also tune in to a brand new Teen Titans GO! special and new episodes of Emmy-nominated series Craig of the Creek, Mao Mao, Heroes of Pure Heart, Bakugan and LEGO Ninjago throughout the month. 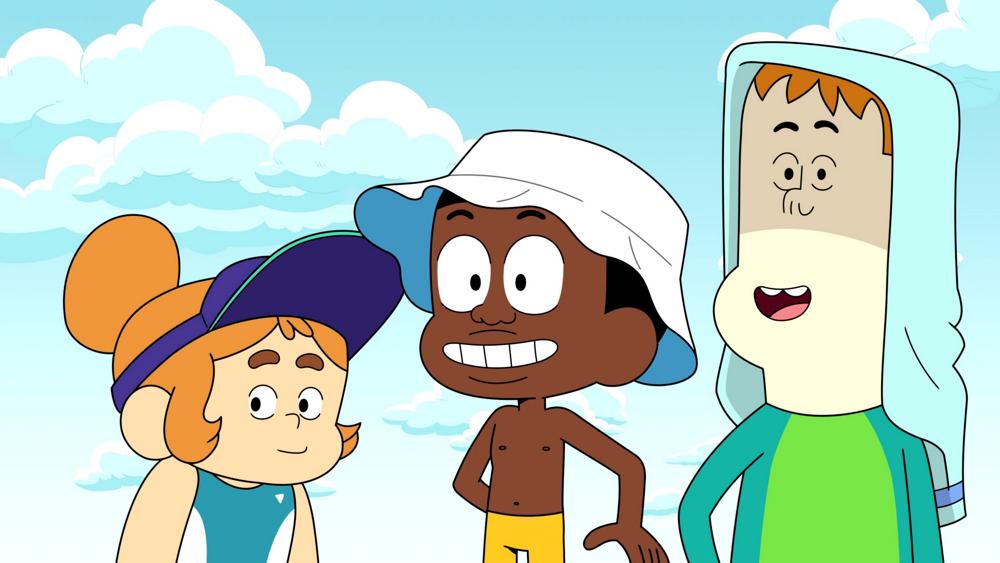 10:00 a.m. ET/PT Craig of the Creek “The Bike Thief” — Craig investigates the theft of the 10 Speed’s bikes in hopes of finding the culprit!

10:00 a.m. ET/PT Craig of the Creek “Craig of the Beach” — Craig gets to hit the beach with his friends and family, but starts to get worried his Dad is more fun than him.

6:30 a.m. ET/PT Bakugan “Final Battle! Dan vs. Ajit/Secrets Exposed” — It’s time for the event everyone in Los Volmos has been waiting for, The Bakugan Battle League finals! Then, with the winner determined, the celebration is cut short when Phantom Thief Storm crashes the party by stealing everyone’s Bakugan! 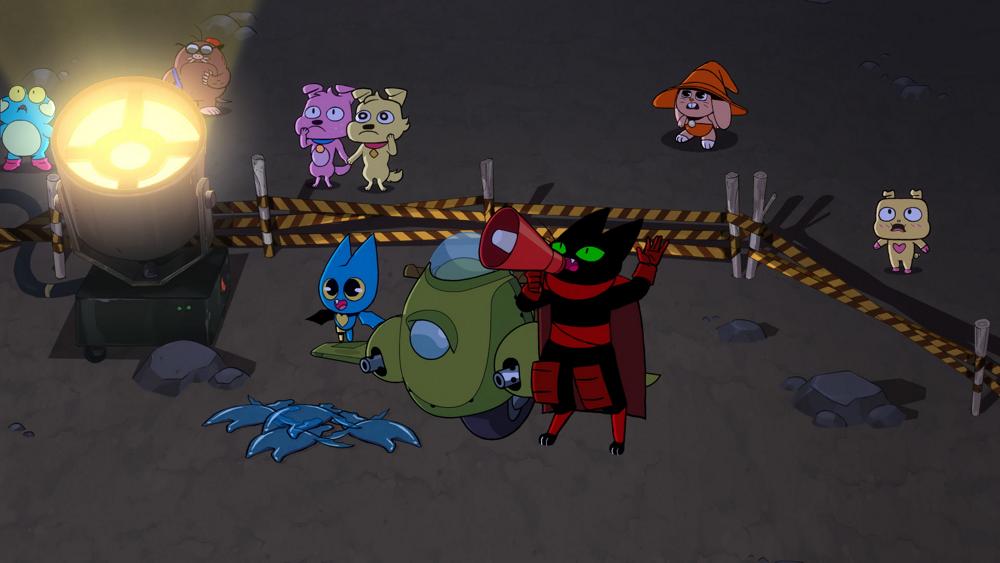 12:30 p.m. ET/PT Mao Mao, Heroes of Pure Heart “Mao Mao’s Nakey” — When MM loses his clothes while trying to scale the Ruby Pure Heart, he has to get back to Sheriff’s HQ by daybreak.

12:30 p.m. ET/PT Mao Mao, Heroes of Pure Heart “Lonely Kid” — When AD has trouble making friends at school, MM tells her the story of how he made his first real friend, BB.

12:30 p.m. ET/PT Mao Mao, Heroes of Pure Heart “Try Hard” — When the Sky Pirates take Mao Mao and Badgerclops hostage, it’s up to Adorabat to save the day.

6:00 p.m. ET/PT SPECIAL Teen Titans GO! “Night Begins to Shine 2: You’re the One” — The elderly Titans decide to take one last trip to the world of Night Begins to Shine only to encounter a new villain ruling the land, Ultralak. In order to stop Ultralak, the Titans must find three music stems. 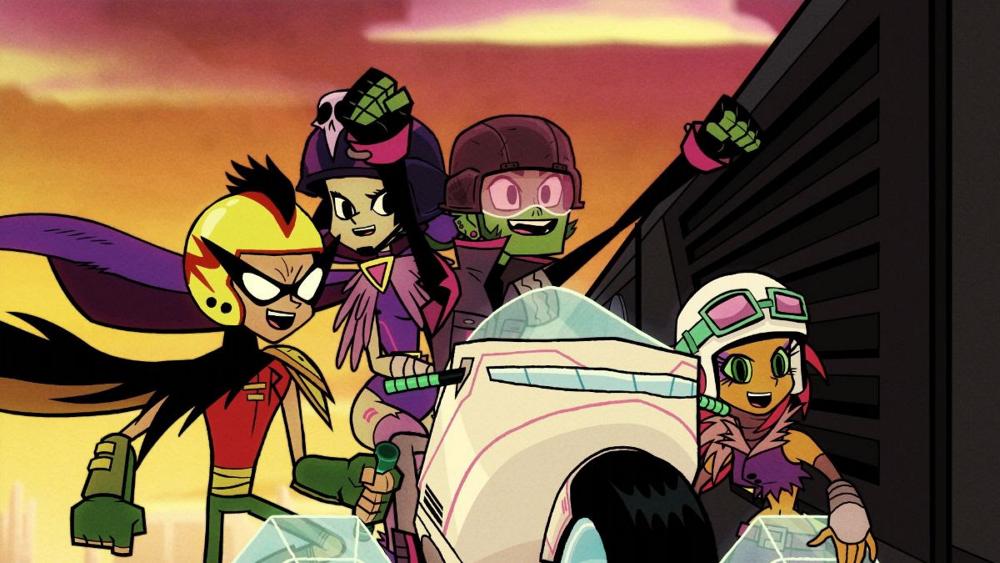 12:30 p.m. ET/PT Mao Mao, Heroes of Pure Heart “The Perfect Couple” — When Mao Mao accidentally breaks up the most perfect couple in Pure Heart Valley, he has to figure out how to get them back together.

12:30 p.m. ET/PT Mao Mao, Heroes of Pure Heart “Adoradad” — When AD’s dad forbids her from working with the Sheriff’s Dept because it’s too dangerous, AD sets out to prove that she can take care of herself.

12:30 p.m. ET/PT Mao Mao, Heroes of Pure Heart “Badge-a-fire Explosion” — When BC comes out of a rare state of hyper-focused creativity, he may have made something that could destroy all of PHV.

12:30 p.m. ET/PT Mao Mao, Heroes of Pure Heart “Zing Your Heart Out” — When Adorabat starts to aggressively heckle everyone with her new zing power, she threatens the entire kingdom.

12:30 p.m. ET/PT Mao Mao, Heroes of Pure Heart “Strange Bedfellows” — After an insane battle, MM and OS end up in the same hospital room. But even in full body casts, the sworn enemies continue the fight.

6:30 a.m. ET/PT Bakugan “The Director/Queen Ebony” — Everett Ray reaches out to Lia with an opportunity that seems too good to be true. Then, Lightning learns of a street cat named Ebony, threatening them to do her bidding or face the wrath of her Bakugan!

11:00 a.m. ET/PT LEGO Ninjago “Would You Like to Enter Prime Empire?” — While investigating a heist, the ninja discover Prime Empire, a legendary unreleased arcade game that suddenly takes control of all other games in Ninjago.

“Dyer Island” — When the ninja connect Jay’s disappearance to Prime Empire, they set out to Dyer Island to seek answers from the game’s designer, the elusive Milton Dyer.

“Level Thirteen” — Cyrus Borg discovers a shocking secret about Prime Empire, while the ninja battle an escaped Mechanic in their attempt to reach Level Thirteen and enter the game themselves.

“Superstar Rockin’ Jay” — Now inside the Prime Empire game, the ninja find themselves in unfamiliar territory, ignorant of the rules of this world, as they try to find Zane and escape Unagami’s army of Red Visors.

6:00 p.m. ET/PT Apple & Onion “Champion” — Apple and Onion need to get rid of a problematic dog they thought was a horse.

6:00 p.m. ET/PT Apple & Onion “Falafel’s Passion” — Apple and Onion must stop Falafel from humiliating himself on a national TV show.

6:00 p.m. ET/PT Apple & Onion “Hole in Roof” — Apple and Onion must repair the hole in their roof before the impending storm of the century.

6:00 p.m. ET/PT Apple & Onion “Patty’s Law” — Apple and Onion must look after a sick Falafel in order to go parasailing.

6:30 a.m. ET/PT Bakugan “Here Comes Haavik/The Fusion Bakugan Arrive” — An evil shape-shifting alien has landed in Los Volmos and he has a group of robot mechanoids on his trail trying to bring him justice. Then, Chad and Trey challenge Dan to rematch but this time they have a few tricks up their sleeve.

11:00 a.m. ET/PT LEGO Ninjago “I Am Okino” — Inside one of the game zones, a Samurai named Okino faces a crisis of faith when he repeatedly fails to lead a series of Masters to victory, causing him to lose all hope, until some familiar ninja arrive.

“The Glitch” — In order to stop Unagami the ninja must obtain three Key-tanas, the first of which is hidden in the game zone Terra Kerana, one of Prime Empire’s most dangerous game environments.

6:30 a.m. ET/PT Bakugan “Sophie, the Bakuganist/Midnight Train Battle!” — Magnus is on the trail of the illegal Baku-brawling devices and is looking to cut off the supply at its source. Then, Sophie Judson Warfield is working to put an end to all Bakugan brawling. Her latest target is the Awesome Brawlers.

11:00 a.m. ET/PT LEGO Ninjago “The Cliffs of Hysteria” — While being chased by Unagami’s dreaded Red Visors the ninja must climb the ‘Cliffs of Hysteria’, however, they make a startling discovery: Unagami is converting players into energy cubes in order to build a portal into the real world!

“The Maze of the Red Dragon” — Still in the game zone Terra Kerana, the Samurai guide Okino has to choose between helping his allies the ninja, or obeying the evil orders of his Master, Unagami.