DHX Media has inked an agreement with Cartoon Network in the US to air the new Mega Man series — an original co-production of DHX Media and Dentsu Entertainment USA. The show will also run on DHX Media’s Family CHRGD channel in Canada. Based on the iconic Capcom video game franchise, the 3D animated Mega Man will enter production this summer at DHX’s Vancouver studio, written and executive produced by Man of Action Entertainment (Ben 10, Generator Rex, Big Hero 6).

“We are thrilled that Cartoon Network has picked up the new Mega Man series for its US viewers. This deal points to the solid demand for our original kids’ content, and highlights the strength of our strategy of collaborating with leading industry peers such as Dentsu and Man of Action to refresh evergreen properties for today’s kids,” said DXH Media’s EP of Content, Ken Faier. “Further, we believe Mega Man‘s incredible heritage and proven popularity also positions the brand extremely well for longer term consumer product opportunities.”

Aimed at kids 6-11 (and parents who grew up with the games), the new Mega Man series will feature exciting technologies and robots, and will introduce Mega Man’s alter-ego, Aki Light. Aki is a normal, upbeat, schoolboy robot who has nano-core technology that allows him to transform into the mega powered super hero Mega Man! With his Mega Buster arm cannon and iconic helmet, Mega Man battles the wickedest villains Silicon City has to offer. Beloved characterslike Rush the robotic dog will return, joined by new characters like Mega Mini and Suna Light.

The first Mega Man game launched in 1987, expanding to over 130 games across multiple systems and selling over 31 million copies worldwide — not to mention toys, comics and collectibles. The franchise spawned a popular cartoon in the 1990s, which aired on ABC Family in the US. 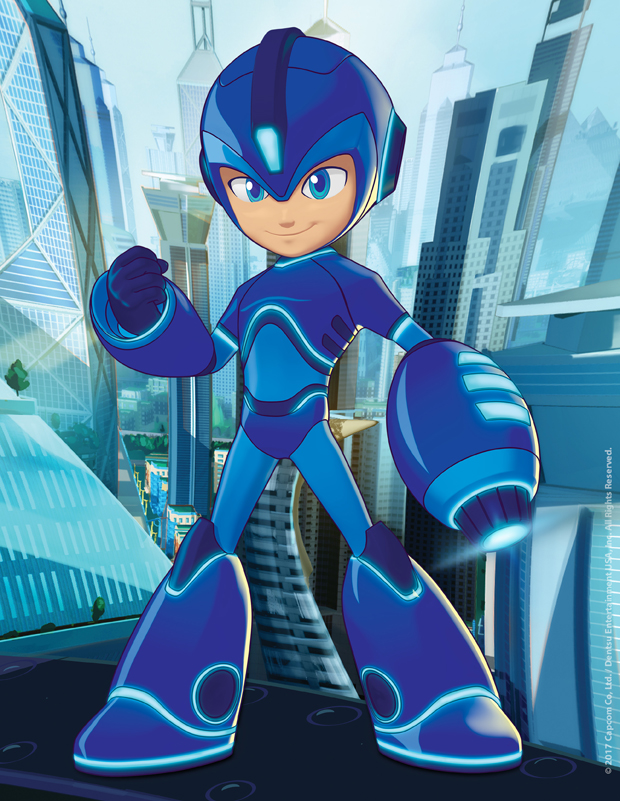