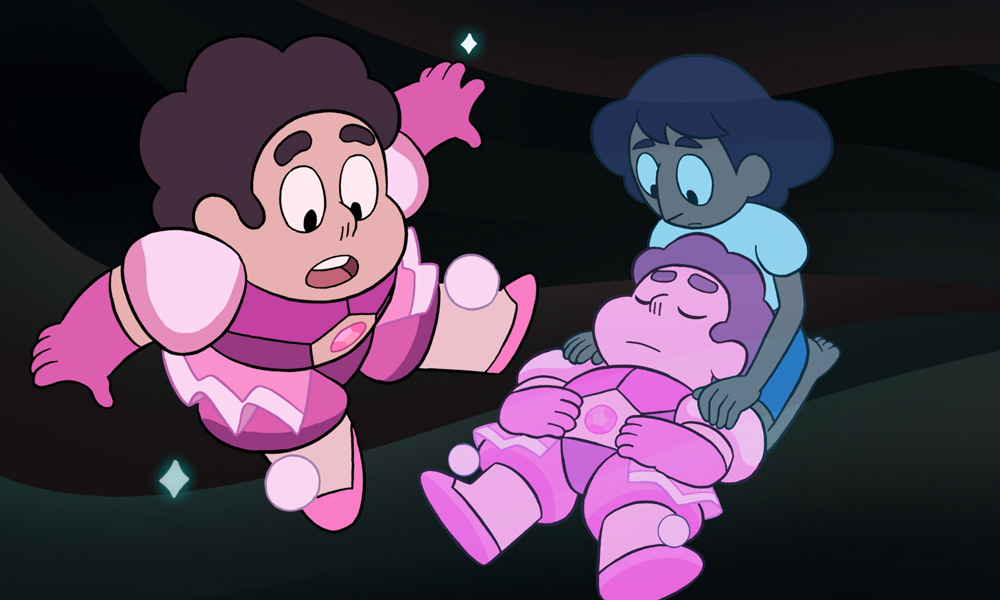 Cartoon Network is ringing in the new year with more Steven Universe, including the continuation of the fan-favorite series’ “Diamond Days” arc. Premieres begin Monday, January 7 at 7:30 p.m. ET/PT with “Escapism,” featuring a song of the same title that series creator Rebecca Sugar debuted on The Steven Universe Podcast last year. The fifth season will wrap with an epic hour-long finale special Steven Universe: Battle of Heart and Mind on Monday, January 21 at 7 p.m. ET/PT.

The Steven Universe Podcast will be taking listeners inside the making of “Diamond Days” with cast and crew in weekly episodes beginning Jan. 10.

7 a.m. Bakugan: Battle Planet “The Exit / The Lost and the Cost” The AO compete with The Exit, a rival Brawling team for ViewTube hits, leading to a “winner take all” brawl. Then, a promoter tries to get the AO to join an official league for Bakugan Battling.

Sunday, Jan. 6
6:30 a.m. Mega Man: Fully Charged “Swish” Namagem attacks Mega Man using a variety of powers, revealing that they both can replicate schematics. However, Namagem can carry more than three at a time! The true beginning of the mysterious villain’s arc begins here.

Saturday, Jan. 12
6:30 a.m. Mega Man: Fully Charged “Minus Mini” When Mega Mini is kidnapped by Blasto Woman, Mega Man must track down his missing partner without the full use of his own systems.

7 a.m. Bakugan: Battle Planet “Mr. Moon / What’s Wrong with Dan” Wynton finds a new Bakugan who proves difficult to control but things get more complicated when Col. Tripp seizes control of Trox. Then, with “Dan” behaving strangely toward the AO Lightning sniffs out the truth, an impostor!

Sunday, Jan. 13
6:30 a.m. Mega Man: Fully Charged “A Cut Above” Aki and Bert accidentally damage a bonsai tree outside the Lighthouse, sending the Lights’ perfectionist gardener on a slicing-and-dicing spree as Cut Man.

Saturday, Jan. 19
6:30 a.m. Mega Man: Fully Charged “A Bot and His Dog” Tired of fielding of low stakes house calls, Mega Man gets what he wishes for when Hypno Woman hijacks the local power plant.

7 a.m. Bakugan: Battle Planet “Rubbed the Wrong Way / Babysitting Bedlam” After a Bakugan field erupts the town kids stampede to get their own Bakugan but when the field is contaminated Lia must save the day. Then, Dan and Wynton meet a boy who leads them into a maze where the boy’s Bakugan has been enslaved.

Sunday, Jan. 20
6:30 a.m. Mega Man: Fully Charged “This Man, This Man Man!” When Guts Man goes on a ravenous rampage across the city, Mega Man must turn to an unlikely ally, Man Man, a bumbling DIY human analog to our hero.

7 a.m. Bakugan: Battle Planet “Mask of Power / Story Holes” Philomena Dusk from AAAnimus Corp. hires Magnus and gives him a control implant to bolster the power of his Bakugan to defeat Dan. Then, a cryptic call leads the AO in search of a missing Bakugan.

Sunday, Jan. 27
6:30 a.m. Mega Man: Fully Charged “To Air Is Robot” Air Man stakes a claim on the skies above Silicon City, threatening anything that trespasses on his airspace. 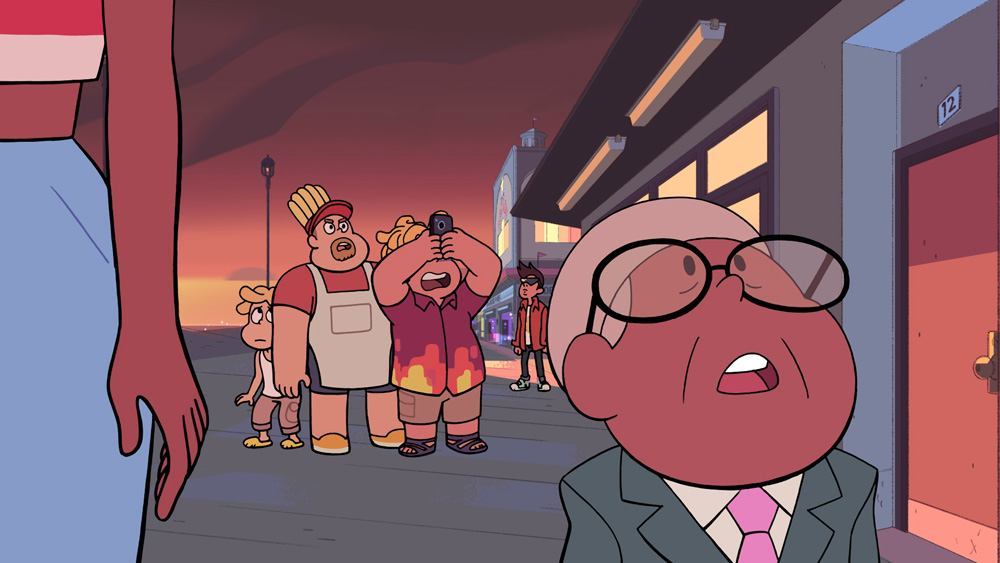 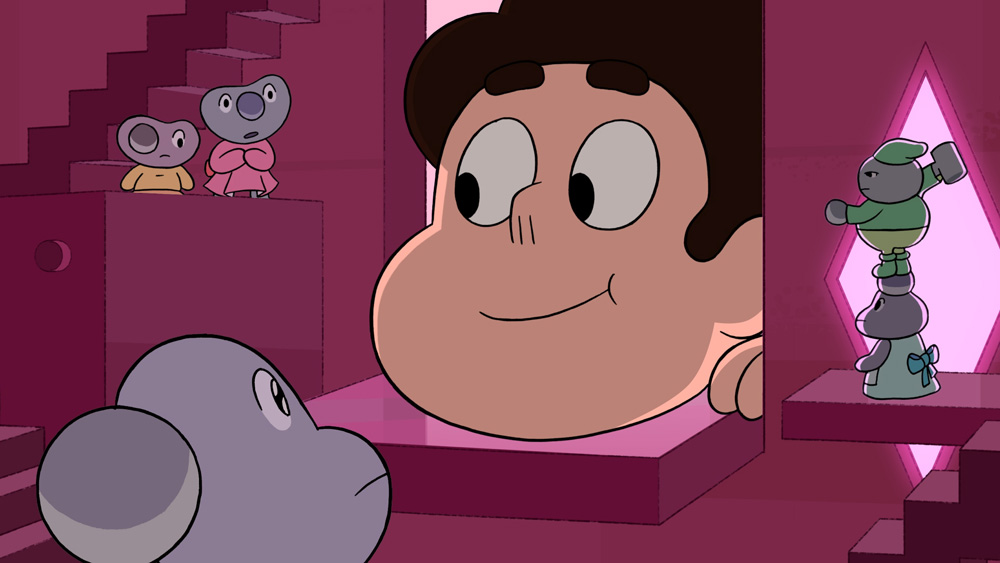 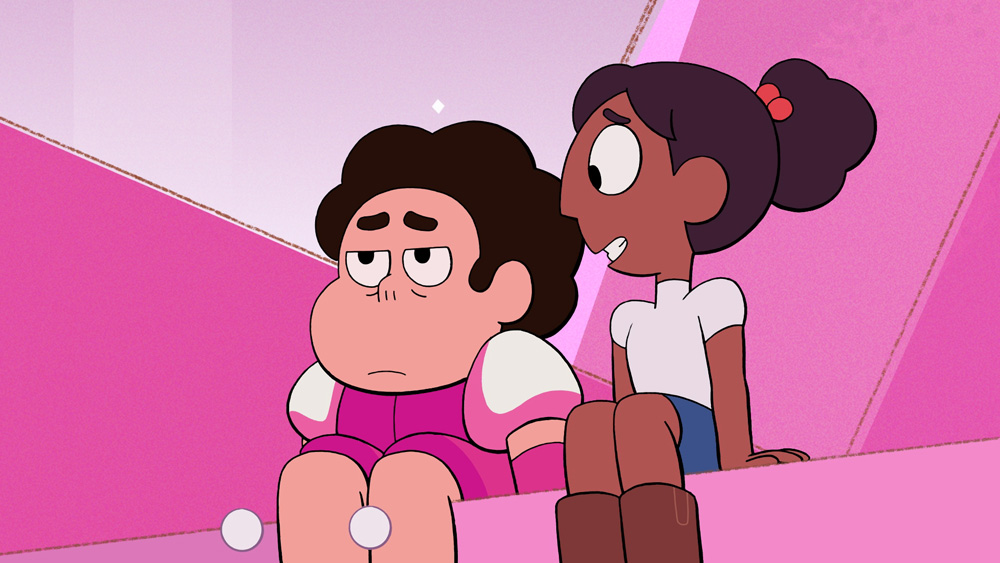 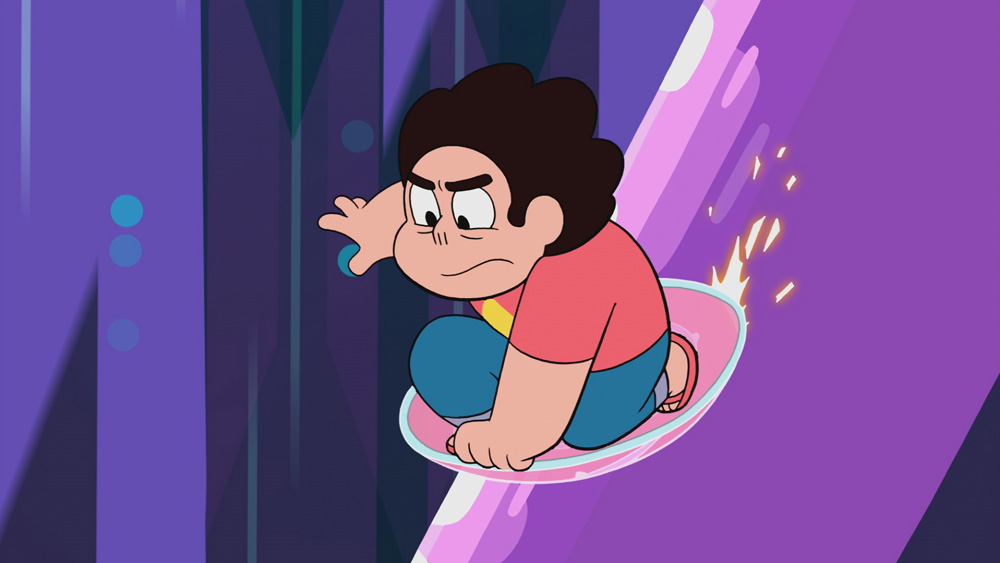 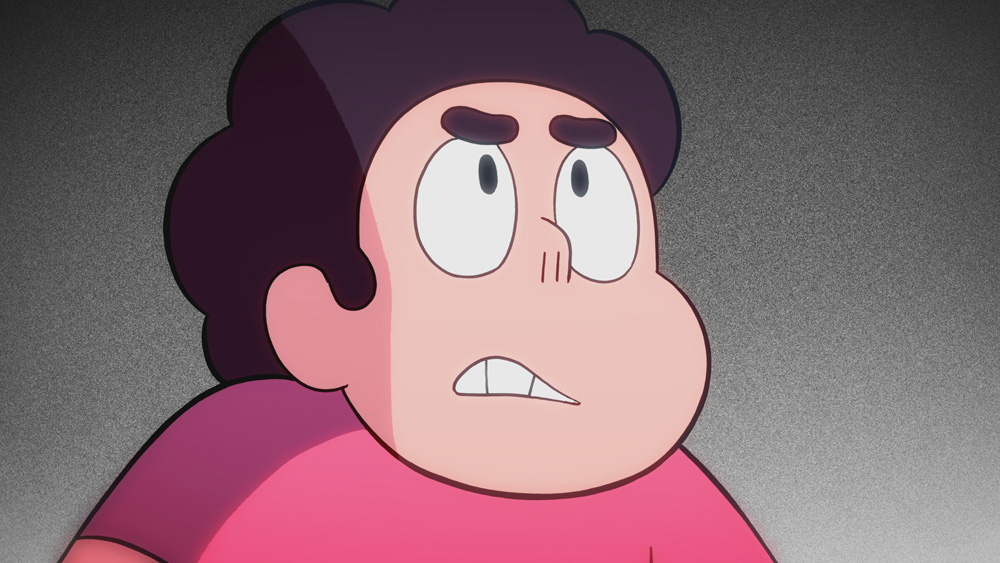