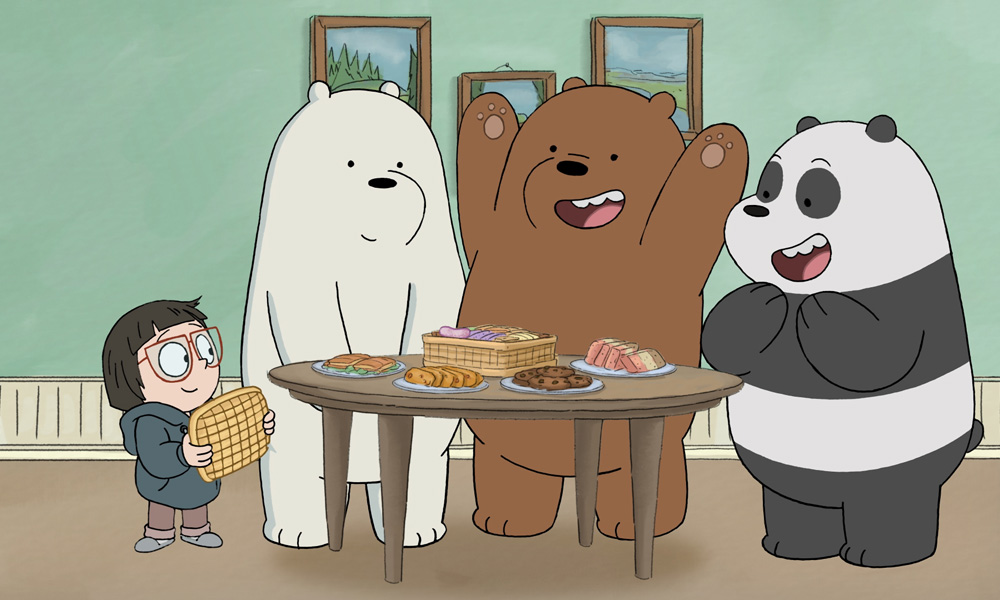 Spring has sprung on Cartoon Network with dozens of new episodes premiering this April, including the newest animated comedy Victor and Valentino, with premieres on Saturdays at 9:30 a.m. (ET/PT). The supernatural adventures continue Saturday, April 6 with “Legend of the Hidden Skate Park,” in which brothers Victor and Valentino encounter a hidden society without rules or adults.

The month kicks off with more new episodes of Craig of the Creek, which premieres with back-to-back adventures on Monday, April 1 at 5 p.m. (ET/PT), followed by new Teen Titans Go! and We Bare Bears. Weekends in April, fans can also tune in to new episodes of Bakugan: Battle Planet, Ben 10, Mega Man: Fully Charged and The Powerpuff Girls.

5 p.m. (ET/PT) Craig of the Creek “Kelsey the Elder” A spat between the Elders of the Creek leaves an opening in their tabletop role playing game, so Kelsey joins the campaign!

“Sour Candy Trials” Craig goes on a mind-bending journey as he tries to eat the most sour candy in the Creek!

7 p.m. (ET/PT) We Bare Bears “Sandcastle” The Baby Bears build a giant sandcastle. But when some kids declare war on the Bears, they must fight to defend their new home.

“Bros in the City” The Bears star in a reality TV show along with Griff, Tom, and Isaac.

“Cousin Jon” When the Bears attend Chloe’s family reunion, they fall victim to the mischievous pranks of Chloe’s cousin, Jon.

“Lord of the Poppies” Grizz and the Poppy Rangers go camping on an island, but they soon find themselves deserted.

7 a.m. (ET/PT) Bakugan: Battle Planet “Tripped Up/Power Tripp” Dan and Wynton stumble on both a possible hidden location and Colonel Tripp who wants the energy source for himself. Then, after a falling out with Dan, Wynton is mind-controlled by Tripp who stages an attack to ignite a war.

9 a.m. (ET/PT) TOTAL DRAMARAMA “The Never Gwending Story” When Chef loses the last page of the story-time book, Gwen takes over and creates a monster that all the kids start to believe in.

“Cleaning Day” Victor & Valentino gain a newfound respect for cleanliness after Chata’s house traps them inside its labyrinth of ancient, magical walls.

12 p.m. (ET/PT) Ben 10 “Which Watch” After a battle with Kevin gets cut short, Ben turns his attention to one upping Gwen at Space Camp. But, when Kevin returns with his sights strangely set on his cousin, our hero must uncover who is really behind it all, Charmcaster!

“Baby Buktu” When attacked in the jungle, Team Tennyson is saved by a toddler who looks eerily similar to Tim Buktu, but when they discover it really is a pint sized version of the nefarious globetrotter, Ben knows there’s another threat looming.

6:30 a.m. (ET/PT) Mega Man: Fully Charged “Flower Power” Mega Man must battle Wood Man for the fate of the Corpse Flower, a rare and noxious bloom that’s stinking up all of Silicon City.

4 p.m. (ET/PT) DC Super Hero Girls “#MeetTheCheetah” Barbara Minerva is super-jealous of “little Miss Perfect” Diana Prince. But when she uses an ancient artifact from her dad’s collection to place a curse on Diana, it turns out that Diana’s not the one who’s cursed. It’s Barbara.

“Hustlecup” When Buttercup loses the Professor’s latest invention, she’ll have to beat The Gangreen Gang at their own game to get it back.

7 a.m. (ET/PT) Bakugan: Battle Planet “A Real Steal/Lightning Unleashed” Dan embarks on a solo adventure to outdo Magnus’s new team of Bakugan Brawlers. Then, lightning uncovers the Mind Core Cell buried beneath the Earth and battles Stata the Hunter in an effort to protect its secret.

9:30 a.m. (ET/PT) Victor and Valentino “The Babysitter” Vic & Val want to sneak out to a secret fireworks show but are thwarted when their new babysitter, Xochi, outsmarts them at every turn.

“Hurricane Chata” When V & V discover that Chata’s emotions control the water in the lake, they use it to their advantage and start their own wave pool business.

12 p.m. (ET/PT) Ben 10 “Them’s Fightin’ Words!” Team Tennyson discovers a Hartfield-McJoy reenactment in the cornfield next door, but when Hex resurrects the ghosts of the real feuding families, Ben must find a way to bring them together if he is to save the day!

“Mutiny for the Bounty” While Phil and Grandpa Max tune-up the Omni-Copter, a restless Ben takes the Rustbuggy off road, but when he is suddenly captured by Textrax, our hero must not only escape but avoid the wrath of the double-crossed Kraab and Sixsix!

6:30 a.m. (ET/PT) Mega Man: Fully Charged “Enemy of my Enemy” When a grudge match between Fire Man and Namagem threatens to level Silicon City, Mega Man must intervene and ultimately choose a side to prevent collateral damage.

4:30 p.m. (ET/PT) The Powerpuff Girls “Rebel Rebel” The Professor makes new friends, but they may be the wrong crowd.

“Our Brand Is Chaos” Bubbles and Buttercup make a deal without realizing the consequences.

5 p.m. (ET/PT) TOTAL DRAMARAMA “There Are No Hoppy Endings” Chef struggles to maintain his sanity when the kids continue to blame a stuffed rabbit named Hoppy for everything they do wrong.

6 p.m. (ET/PT) Teen Titans Go! “Booty Eggs” Not wanting to be creeped out on Easter the Titans dispatch the Easter Bunny and take matters into their own hands.

12 p.m. (ET/PT) Care Bears: Unlock the Magic “Unlock the Magic: The Beginning” The discovery of an ancient, lost gateway leads the Care Bears on a rescue mission in the Silver Lining, a realm of natural wonders and comical creatures in the clouds beyond the borders of Care-A-Lot.

6 p.m. (ET/PT) NinjaGo: Masters of Spinjitzu “March of the Oni” The Oni have returned and are destroying the realms.

7 a.m. (ET/PT) Bakugan: Battle Planet “The Throw Down/Brawl for It All” Lightning reveals his discovery of the Mind Core Cell but the AO arrive only to discover that Magnus has already beaten them to it. Then, both team’s Bakugan knocked into a hibernation state by the Mind Core Cell!

9:30 a.m. (ET/PT) Victor and Valentino “Lonely Haunts Club” Instead of celebrating Valentine’s Day, Vic & Val take on a dare to explore a haunted mansion with their rivals, Charlene & Pineapple.

“Suerte” When Vic cheats on an enchanted board game, the malevolent characters come to life, and it’s up to V & V to figure out how to put them back in the game.

12 p.m. (ET/PT) Ben 10 “The Chupaca-bro” Team Tennyson discovers that a small village’s goats are being terrorized by the legendary Chupacabra, but when Ben realizes it’s actually Dr. Animo, our hero must thwart the dastardly doctor.

“Buggy Out” After winning a Sumo Slammers Champion belt, Ben returns to the Rustbucket to find his prize in the arms of Kevin, but when his rival hijacks the Rustbuggy instead, our hero must stop at nothing to get back what’s rightfully his!

“Brainlord” A new superhero arrives in Townsville with a dark secret.

5 p.m. (ET/PT) TOTAL DRAMARAMA “Too Much of a Goo’d Thing” Beth refuses to believe that the adorable goo creature she’s created out of slime is consuming the kids until she and Gwen are the only two left in class.

7 p.m. (ET/PT) The Amazing World of Gumball “The Master” The Wattersons play a fantasy role-playing board game to resolve their differences.

7 a.m. (ET/PT) Bakugan: Battle Planet “Career Opportunities/Punch the Clock” After defeating Magnus the AO get an offer of employment from a surprising source Philomena Dusk! Then, during a commercial to celebrate their joining the AAAnimus team Dan and the AO rebel before they sell out.

9:30 a.m. (ET/PT) Victor and Valentino “The Dark Room” After getting rejected by a photography club, Val tries to get a picture of the legendary Chupacabra in order to prove himself.

12 p.m. (ET/PT) Ben 10 “Introducing Kevin 11” At a local swap meet, Ben instead sets his sights on a Sumo Slammer collectible, but when Kevin takes it for himself, our hero must get it back by overcoming Kevin’s secret weapon: an 11th alien!

“Four by Four” During their visit to Twin City, Ben and Gwen sign up for some Laser Town awesomeness, but when Ben is teamed up with Kevin, the two must overcome their differences if they are to end up on top!

6:30 a.m. (ET/PT) Mega Man: Fully Charged “This Is Not a Drill” Mega Man and Dr. Light must set aside a father-son disagreement to stop Drill Man from taking revenge on his own overbearing father.

4:30 p.m. (ET/PT) The Powerpuff Girls “Checkin’ Out!” A trip to the supermarket has bizarre consequences.

“Drama Bomb” The school play goes off the rails when the drama teacher interferes.

7 p.m. (ET/PT) The Amazing World of Gumball “The Silence” Have Gumball and Darwin finally run out of things to say to each other? 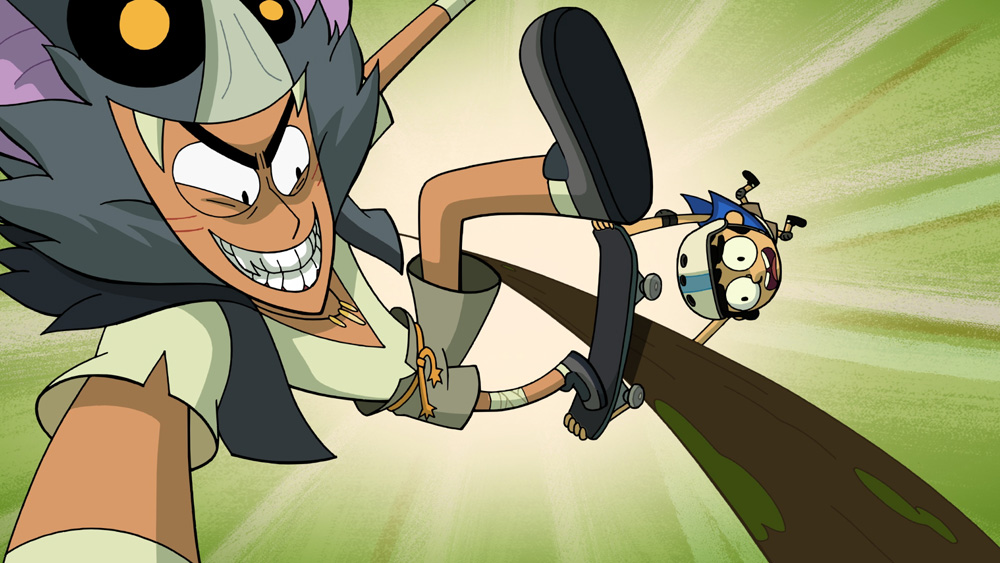 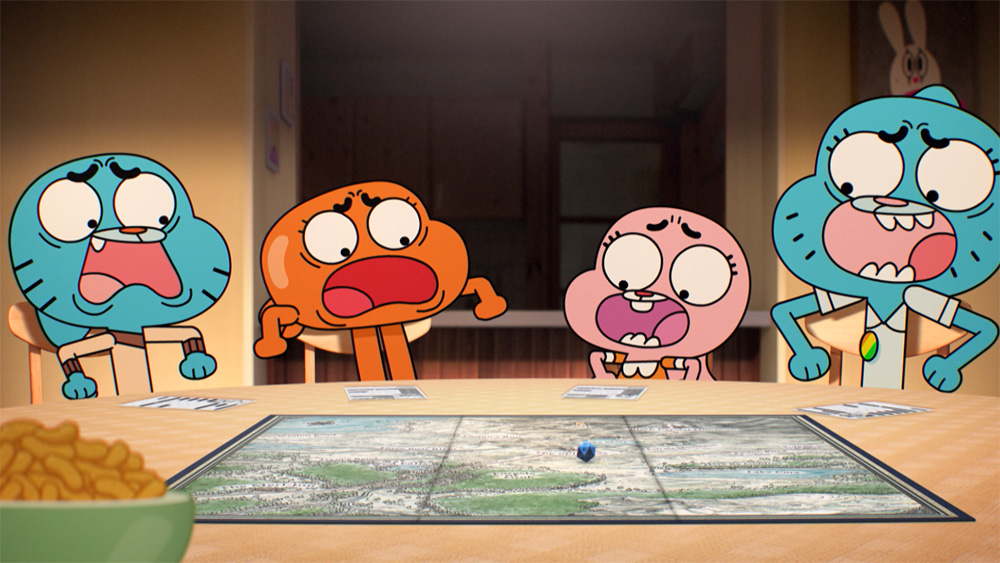 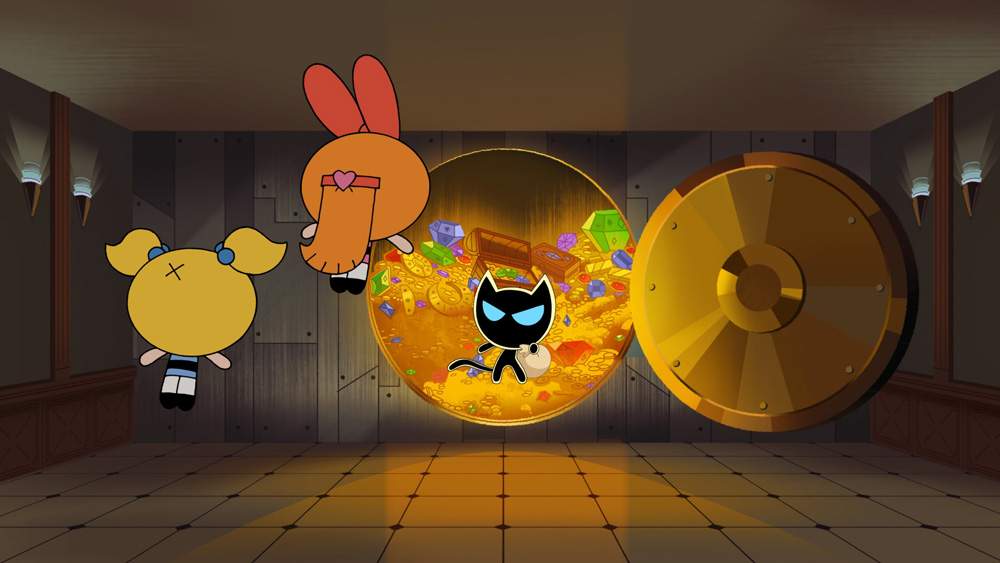 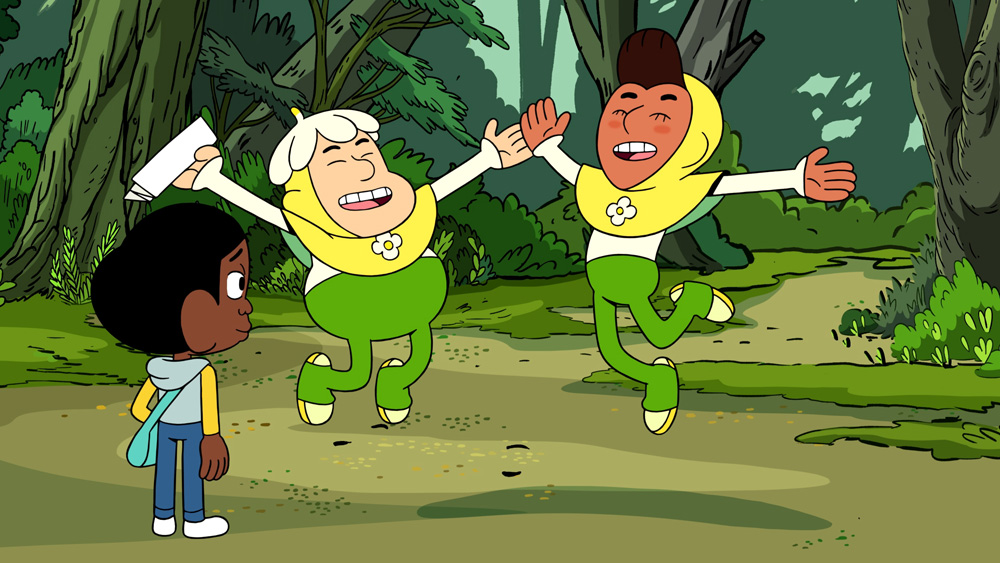