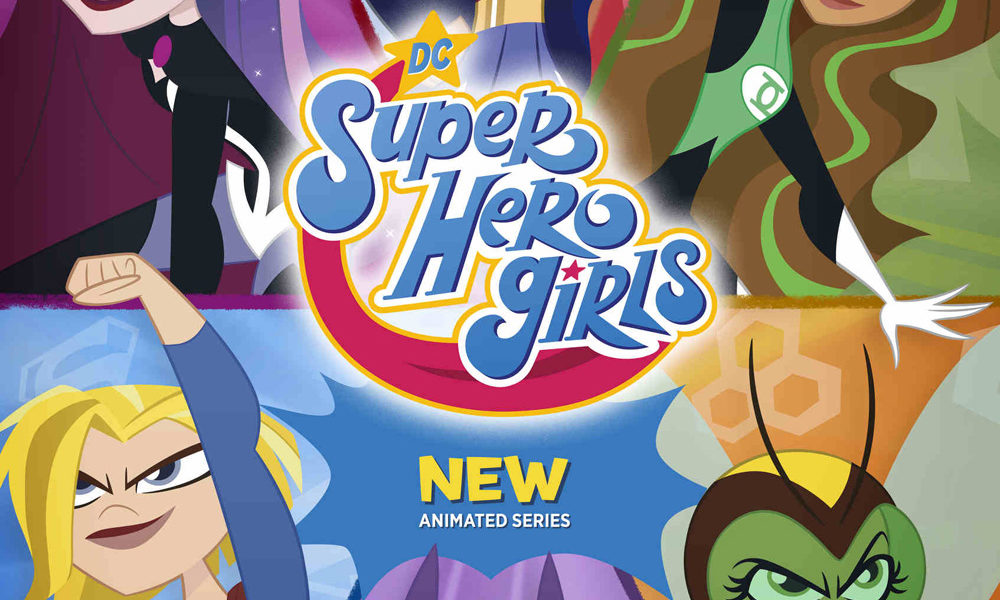 Cartoon Network is kicking off a month of March programming with girl power in high gear, with the highly anticipated premiere of DC Super Hero Girls on International Women’s Day on Friday, March 8 at 6 p.m. ET/PT. The new series launches with a one-hour premiere special, “#SweetJustice.” featuring six iconic female superheroes from the DC Universe. Leading up to the premiere, fans can tune in at 6 a.m. for an all-day marathon of new and classic episodes of Cartoon Network series featuring strong female characters.

Blossom, Bubbles and Buttercup also return to Cartoon Network this month, with new episodes of Powerpuff Girls premiering on Sundays at 4:30 p.m. ET/PT beginning March 17. Big sister Bliss also returns on March 24 in a brand new episode, titled “Lights Out,” in which a new gadget brings a little more power to Townsville than the superhero sisters anticipated.

CN will also feature female character with 60 unique episodes streaming on the Cartoon Network App, and across its programming worldwide on International Women’s Day. On and off screen, the network is rolling out a range of empowering programming, events and activations around the world:

U.S. – An empowering all-new collection from designer Christian Cowan launches on International Women’s Day in Los Angeles. The previously announced partnership celebrates confidence and positivity by recreating the unstoppable sense of sisterhood that The Powerpuff Girls represents. The fearless collaboration will fight gender inequality by benefiting She’s the First (STF), a nonprofit that uplifts young women through education, mentorship and leadership.

EMEA – Fans can watch exclusive YouTube content featuring the best girl power moments from The Powerpuff Girls and more this March and in Italy, The Powerpuff Girls are joining forces with L’Oreal for “A Beautiful Day,” an annual mother-daughter day at the L’Oreal Academy of Rome on Saturday, March 9.

APAC – Cartoon Network’s EMPOWERPUFF, a campaign that casts a spotlight on trailblazing individuals, officially kicks off in Asia Pacific on Friday, March 8, alongside an all-day marathon of The Powerpuff Girls.

LATAM – In Latin America, fans can tune in for a marathon of The Powerpuff Girls all day on Friday, March 8. 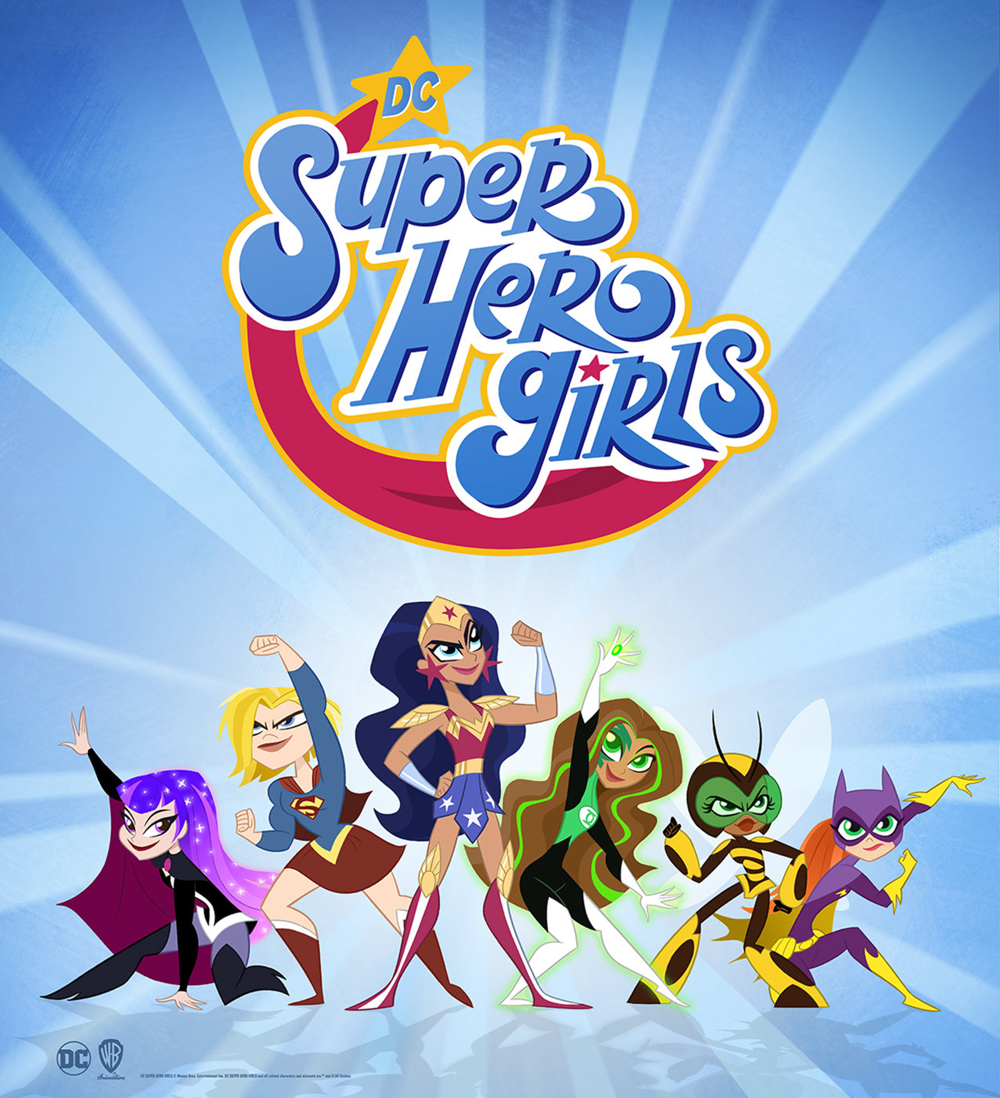 DC Super Hero Girls
Friday, March 8 at 6 p.m. (ET/PT) “#SweetJustice” When six ordinary girls meet and discover that they each have extraordinary powers, they decide to join forces to take on one of Metropolis’s most sinister villains.
Sunday, March 17 at 4 p.m.(ET/PT) “#AdventuresInBunnysitting” Zee asks Kara to look after her two magical bunnies, which quickly start to multiply, wreaking havoc all across Metropolis.
Sunday, March 24 at 4 p.m. (ET/PT) “#HateTriangle” When Hal’s ex-girlfriend shows up at the Metropolis High homecoming game and goes love-ballistic as the villain Star Sapphire, Jessica begins to second-guess her own nonviolent tactics.
Sunday, March 31 at 4 p.m. (ET/PT) “#BurritoBucket” Babs loves her job at a fast food restaurant, but her boss would love any excuse to fire her. When a bank robbery breaks out across the street from work, Babs is torn between her role as a superhero and dutiful Burrito Bucket employee. 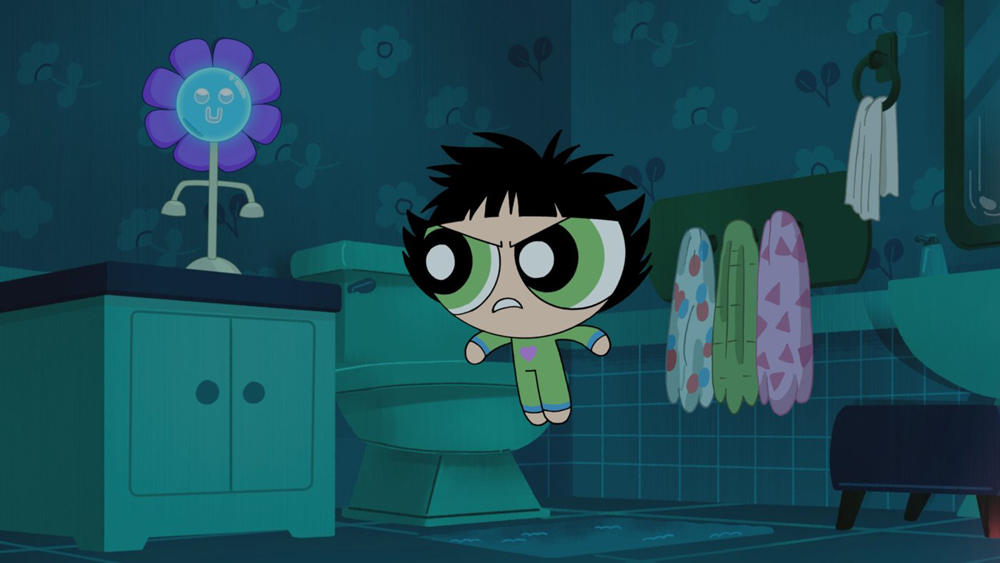 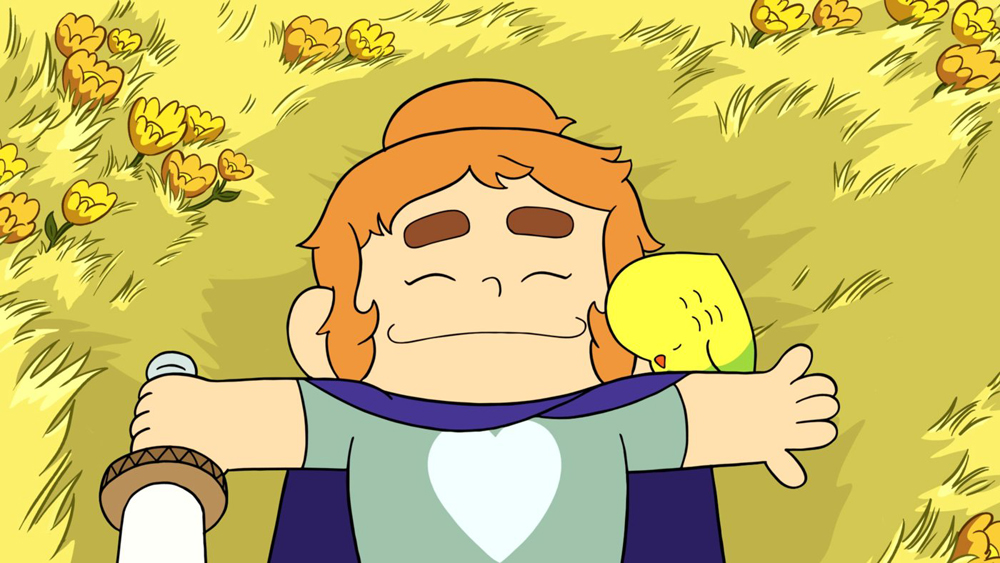 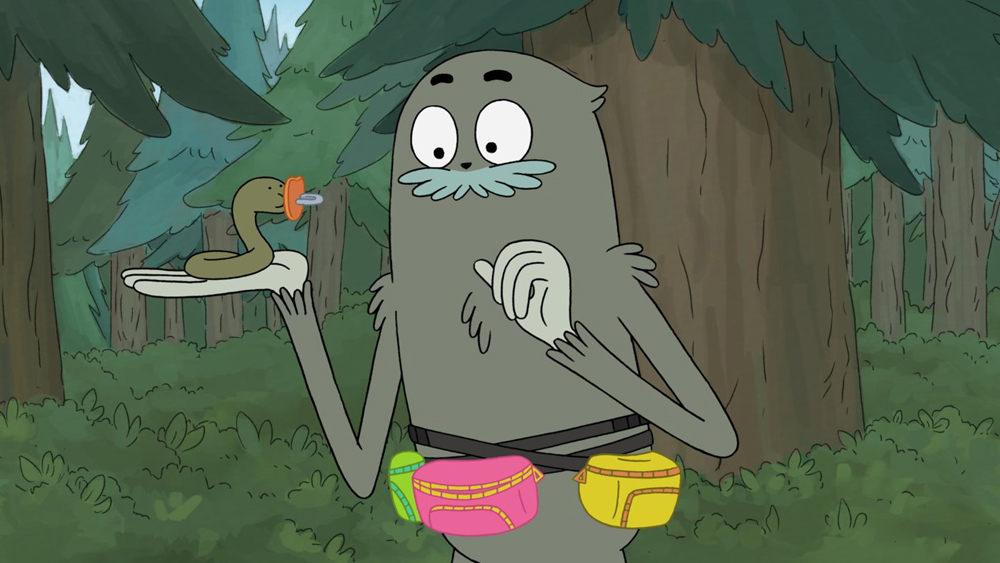 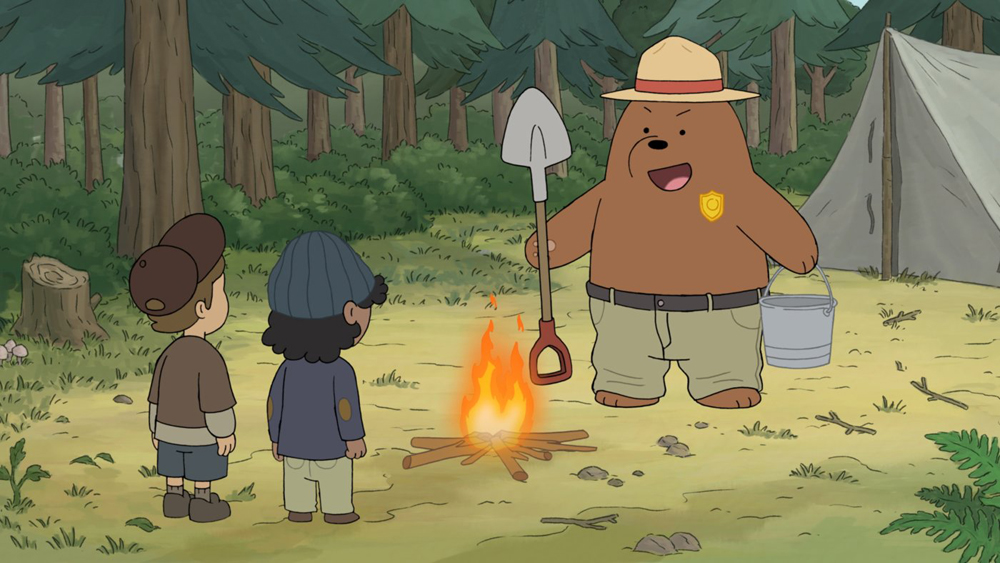 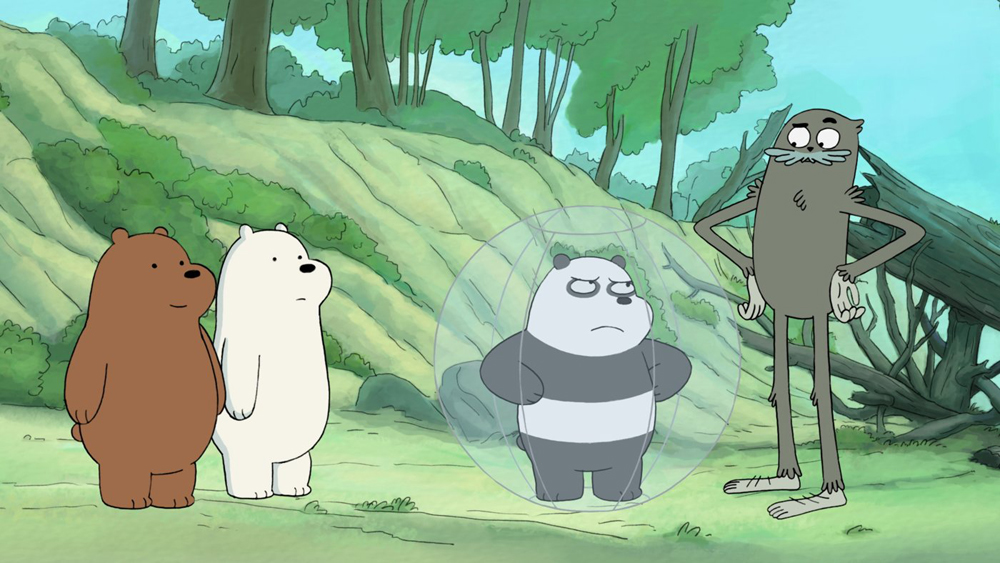 Victor and Valentino
Saturday, March 30 at 9:30 a.m. (ET/PT) “Folk Art Foes” When Vic accidentally unleashes the lord of mischief from an ancient relic, Victor and Valentino have to work together to trap it back inside.
“Dead Ringer” When Vic doesn’t pick Val for his soccer team, Val vows to win with his own squad. But when his team doesn’t match up, he resorts to supernatural means to win.
“Brotherly Love” After breaking Chata’s plant, Vic and Val must accomplish the seemingly easy task of replacing it; this proves difficult when their squabbling puts Monte Macabre in jeopardy.
“Chata’s Quinta Quinceañera” Vic and Val want to go to a friend’s pool party on the same day as their grandma’s quinceañera, so they use a magical flute that allows them to teleport and attend both at the same time. 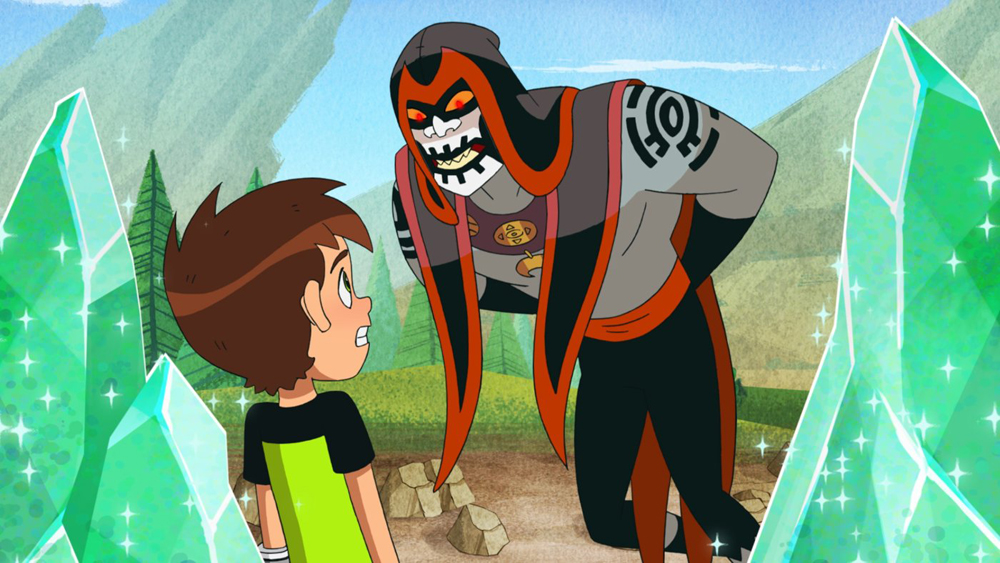 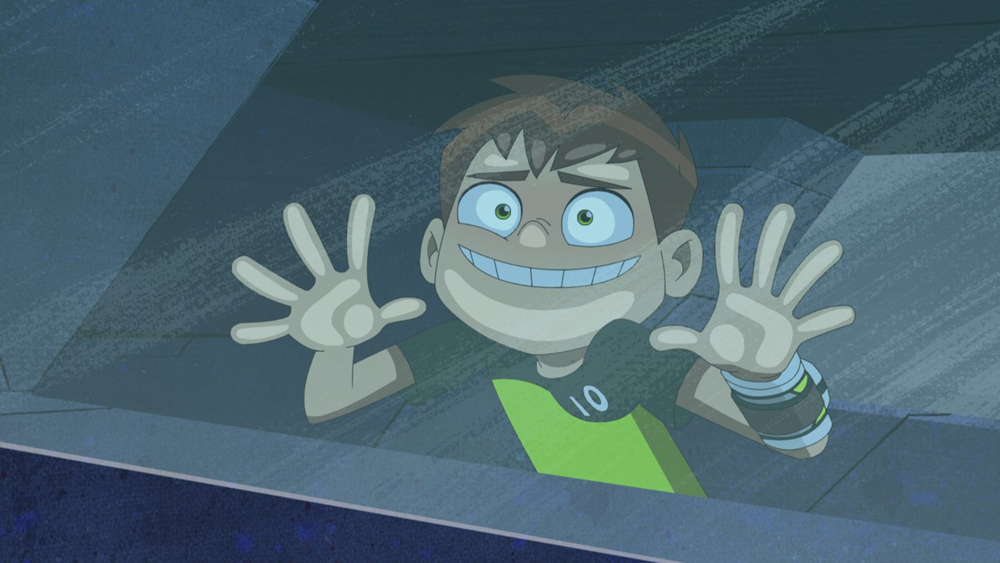 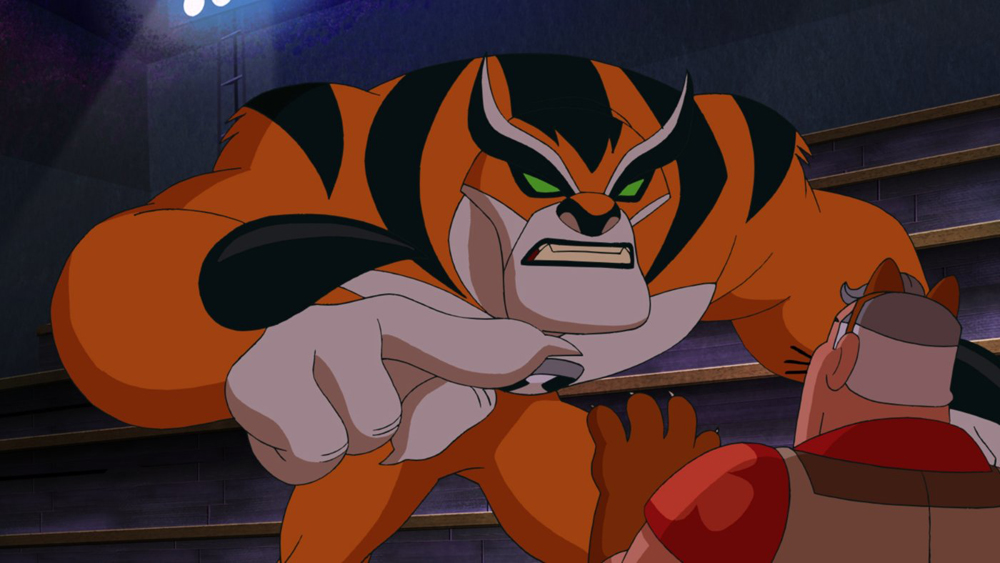 Ben 10
Saturday, March 2 at 12 p.m. (ET/PT) “Rath of Con” Ben can’t get into a cat cosplay competition, Top Tail, without a costume of his own; but when he goes Rath, a new cat-like alien with an attitude, Ben’s newfound wild side quickly becomes much more than he bargained for.
“Poles Apart” A trip to the South Pole goes upside down when Team Tennyson lands on the North Pole instead, but Ben quickly discovers the culprits, magnetically-powered scientists who want to hold the world ransom by reversing the Earth’s poles!
Saturday, March 9 at 12 p.m. (ET/PT) “Show Don’t Tell” Ben, Gwen, and Grandpa Max arrive at a Native American national park to witness an ancient Stonehenge-like rock formation. But when the sorcerer Hex arrives, Ben must battle against a beast Hex magically made out of huge rocks!
“Welcome to Zombozo-Zone!” During medieval times, Team Tennyson must fight to remember that they’re not in the past at all, but actually at a Renaissance-esque faire, where “King Zombozo” has hypnotized its guests into thinking they live in the past!
Saturday, March 16 at 12 p.m. (ET/PT) “Bridge Out” After an overpass collapses on the highway, Team Tennyson is in a traffic jam along with Simon Sez and family. But when Ben and Simon team up to tackle the gridlock together, Simon only makes matters much, much worse.
“Beach Heads” After traveling to Tampa Beach, Florida, Team Tennyson hopes to get some much-needed rest & relaxation, but the tempests without a temper, the Weatherheads, have other plans that Ben must thwart: to build a new beach base!
Saturday, March 23 at 12 p.m. (ET/PT) “Charm School’s Out” During a family cookout at a forest campsite, Charmcaster users her magic to switch places with Gwen, but when Ben catches “Charmcaster” sneaking about, he attacks, unaware it’s actually his cursed cousin!
“Billy Bajillions” In Aspen, Colorado, Ben, Gwen, and Grandpa Max are on a hike to find the Forgeti, but when they realize they’ve stumbled upon Billy Billions own “Winter in July” ski resort, Ben must battle Billy, with an assist from the Forgeti itself.

Bakugan: Battle Planet
Saturday, March 2 at 7 a.m. (ET/PT) “All Jungled Up/Outer Demons” AO experience mind altering effects of the nearby Core Cell and come face to face with the Bakuzon monster Tiko. Then, the AO find the doorway out of Vestroia only to learn they have entered a mirror world of their own imagining.
Saturday, March 9 at 7 a.m. (ET/PT) “Matter of the Mind/Core Cell” Drago leads the Bakugan against the threat of Tiko to protect a powerful energy source.. Then, AO defend the Core Cell from an attack by Tiko and in a last ditch effort to save it Dan manages to evolve Drago into his L2 form.
Saturday, March 16 at 7 a.m. (ET/PT) “Subterranean Homesick Blues/Honey Struck” AO return home to learn that no time has passed but they soon discover their knowledge of brawling has gotten years advanced. Then, after Strata is sent packing the AO discover that they have picked up a hitchhiker a Panda-like Bakugan.
Saturday, March 23 at 7 a.m. (ET/PT) “Shun Shine/Ronin Son” AO want to evolve their Bakugan like Dan did with Drago but only Shun finds a way by tapping into the energy of the Mind Core Cell. Then, Shun’s cousin claims Hydorous as his intellectual property the AO must battle to keep their friend.
Saturday, March 30 at 7 a.m. (ET/PT) “Framing Device/Bad Actors” Confronted by China, Riot Lia learns to evolve Pegatrix after realizing the true meaning behind her filming obsession. Then, Dan tries to lie about evolving Drago and gets exposed while the team face off against Duran Dane and his Bakugan.