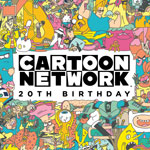 Cartoon Network will celebrate its 20th anniversary on Oct. 1, and plans to mark the occasion by throwing a big, star-studded bash.

On Oct. 1, the network will air a special schedule of birthday-themed episodes from such hit shows as The Looney Tunes Show, The Powerpuff Girls, Dexter’s Laboratory, Adventure Time, Regular Show and The Amazing World of Gumball.

The day-long event also will include the premiere of an original music video paying tribute to the network’s 20 year history, airing at 6:58 p.m ET and PT, followed by the 100th episode of Adventure Time  at 7:30 p.m. and the Season 4 premiere of Regular Show at 8 p.m.

The video features original music by Mad Decent and original animation created by London-based ILOVEDUST. It spotlights nearly 100 cartoon stars that have contributed to Cartoon Network over its history. Shortly following its premiere, the music video will be made available for free online for download and streaming viewing.

The celebration will continue each weekend in October, with airing of classic theatrical shorts and network series episodes selected by voters in various categories on CartoonNetwork.com. The month-long bash culminates Nov. 3-4 with an afternoon on-air tribute announcing the fan-selected winners of each category. 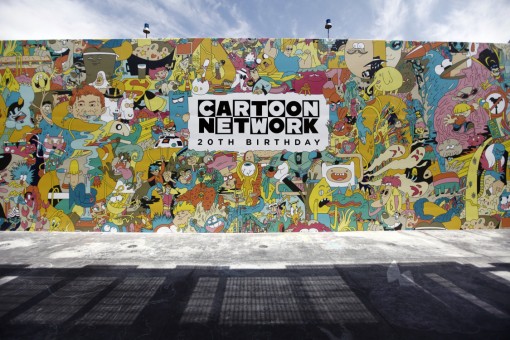