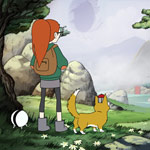 Cartoon Network has announced its largest content slate ever, hailing from a new wave of creators telling stories that speak to today’s kids. In addition to new series, the brand is also adding more than 30 games and apps to its mobile and web portfolio (over 200 million worldwide downloads) which now also includes a series of podcasts, VR and AR experiences.

The next gen of CN creators includes Owen Dennis, with the mysterious and magical adventures Infinity Train; and Diego Molano, who blends Latin American supernatural lore with comedy in Victor and Valentino. These toons will soon previously announced Summer Camp Island from Julia Pott (debuting this summer) and Craig of the Creek by Matt Burnett and Ben Levin, recent premiere Apple & Onion from George Gendi, and Warner Bros. Animation’s LEGO Movie spin-off Unikitty!

“It has always been in our DNA to embrace kids for who they are and build relatable worlds, stories and characters for them,” said Christina Miller, president of Cartoon Network-Adult Swim-Boomerang. “This moment is especially exciting because this new wave of talent naturally brings depth and interactivity to their storytelling. It is a perfect match for our audience!”

New seasons, specials and episode premieres of award-winning and fan-favorite series Adventure Time, Ben 10, OK K.O.! Let’s Be Heroes, Steven Universe, The Amazing World of Gumball, The Powerpuff Girls, Teen Titans Go!, We Bare Bears, Mighty Magiswords and Clarence will continue to roll out on TV and digital throughout the year.

“Cartoon Network continues to see growth in time spent on video and gaming platforms as kids are enjoying our content across a vast array of environments,” said Donna Speciale, president of Turner Ad Sales. “The best way for brands to reach and engage our fans is through a total audience approach that captures all of these relevant spaces.”

Craig of the Creek – Co-created by three-time Emmy-nominated Steven Universe writers Matt Burnett and Ben Levin, Craig of the Creek follows the precocious Craig as he leads his best friends J.P. and Kelsey on comical journeys at their neighborhood creek, transforming everyday afternoons into thrilling expeditions through imaginative play. An episode is available on the CN App and VOD now, with new episodes debuting linearly on Friday, March 30.

Infinity Train – With a groundswell of fan support of the original short created through the Artist Program, this mystery adventure created by Owen Dennis follows a precocious young girl named Tulip who finds herself on a train full of infinite worlds and tries to find her way home. Infinity Train will debut in 2019. [Watch the short here.]

Summer Camp Island – In this wildly imaginative series based on an original Cartoon Network short created by Julia Pott, Summer Camp Island will unfold the mysteries that Oscar and his best friend Hedgehog encounter at a magical summer camp. Having completed a momentous festival run that included Sundance Film Festival, the highly anticipated series will premiere this summer. [Short film trailer.]

Victor and Valentino – Created by Diego Molano, this supernatural adventure comedy follows two half-brothers who spend a summer with their grandma in Monte Macabre, a small and mysterious town, where the myths and legends of Latin American folklore come to life. Victor and Valentino can be seen later this year. [Watch the short here.]

Bloons Adventure Time TD – Developed by Ninja Kiwi and based on their megahit Bloons Tower Defense franchise, Bloons Adventure Time TD features the Bloon hordes invading the Land of Ooo! Finn and Jake will need all the help they can get to stop them. Players can recruit their favorite Adventure Time characters including Princess Bubblegum, Marceline, Ice King and more, as well as the monkeys from the Bloons TD franchise as they travel from kingdom to kingdom to send the Bloons packing. The free-to-play game will be available this summer.

Ben 10 Alien Experience – Featuring the Omni-Enhanced Aliens of Ben 10 season two and synergizing with the new Playmates Toys Action Figures, this updated and enhanced augmented reality game will feature new gameplay, levels and enemies allowing fans to become Ben 10 in their own environment. Players can also use the camera feature to transform themselves into even more Aliens than before and save their own Omni-Enhanced photos and videos. Ben 10 Alien Experience is a free, ad-supported game and expected to be updated on all mobile platforms in August. 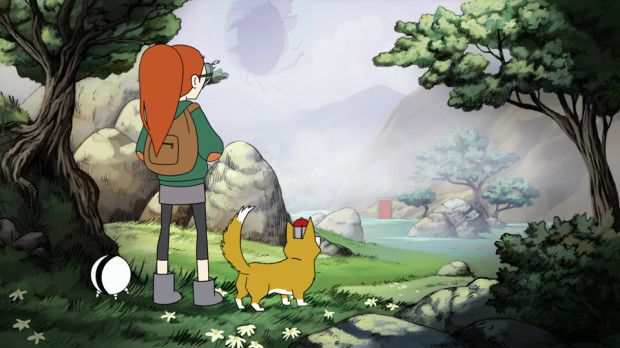 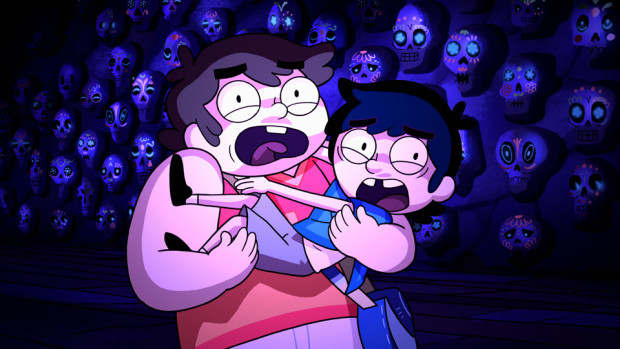 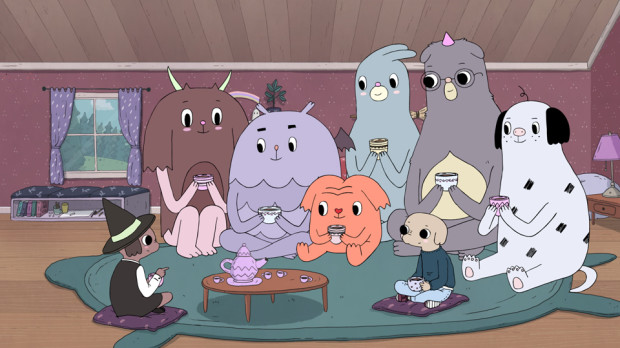