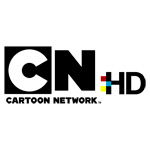 Turner has launched Cartoon Network HD in Indonesia on leading national cable platform First Media this week. This is part of a regional rollout plan for CN that kicked off in the Philippines in January. The new channel complements Turner’s existing portfolio of news and entertainment channels currently available in Indonesia including CNN, Cartoon Network, Turner Classic Movies, truTV and Boomerang.

As the first kids’ high-definition channel for viewers in the world’s fourth most populous country, Cartoon Network HD offers the ultimate TV experience to millions of homes with a host of award-winning animation in vivid audio and visual detail.

“Indonesia is a priority market for Turner in Asia and we’re thrilled to be joining with First Media to pioneer the ultimate kids’ TV viewing experience here,” said Sunny Saha, Turner Asia’s senior VP and managing director. “Our young and growing fan base is increasingly sophisticated in their content consumption, and Cartoon Network HD takes the experience of animated storytelling to a whole new level.”