Ahead of the fall premiere of its fifth season, Cartoon Network announces that it has greenlit season six of its global hit animated series The Amazing World of Gumball. Produced in the U.K. and Germany, Cartoon Network Studios EMEA’s mixed-media family sitcom has been an international favorite since launching in 2010.

Following the adventures of an energetic blue cat Gumball and his offbeat family, The Amazing World of Gumball has scooped 28 international awards to date, including six BAFTAs and an Emmy. Season six began this month at CN’s EMEA studio, Great Marlborough Productions in London. Season five will roll out internationally this September and arrive in North America next year.

“Gumball, Darwin and the Watterson family have so much more to give and I’m excited to be working with our fantastic team at Cartoon Network Studios here in London to create a sixth season of The Amazing World of Gumball,” says show creator Ben Bocquelet. “We have big plans for the show and are already working on new episodes that we hope will have audiences laughing louder than ever. Thank you to Cartoon Network for truly supporting the show and our creative vision, and apologies once again to my family who are about to be the butt of another series of jokes.”

The Amazing World of Gumball is exec produced by Sarah Fell and series-directed by Mic Graves. 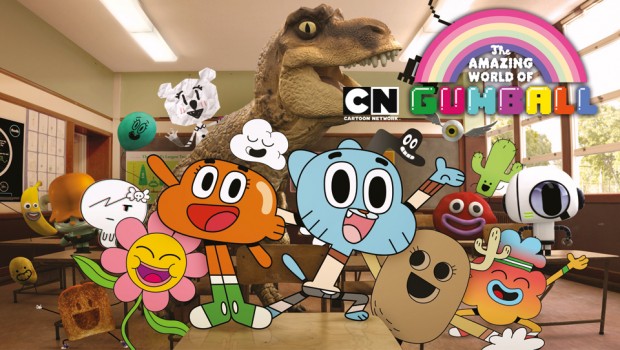