Cartoon Network has doubled down on global hit series The Amazing World of Gumball, having greenlight two additional seasons (third and fourth) of the first-ever Cartoon Network Studio Europe confection. Created by Ben Bocquelet and directed by Mic Graves, Gumball follows the titular blue cat hero and his best pal Darwin the goldfish as they navigate their crazy mix-media animation world. Season three is slotted for a Thursday, June 5 premiere at 6:30 p.m. on Cartoon Network in the U.S.

The five-time BAFTA-winning series has been snapping up awards around the world since its 2011 debut, including honors from the International Academy of Television Arts & Sciences, Annecy Int’l Animated Film Festival and ASIFA-Hollywood’s Annie Awards voters. The show blends 2D, 3D and live-action elements and is produced at Cartoon Network’s EMEA studio, Great Marlborough Productions in London’s Shoreditch neighborhood. 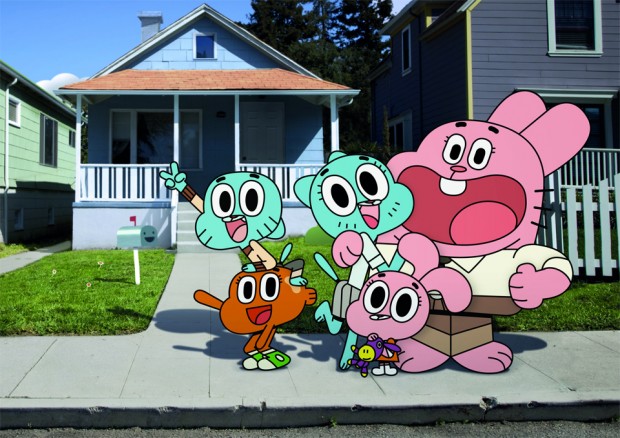