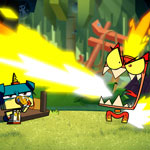 LEGO Movie fans can ring in the new year with a brand new series starring one of the flick’s standout characters as Cartoon Network premieres Unikitty! on Monday, Jan. 1 at 6 a.m. ET/PT. Six episodes of the sparkle-filled Warner Bros. Animation series will rotate throughout the day on TV, with episodes also available on the Emmy-winning CN app and VOD.

As ruler of the kingdom, Unikitty has busy days full of royal responsibilities. Unikitty is most interested in making sure everyone is happy and ridding the kingdom of negativity, but don’t misunderstand her optimism – she is one kitty not to be crossed. While she may be full of boundless energy and creativity, Unikitty is a force to be reckoned with if anyone gets in the way of spreading her positive vibes – especially if anyone makes her little brother and best friend, Prince Puppycorn, sad. Also living in the castle are Dr. Fox, the resident scientist, and Unikitty’s trusty bodyguard, Hawkodile. Through it all, Unikitty and her friends make sure that every day is the happiest and most creative ever.

The launch lineup for Jan. 1 is:

6:00 a.m. (ET/PT): “Action Forest” – Hawkodile is the toughest action hero in the land, until his old rival shows up to take vengeance on him. Defeated and in need of help, Hawkodile must train Unikitty and the others into super muscle­y tough bros. And there’s only one place unstoppable warriors are made, the Action Forest.

8:00 a.m. (ET/PT): “Fire & Nice” – When Master Frown causes Unikitty to have an angry outburst that gets a little too destructive, she wishes her Rage Kitty side wasn’t part of her anymore. Thanks to a new Dr. Fox invention, she gets her wish.

9:00 a.m. (ET/PT): “Rock Friend” – Unikitty discovers Puppycorn’s only other friend is a boring old rock. Encouraged to “make more friends,” Puppycorn takes her advice and decides to literally make a new friend out of the best parts of his friends.

10:00 a.m. (ET/PT): “Kitchen Chaos” – After a workplace injury, Richard is unable to do his servant work. Unikitty and the others take on the task of one simple chore, clean the kitchen. This incredibly boring task taxes our heroes as they find every way possible to not do it.

11:00 a.m. (ET/PT): “Crushing Defeat” – When Hawkodile develops a secret crush on Dr. Fox, he finds himself actually crushing down in size! Unikitty and the gang become his love gurus to help him confess his feelings before he shrinks away into nothing. 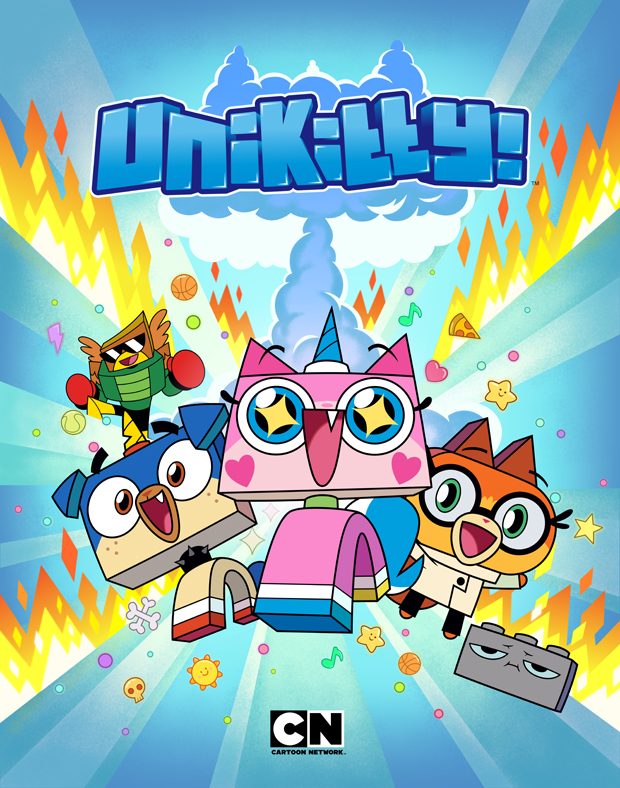 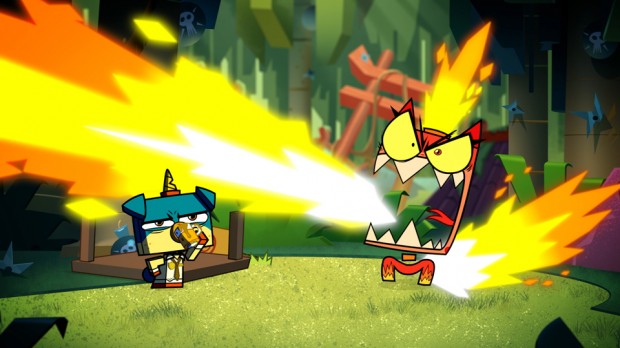