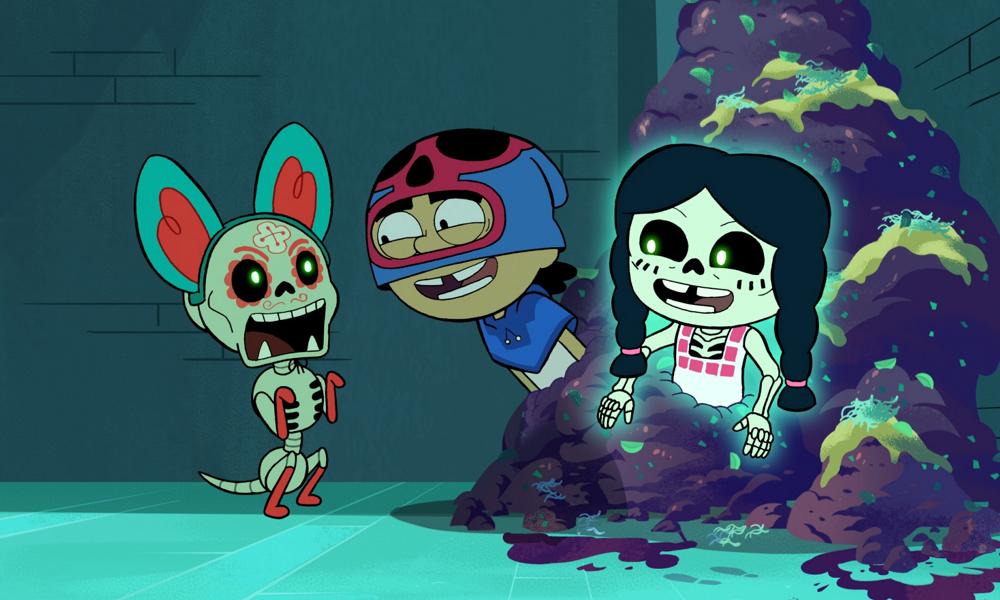 Trick or treating might look a little different this year, but Cartoon Network’s got fans covered. It’s all treats, no tricks with a month-long “Treat-A-Thon” beginning Monday, Oct. 5. Catch new ghouly-themed episodes of Victor and Valentino every Monday-Thursday throughout October, as well as premieres each weeknight from series including Apple & Onion, Craig of the Creek, Teen Titans GO! and more.

This all leads up to the ultimate treat: a full day of spooktacular programming featuring episodes from CN favorites on Saturday, Oct. 31 starting at 6:00 a.m. ET/PT.

Plus, don’t miss the premiere of Ben 10 vs. The Universe: The Movie on Saturday, October 10 at 10 a.m. ET/PT! It will be available for fans across the globe and released digitally on Oct. 11 on all major platforms, as well as on DVD Oct. 13 by Warner Bros. Home Entertainment. (Read more.)

October will also bring in more action-packed installments of Bakugan: Battle Planet (every Sunday at 6:30 a.m. ET/PT) and Ninjago (Sundays of Oct. 4 and Oct. 11 at 7 a.m. ET/PT). 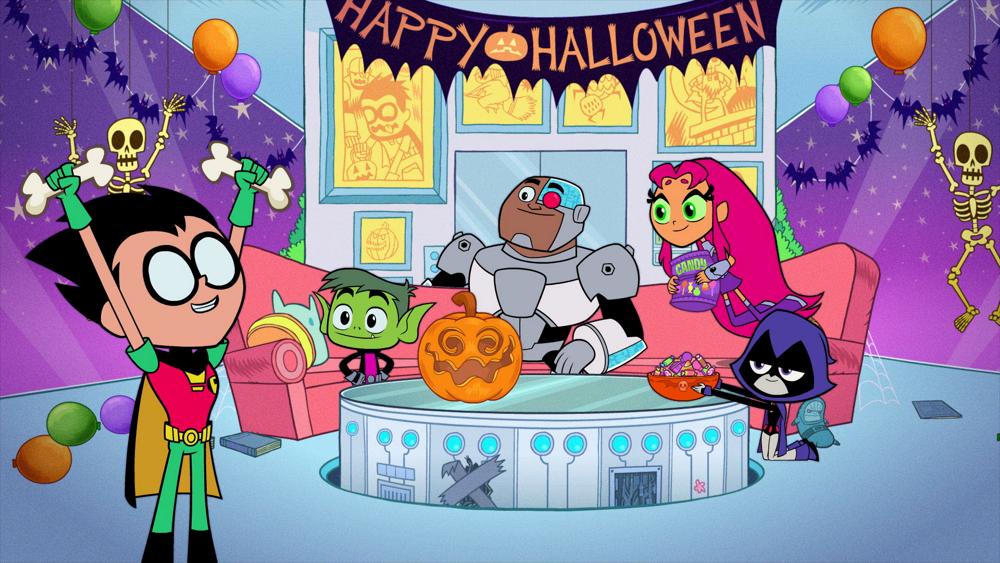 7 p.m. ET/PT Teen Titans GO! “Ghost With the Most” — When the Halloween Spirit is kidnapped, the Titans must team with Beetlejuice to save the holiday.

7:30 p.m. ET/PT Victor and Valentino “Escaramuza” — When Valentino’s favorite Escaramuza team loses a member, he convinces Xochi to join the squad. He becomes her coach and will do anything to win the big competition.

7:30 p.m. ET/PT Victor and Valentino “Los Pajaros” — When Valentino trades Huitzi’s gifts for one of his own, the birds in town start to turn on him.

7 p.m. ET/PT Teen Titans GO! “TV Knight 6” — Batman is forced to go to the department store with Alfred, but runs off to watch TV with Commissioner Gordon.

7 p.m. ET/PT Teen Titans GO! “Kryptonite” — When Robin explains that knowing your weakness makes you a better superhero, Starfire journeys to find hers.

7 p.m. ET/PT Teen Titans GO! “Thumb War” — As the other Titans engage in an all out thumb wrestling war, Starfire tries to broker peace.

10 a.m. ET/PT Ben 10 vs. The Universe: The Movie PREMIERE The action-packed TV movie will focus around a blast from Ben’s past returning to do double the damage on Team Tennyson and planet Earth itself, forcing Ben to go interstellar to save the day. Meanwhile, Gwen and Grandpa Max team up to help protect the world in Ben’s absence. But when our boy hero is confused for the villain in space, Ben must figure out a way to get back to Earth to help save it! 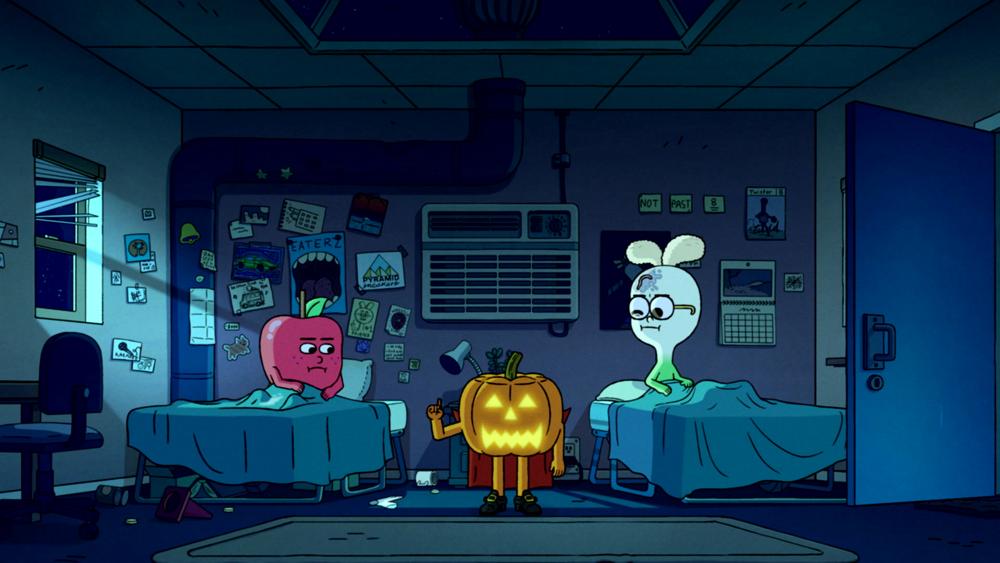 7 p.m. ET/PT Apple & Onion “Ferekh” — Apple and Onion have to get Falafel’s beloved rooster back from scientists.

7 p.m. ET/PT Apple & Onion “Pat on the Head” — Apple must unhypnotize Onion before they can cook for a very important guest.

7:30 p.m. ET/PT Victor and Valentino “The Cupcake Man” — When Victor’s bad behavior gets out of control, Chata sends him to the one man in town who can set him straight: The Cupcake Man. 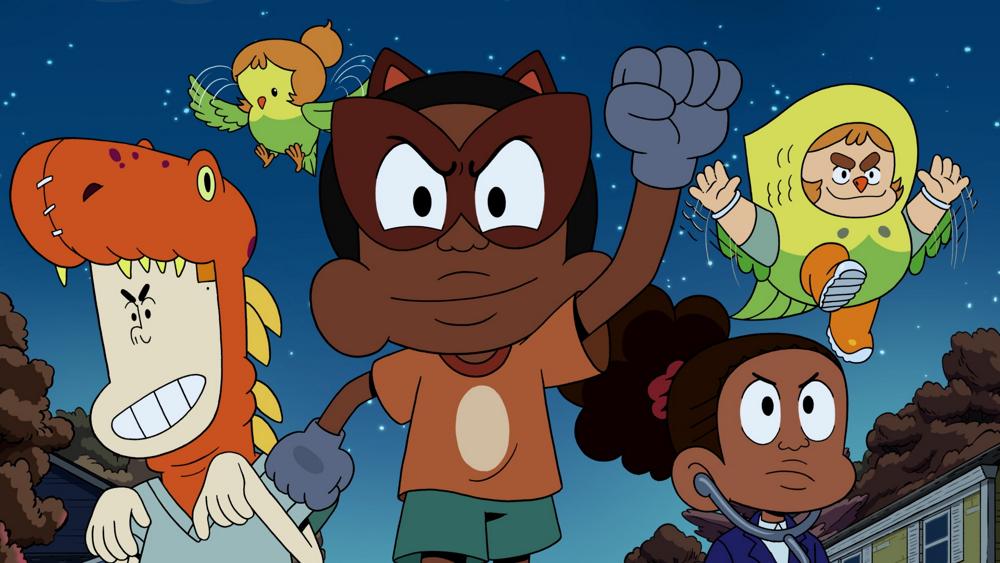 7 p.m. ET/PT Craig of the Creek Trick or Creek” — It’s Halloween at the Creek, and Craig is on a mission to collect as much candy as humanly possible, but a spooky ghoul from the Creek’s past threatens his haul.

7 p.m. ET/PT Craig of the Creek “Fall Anthology” — In an attempt to finish a school project, Craig remembers some of his favorite Fall moments.

7:30 p.m. ET/PT Victor and Valentino “Charlene Mania” — When Victor attempts to have the perfect day off, the town’s sudden obsession for Charlene gets in his way.

7 p.m. ET/PT Craig of the Creek “Afterschool Snackdown” — Craig enters a food competition in the Creek, but worries he may be out of his league.

7 p.m. ET/PT Craig of the Creek “Creature Feature” — Craig finds himself being chased by a monster in the Creek that’s straight out of the movies!

7:30 p.m. ET/PT Victor and Valentino “Poacher Patrol” — When Don bestows Valentino the responsibility of patrolling the lake, Valentino takes it too far and stops who he believes to be a poacher — with disastrous consequences.

7 p.m. ET/PT Craig of the Creek “King of Camping” — The Williams family goes camping and Craig helps his dad prove he’s the King of Camping. 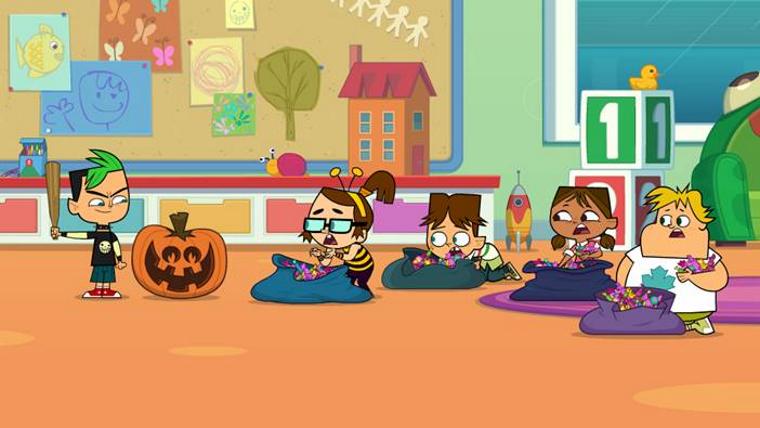 “Duncan Carving” — Duncan takes advantage of a questionable Halloween legend to steal candy from his classmates.

7:30 p.m. ET/PT Victor and Valentino “Lonely Haunts Club 3: La Llorona” — When Valentino sets out to get a little privacy in the woods, Victor is bent on pranking his unsuspecting brother – that is, until Valentino goes missing…

7 p.m. ET/PT Total Dramarama “Tu Ba Or Not Tu Ba” — The class tries to help Chef achieve his dream of joining the world’s most famous tuba band, Tubalicious, only to regret it when they realize how much they’ll miss him.

7:30 p.m. ET/PT Victor and Valentino “In Your Own Skin” — When Valentino is mocked for his lack of style, he’s determined to get a designer hoodie to prove he has a sense of fashion, which turns out to be harder than it looks.

7:30 p.m. ET/PT Victor and Valentino “Ghosted” — Victor makes a ghost friend but when she interferes with his shot at being part of the cool kids’ Tlatchtli team, he must choose between the two.

7 p.m. ET/PT Total Dramarama “Way Back Wendel” — Courtney must deliberately lose a challenge or let the entire world go back in time. It’s a really hard choice for her.

7 p.m. ET/PT Total Dramarama “Stingin’ in the Rain” — When Chef gets locked outside in a storm, the kids mistakenly assume he’s a robber and decide to protect the Daycare… by any means necessary.