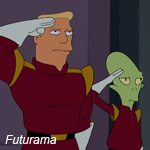 For the first time ever, the creators and cast members of Comedy Central’s hit sci-fi/comedy toon Futurama will participate in a live-stream chat to discuss all the behind-the-scenes mayhem on this subversive series. The half-hour discussion, dubbed Futurama Live!, will feature creator/exec producer Matt Groening, exec producer David X. Cohen and cast members Billy West, John DiMaggio and Maurice LaMarche.

The gang will kick off following the Wednesday night airing of new episode “Zapp Dingbat” (check out a preview clip below) with a discussion of this latest adventure, which guest stars George Takei. They will also answer fan questions and offer an exclusive look at the July 18 episode “The Butterjunk Effect” as well as to-be-disclosed future episodes. West will also amuse viewers by performing several Fry Memes.

Futurama Live! will take off Wednesday, July 11 at 10:30 p.m. on the show’s webpage (www.cc.com/shows/futurama), Facebook page (/Futurama) and Ustream. Fans can submit questions via Facebook, Twitter (@ComedyCentral) or at Answerama, the show’s page on the Sci-Fi & Fantasy Stack Exchange. Fans are also encouraged to submit Futurama art that may be featured during the broadcast, and will have a chance to win special giveaways. 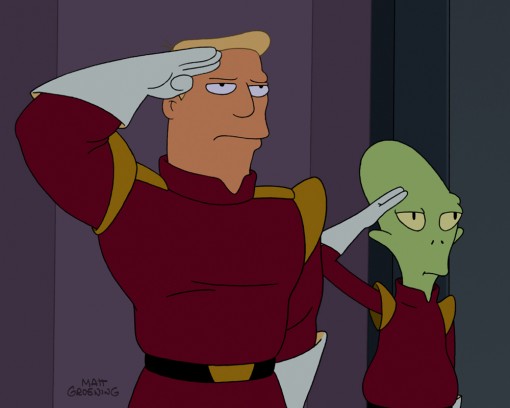 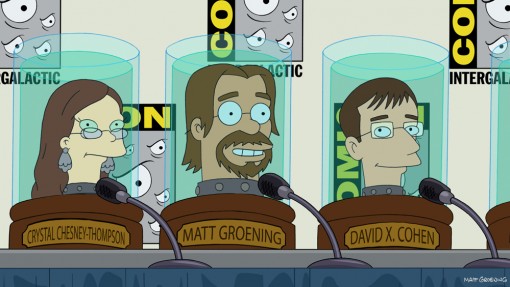