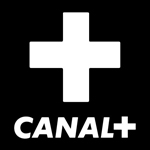 The agreement will bring the total number of countries and territories airing the series to 160.

“It’s a real honor for Squeeze to see our TV series being welcome in a country with such a rich film and TV culture,” said Denis Doré, president and co-founder at Squeeze. “Québec and France have always been close, especially when it comes to humor! This collaboration shows once again that the talent made in Québec has a tremendous potential to cross the borders.”

Created and produced by Squeeze, Cracké is a 3D animated slapstick, non-dialog comedy series that centers on an anxious ostrich dad named Ed and his beloved brood. In his desperation to protect his eight precious eggs, Ed causes all kinds of trouble and never misses a chance to make things worse for himself. The show has generated a mobile game, Cracké Rush, and season two is in production.

Cracké is produced in collaboration with Teletoon, which broadcasts the series in Canada; the Canada Media Fund, the Quebec Refundable Tax Credit for Film and Television Production (SODEC), the Canadian Film or Video Production Tax Credit (CPTC), CAVCO, the Bell Fund, and the National Bank.

Magic Light Producing ‘The Highway Rat’ for BBC One
The Science Behind Pixar Set for L.A.