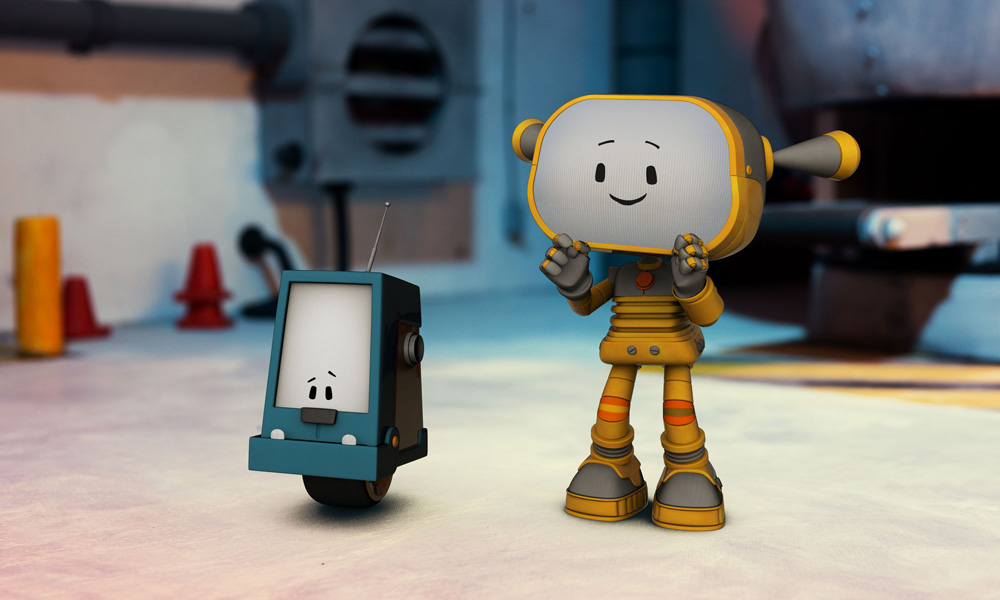 Cheshire Smile Animation is celebrating its production of 100 episodes of original children’s TV content, with the completion of soon-to-air children’s series RoBOTiK. The Saskatoon, Saskatchewan studio’s shows are available to stream for audiences around the world on platforms including Amazon Prime Video (U.S.), and on Canadian broadcast networks including Radio-Canada. All this has been accomplished from Cheshire Smile’s Riversdale location since the prodco was established in 2000.

“In this dew-point moment of the streaming era, Cheshire Smile has tremendous opportunity to connect children to their smiles that exist within… through the authentic telling of original stories,” commented Tim Tyler, Executive Producer.

RoBOTiK (a.k.a. BotShop) is a 42-episode, non-verbal animated series ready to stream worldwide. The show follows the adventures of a robot named BeKa and her dogBOT named BuBO. As BotShop, it will launch on air in French Canada on January 1, 2020, and will be available on CBC Gem and the TFO website. Worldwide broadcast and streaming rights are available.

Quizzine (30 eps.) is a guessing game TV show where young children are given clues describing a fruit or vegetable. With their discovery made, a delicious snack is revealed that children can make at home and enjoy with their parents, exposing kids to and encouraging them to eat their fruits and vegetables. Distributed worldwide by Bejuba! Entertainment, and currently airs on CJ Korea, TVO and City SK.

The Side Show Christmas (10 eps.) begins weeks before Christmas, when 13-year-old Jason Shanks discovers that his father’s eccentric Side Show has hit rock bottom. His father, Sandwell Shanks, recruits a new act to bring in the crowds: Santa Claus! The holiday series is currently streaming on Amazon in the U.S. Distributed worldwide by MultiCom Ent.; Canada & France streaming rights available.

Upcoming productions include 39 all-new, longer episodes of BotShop as well as a new preschool format called Party Playgroup, and a 26 x 22’ animated prime-time comedy in collaboration with Saskatoon’s Theresa Sokyrka called Back 2 Reality.

This October, EP Tim Tyler will be travelling to MIPCOM and MIP Junior in Cannes to present Cheshire Smile’s catalog to buyers and investors.