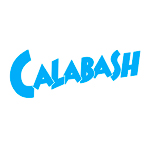 “Charlie’s basic design has hardly changed since he was first introduced in the early 60’s, but he has been interpreted in slightly different ways over the years,” says Calabash executive producer Sean Henry. “We felt obligated to stay as true as possible to the official look, but there were a lot of elements to the design that needed to be thought out carefully. Charlie’s design is pretty abstract, like a comic strip character. It works well as a drawing, but it is a real challenge to sculpt in 3D since it is only designed to be seen from one or two angles.”

Creative director Wayne Brejcha found inspiration in Blue Sky’s Peanuts Movie when it came to translating the midcentury 2D character design into 3D. “Charlie’s 3D spatial coherence is playful …Sean rigged our CG Charlie to be able to do what the hand-drawn cartoons can do. He’s not a strictly jointed armature – he’s more of a series of liquid forms, and we kept a sharp eye on the resulting 2D shapes you see as the final result to gauge how well we were capturing Charlie’s personality.”

The 15 second “Modern Charlie” spot pays homage to a classic ad from the 1960s, which sees Charlie playing the harp and “putting his heart into it” when his flute-playing sidekick Octopus reminds him that StarKist “doesn’t want tuna with heart, they want tuna that’s god for the heart.” Calabash has worked with the famous fish before, having produced the 2005 MasterCard Super Bowl ad “Icons,” in which Charlie sits down to dinner with Mr. Peanut, Count Chocula and other famous food mascots. 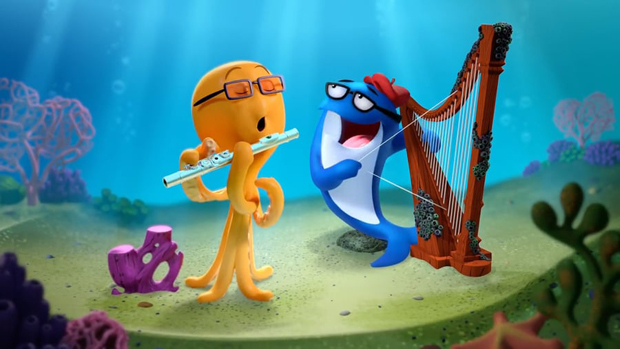